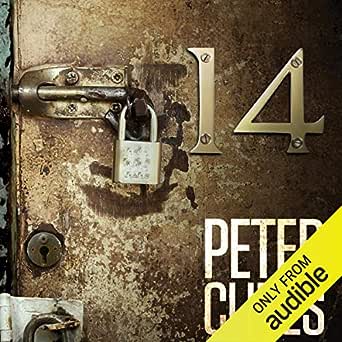 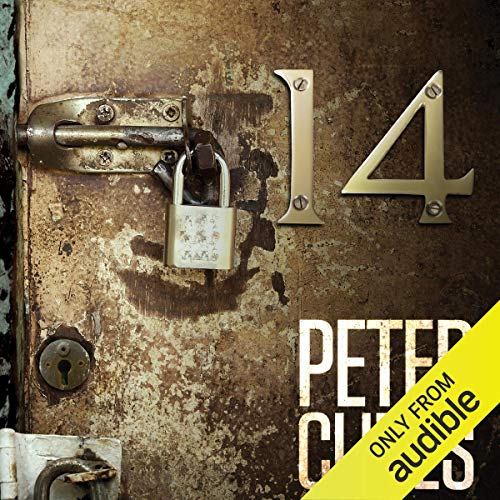 4.3 out of 5 stars
4.3 out of 5
980 global ratings
How are ratings calculated?
To calculate the overall star rating and percentage breakdown by star, we don’t use a simple average. Instead, our system considers things like how recent a review is and if the reviewer bought the item on Amazon. It also analyses reviews to verify trustworthiness.

Peter Eerden
TOP 500 REVIEWER
4.0 out of 5 stars Credibility issues aside this is a good read
Reviewed in Australia on 4 March 2016
Verified Purchase
I usually get peeved when choosing a book based on category and then find the Sci Fi I chose was actually fantasy. Putting that aside here we have an actual storyline that intrigues and keeps on giving. A house that's NOT. A place in time; NOT.

There are interesting characters that end fatally flawed (as in dead) and the heroes swap places more times than you turn the pages. It's a mishmash of ideas that in the end all come together leaving you with a good reading experience. I enjoyed though if I'm put on the spot as to why then I have to just say; READ IT.
Read more
Helpful
Report abuse

Mshell
4.0 out of 5 stars Good read
Reviewed in Australia on 2 October 2017
Verified Purchase
Couldn't put it down. Once I got past the fact that zombies were not going to start coming out of the walls. That's when it started getting interesting.
Read more
Helpful
Report abuse

T.N
5.0 out of 5 stars Mystery and horror.
Reviewed in Australia on 25 November 2015
Verified Purchase
The main character moves into a building that doesn't make much sense, good array of characters, memorial scenes, with inspiration from Lovecraft.
Read more
Helpful
Report abuse

Amanda J Hanrahan
4.0 out of 5 stars Sort of a dean koontz
Reviewed in Australia on 28 February 2017
Verified Purchase
I've read this story before, or elements of it. It kept me turning pages till the end. Definitely worth a read
Read more
Helpful
Report abuse

Jeffrey Swystun
TOP 500 REVIEWER
3.0 out of 5 stars A Melange
Reviewed in Australia on 23 June 2014
Clines surprised me with this adventure that was both campy and unique. It mixes up more than a few genres as the plot covers the mysteries in a L.A. apartment block. The overall reveal was refreshing and the last quarter of the book fooled me in its direction. There is more than a little Stephen King-vibe to it especially in the manner in which a group of relative strangers band together to battle a daunting malevolence. It does lose some appeal based on the cardboard, stereotypical characters and their cutesy banter that was not believable in the face of mind-blowing scenarios. It is not to be taken too seriously and therefore would make a good airplane or beach read.
Read more
One person found this helpful
Helpful
Report abuse
See all reviews

Quiltbee
5.0 out of 5 stars Imaginative yet rounded and satisfying!!!
Reviewed in the United Kingdom on 27 April 2020
Verified Purchase
It has been really difficult during this Crisis to find something I wanted to read. I started lots of books but put them down as not right and read lots of other books which were ok and mildly entertaining but this book was the most imaginative and entertaining thing I have read in a long time. I am a life long fan of Scy-fi but not really the ones that stray into fantasy. This book leads you step by step from the boring, tedious normal world we all know, and data entry is certainly that, had the temp jobs to prove it, into a world beyond. I needed to read on and my plot guesses were usually wrong. The world created however is rounded and satisfying! Best read of Lockdown so far!
Read more
One person found this helpful
Report abuse

M. King
1.0 out of 5 stars Nothing to see here.
Reviewed in the United Kingdom on 26 February 2019
Verified Purchase
Basically it’s 80% exploring a building to expose its secret which is just a mapping exercise with no real tension or excitement.

We have ludicrous segment with room 14 which makes no scientific sense at all then a final segment with an limp adversary (who you’ll see coming a mile away).

In essence, although there are a couple of very matter of fact deaths, there’s very little of any consequence in this book.

There’s some amusement to be had with the interplay between residents of the building, with their geek knowledge, but not a lot.
Read more
One person found this helpful
Report abuse

Nate Tucker, a data in-putter, is on the lookout for an apartment he can afford and he finds the perfect one very quickly. But he’s warned by the previous tenant that it “has an odd vibe to it.” Nevertheless Nate moves in and meets his new neighbours, an eclectic lot who socialise over beers on Friday evenings on the roof garden. Each apartment seems to harbour some peculiarity so, driven on by Nates curiosity, the other tenants are soon resolved to uncovering the mysteries of their block. Unfortunately, they need to work discreetly under the nose of Oskar, the decent but vigilant apartment caretaker, who doesn’t treat meddlers within his building too kindly.

What captivated me with this novel was the depth of the enigma that began to unfold as their surreptitious investigations uncovered puzzle after intriguing puzzle.

However, about three quarters of the way through, just as everything is gearing up for the final sequence, the tone of the book changed from gripping mystery to action. This was good too, but not as good as the first part of the book. But all in all 14 is a most enjoyable and interesting novel.
Read more
4 people found this helpful
Report abuse

Amazon Customer
5.0 out of 5 stars Read for fun? Read this, it's fun.
Reviewed in the United Kingdom on 23 November 2018
Verified Purchase
Top editing job - no mistakes to remind you you're reading a book and drop you back in the real world. I liked the many slow-burning set ups; some for bizarre plot events, others just for subtle gags made hundreds of pages later. The vibe reminded me of Medusa's Web by Tim Powers (also set around Hollywood). Also, Audrey's Door by Sarah Langan, with the too-good-to-be-true apartment for a low rent. If you liked either of those books - and a measure of endearing silliness - you should definitely get this.
Read more
2 people found this helpful
Report abuse

sepeh
5.0 out of 5 stars Extraordinary and fun wrapped in a mystery
Reviewed in the United Kingdom on 14 January 2016
Verified Purchase
If you combine Lost, with a smattering of Goonies, add a dash of X-Files, a helping of Lovecraftian horror and a garnish of Hitchcock then that's not even close to explaining how great this book is. The key characters are rich with description and a mystery themselves as well as the story. The book really hooks you and I read well in to the night to finish it. Unlike some mysteries you do get answers with a reveal in room 14 that I just did not see coming, hence the title I guess. Ok there are a couple of weak characters that dont really seem to add much but thats really minor in an otherwise fabulous story loaded with twists and turns, plus a few laugh out loud moments. The book really does stand well on its own and doesn't really need a sequel....maybe a prequel. Its rare for me to give 5 stars but this really deserves it. If you like Charles Stross Laundry series then I think this is in the same vein and easily equal or better.
Read more
3 people found this helpful
Report abuse
See all reviews
Back to top
Get to Know Us
Make Money with Us
Let Us Help You
And don't forget:
© 1996-2021, Amazon.com, Inc. or its affiliates