Temporarily out of stock.
Order now and we'll deliver when available. We'll e-mail you with an estimated delivery date as soon as we have more information. Your account will only be charged when we ship the item.
Delivery Rates and Return policy 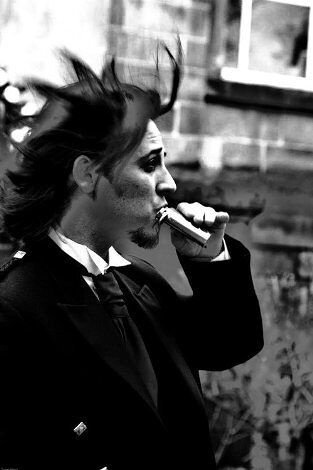 by D.A. Watson (Author)
4.1 out of 5 stars 15 ratings
See all formats and editions
Sorry, there was a problem loading this page. Try again.

To lawmen and bad men alike, The Low Man is a ghost story. The most feared bounty hunter to ever walk the territories. Whispered to be a Native American shapeshifter, a renegade Pinkerton detective, or the Bible quoting son of a mad preacher. No one knows for sure. He's a spectre outlaws scare each other with around campfires.

Adonias Lowe lives in the highlands of Napa Valley with his children, scratching a hard living as a farmer and occasional wagon guard. When a wealthy gin baron hires him to see a valuable shipment safely to San Francisco, the opportunity comes just in time to keep the family afloat.

But when the job turns into a massacre and his daughter is abducted by a deviant killer, Adonias is forced into a reckoning that will awaken a darkness he's long tried to bury. As the corpses mount up, a dying sheriff tries to make sense of the madness, scalp hunters saddle up and ride for blood, fame and riches, and the local Wailaki are coming down from the hills, singing war songs of the Lost White Brother.

Welcome to Napa Valley, California. Where fruit grows thick on the vine, and blood runs deep.

This is the large print edition of Adonias Low, with a larger font / typeface for easier reading.

Money with Jess: Your Ultimate Guide to Household Budgeting
Learn how to get money, how to spend it and how to save it. Shop now
Start reading Adonias Low: A Western on your Kindle in under a minute.

D.A. Watson is the author of four novels and the fiction and poetry collection Tales of the What the Fuck.

His stories, verse and articles have appeared in several anthologies and collections and have won gongs and acclaim from Greenock to Dunedin, including nominations for a Pushcart Prize in the US and the UK People's Book Prize. An occasional poetry performer, he also appeared on the main stage of the Burnsfest Festival in 2018 as the warm up act for the one and only Chesney Hawkes, a personal milestone and career highlight.

He lives with his family on the west coast of Scotland and is still telling stories.

"The Christoper Brookmyre of horror. Watson knows his genre and he’s not afraid to subvert it. Readers, on the other hand, will be very, very afraid." Louise Welsh, bestselling author of the Plague Times trilogy

"A really enjoyable, gore filled and thrilling read. A fast paced romp with a huge side salad of blood, guts and dismemberment." Ginger Nuts of Horror

"The skill of writing was unreal. An absolutely unparalleled use of tension, coupled with the horrible feeling that something is out there." Book Odyssey

"Watson has hit it out of the park again. Each story I read breathes new life into an old trope." Splatterpunk Zine

4.1 out of 5 stars
4.1 out of 5
15 global ratings
How are ratings calculated?
To calculate the overall star rating and percentage breakdown by star, we don’t use a simple average. Instead, our system considers things like how recent a review is and if the reviewer bought the item on Amazon. It also analyses reviews to verify trustworthiness.

Kevin Knight
5.0 out of 5 stars Great read. Gruesome details. Loved it!
Reviewed in the United Kingdom on 24 December 2021
Verified Purchase
This had it all. Villains looking for easy money, business men trying to make money and lawmen trying to keep the peace. But most of all a father looking out for his family.
The detail in some parts in this book will make you shiver at the thought of the pain and horror some of these guys went through on their way to an early grave.
I can't encourage you to read this book enough.
Read more
Report abuse
See all reviews