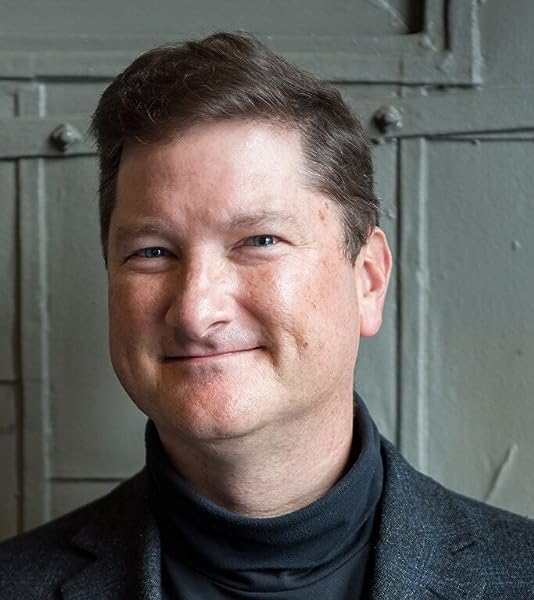 Page 1 of 1 Start overPage 1 of 1
Previous page
Next page
Start reading Aftershock (A Dr. Jessie Teska Mystery Book 2) on your Kindle in under a minute.

Judy Melinek, M.D., is an author and former assistant medical examiner in San Francisco and former forensic pathologist in Oakland, California. Her training in forensics at the Office of Chief Medical Examiner of the City of New York is the subject of her first book, the memoir Working Stiff. Her fiction writing includes two novels in the Dr. Judy Teska mystery series.

T.J. MITCHELL is a writer with an English degree from Harvard, and worked in the film industry before becoming a full-time stay-at-home dad. He is the New York Times bestselling author of Working Stiff: Two Years, 262 Bodies, and the Making of a Medical Examiner with his wife, Judy Melinek.

Amanda Dolan is a professional actor in the MFA program at Brown University. Her credits include Richard III, Macbeth, Falsettos, The Rocky Horror Show, Hair, and The Who's Tommy.

4.5 out of 5 stars
4.5 out of 5
62 global ratings
How are ratings calculated?
To calculate the overall star rating and percentage breakdown by star, we don’t use a simple average. Instead, our system considers things like how recent a review is and if the reviewer bought the item on Amazon. It also analyses reviews to verify trustworthiness.

Matthew Barker
4.0 out of 5 stars Great Sequel in the Teska series
Reviewed in Australia on 8 February 2021
Verified Purchase
Intriguing, thrilling dive back into the life and profession of medical examiner Jessie Teska in the sequel to First Cut. Great read. Plenty of gory forensics (thankfully we can’t smell what Jessie smells in her line of work)! I’d say this book is even better than the first one. Must read!
Read more
Helpful
Report abuse

Sarah
5.0 out of 5 stars Sensational
Reviewed in Australia on 2 April 2021
Verified Purchase
This book is fascinating. The authenticity shines through. It has surprising twists that keeps the reader guessing till the end. A great, classical whodunnit mixed in a strong sense of realism
Read more
Helpful
Report abuse

Jacinta Penn
5.0 out of 5 stars Another action filled page turner from Judy M & TJ
Reviewed in Australia on 1 April 2021
Verified Purchase
I haven't enjoyed a book this much in quite a while, probably since Judy & TJ's last book. The science was easy to understand, the flow of the story was gripping and it was just the right amount of action, mystery and human experience. Tino pai!
Read more
Helpful
Report abuse

Veronica
TOP 500 REVIEWER
4.0 out of 5 stars Good, fast paced mystery
Reviewed in Australia on 6 April 2021
I received a free copy of this book to read and review for Wicked Reads.

We meet Dr Jessie Teska on a construction site where a well known architect has died a gruesome death. She quickly figures out that the death is murder rather than an accident it appears to be. But before we can get too caught up in working out who the killer is, an earthquake hits the city and the story takes a new direction. Between Jessie dealing with the emergency of the quake and its aftermath and boyfriend trouble, I nearly forgot about the dead architect.

I confess I guessed early on who the killer was but I had no idea how or why. This wasn’t an issue for me because Aftershock kept me engaged and I enjoyed having the questions of the how and whys answered while at the same time dealing with Jessie’s hectic life.

It was fun to be back with Dr Jessie Teska. She is stubborn, single minded and doesn’t always make the smart decision. It is great to have an imperfect heroine. Another great thing about Aftershock is the diversity of the characters. The people in Jessie’s life come from all different walks of life and it added interest and helped make the story feel more genuine.

Aftershock is another good mystery in the Jessie Teska series and it isn’t essential to have read the previous book to read this one. I look forward to more of Jessie’s adventures and to seeing where her personal life goes. If you enjoy a good mystery, Aftershock is worth a read.

John
5.0 out of 5 stars Great book
Reviewed in Canada on 15 February 2021
Verified Purchase
You will enjoy this book. Great follow up story in the life of the main character.
Read more
Report abuse

Amazon Customer IW
5.0 out of 5 stars Wise up, Jessie!
Reviewed in the United States on 11 March 2021
Verified Purchase
Jessie gets herself into trouble a few times in this book, and if you care about her (as you must if you read First Cut, her first adventure) you'll find yourself wishing she were a little more sensible sometimes. Jessie is a very endearing woman, and I hope she wises up a little in the next book in the series. If you like a story that realistically explores annoying co-workers, aggressive clients, antagonistic professional relationships, imperfect personal relationships and a hearty dose of mystery, with a little bit of romance tastefully thrown in, you'll love Aftershock-- written by a friend of mine who really is, in real life, a forensic pathologist. Prepare for a few gory details about dead bodies that add to the delicious realism!
Read more
3 people found this helpful
Report abuse

Katherine M. Carpenter
5.0 out of 5 stars One is the best books that I’ve read in a very long time! Don’t sleep on this series!
Reviewed in the United States on 2 February 2021
Verified Purchase
I just finished Aftershock, and all I can say is WOW!!! This book hooked me from the very beginning, and I had to keep reading until I finished. I thought the first book in this series was excellent, but Aftershock was even better. Beyond being extremely well written and engaging, the detail in this book is amazing. I have no idea how the authors came up with such unexpected plot twists and still managed to wrap the book up in such a completely believable fashion, but I really hope they continue to write!!! And that they do it quickly!
Read more
4 people found this helpful
Report abuse

K C CAMPBELL MD
5.0 out of 5 stars True to life
Reviewed in the United States on 19 February 2021
Verified Purchase
I am a pathologist with forensic training. It is a pleasure to read
a novel with detailed procedures and facts and use them to tell
an interesting story with a convoluted plot.
Read more
3 people found this helpful
Report abuse

Cathy R. Riley
4.0 out of 5 stars Do not start reading late at night...
Reviewed in the United States on 22 February 2021
Verified Purchase
Do not start reading late at night... Because you won't be able to put it down and you'll be up late and tired the next day. Twisty plot and gorey details make for a great whodunnit. My only criticism isn't of the book but of the heroine, who seems to leave her dog unattended for too long, too often.
Read more
2 people found this helpful
Report abuse
See all reviews
Back to top
Get to Know Us
Make Money with Us
Let Us Help You
And don't forget:
© 1996-2021, Amazon.com, Inc. or its affiliates