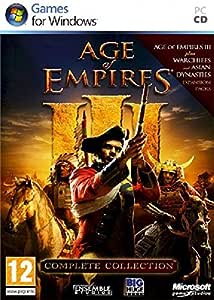 4.1 out of 5 stars
4.1 out of 5
547 global ratings
How are ratings calculated?
To calculate the overall star rating and percentage breakdown by star, we don’t use a simple average. Instead, our system considers things like how recent a review is and if the reviewer bought the item on Amazon. It also analyses reviews to verify trustworthiness.

Mr. Robin Glover
5.0 out of 5 stars Perfect And Not Just For The Original Gamer Fraternity
Reviewed in the United Kingdom on 17 August 2019
Verified Purchase
Although bought for Windows 10, it still has a charm all it's own with reminiscent graphics of the original PC games. It comes with not one but two expansion packs and plays from easy to hard, or you can play a custom game you kind of design yourself. Given some of the more advanced games you find nowadays, the story follows the original games in format and though the graphics are a little simplistic, it still has the ability to keep you or the kids entertained without getting too hyper along the way and, let's be fair, it should be about entertainment not just guts, gore and gamer points or is that just me? Anyway, it's a nice reminder of games gone by and I'll happily play it whenever time allows and not stress over leader-boards and continual reminders by publishers to spend extra cash on imaginary cartoon weapons etc.
Read more
6 people found this helpful
Report abuse

Janet Austen
3.0 out of 5 stars Great to see this franchise is still going strong!
Reviewed in the United Kingdom on 6 October 2011
Verified Purchase
Having played all the Age of Empires games over the years, this one is certainly the most impressive. In gameplay terms it is very similar to Age of Kings. The graphics are way ahead of its predecessors, especially now the whole thing is in 3D, and may be rotated to any angle. The AI always was an okay player, but this one is much improved. It still does some stupid things though, like sending its army wandering through an enemy army, and allowing it to be destroyed without fighting back. A big and needless loss is formations. where a ground of units would circle weak units such as cannons, now the units just trail along in a line, leaving weak units vulnerable to attack.

This series of games has always been known to cheat. I have played many few games in which the AI comes at me with huge armies of expensive units, yet when I invade their camp I discover it's all apparently funded by a dozen villagers, a couple of farms and trading post! That is a silly way to beef up a weak AI opponent. No enemy who has just come at you with 40 cannons, 200 cavalry and infantry, and been wiped out, could repeat the attack in the same force just minutes later. It is simply impossible. That said, you don't get this when playing against non-cheating humans.

The addition of trading posts gives players something substantial to fight about and defend, though the AI never seems very interested in acquiring them or defending them. Hence, you may send your explorer to build on most of the trading post sites without problem. The ships are more interesting and varied to use, though the much-loved "fire ships" of old have gone. It also lacks the ability to garrison buildings with anything other than villagers. That's disappointing, as this made towers very powerful (perhaps too powerful). I run mine on a really fast PC, but the save game feature still takes a staggering length of time to complete.

This collection comprises the original game, plus the Warchiefs and Asian Dynasties expansion packs. These give variety, on top of a game that already offers an almost infinite number of games. As with any game, it is worth downloading the patches, which fix a few bugs and improve a couple of things.

The single player campaign is weak. The story has elements of Pirates Of The Caribbean here and there. It's not exactly original. As ever, it pits you against waves of enemies that appear out of nowhere, while crippling your ability to fight back by preventing you from upgrading or building any powerful units, or building walls to defend a town. It's an outdated and frankly tiresome way to design a game. Having just a couple of blokes armed with a stick to fight off a huge army armed to the teeth, is not my idea of balanced gameplay. I played games designed this way 20 years ago, and I want something a bit more intelligent these days.

While the high point of this series is likely to remain AOE2 (Age Of Kings) I am sure you won't be disappointed in AOE 3. It has all the fun elements of the previous outings, plus much-improved graphics, but does lose some key features of AOE2. The campaign is annoyingly old-fashioned and boringly difficult to complete, but stick to skirmish mode and all is well.

JimmyT
5.0 out of 5 stars It works on Windows 10.
Reviewed in the United Kingdom on 8 January 2018
Verified Purchase
I have a Laptop with Windows 10. It works perfectly without altering anything. It installed quite quickly and I have been playing it for a few weeks now without any problems.
Read more
7 people found this helpful
Report abuse

Nathan
4.0 out of 5 stars Great classic strategy game with all expansion packs
Reviewed in the United Kingdom on 7 April 2016
Verified Purchase
Who does't love Age of Empires? This is a great strategy game and is a solid entry in the series, with some great environments and characters. The graphics are also excellent, and watching pieces of a building get blasted away in all directions never gets old.

While the previous games have focussed on medieval times, this game takes you into a much more recent era when all the colonial powers are battling it out over the New World. You have access to some great weaponry (my personal favourite are the rockets) and the campaign is relatively engaging with some diverse missions, including a memorable one where you have to survive the cold by hiding in caves with a campfire while your enemies patrol outside looking for you.

I had a lot of fun with the online portion of this game as well, and it's nice to level up your home city (a new feature in the series) to get little perks that you can call in if you get enough XP during a game.

My only criticism with this version of the game - I could not get the key provided with this to activate on Steam, even though their support page says that you should be able to! You do however get all of the expansions, so if this isn't a concern for you, this is a great complete Age of Empires 3 set.
Read more
One person found this helpful
Report abuse

Mr. V. C. Taylor
1.0 out of 5 stars Definitely not Age of Empires
Reviewed in the United Kingdom on 14 November 2020
Verified Purchase
I cannot advise against this game highly enough. It loads and installs on Windows 10 just fine, and runs without a problem,.. but its just not Age of Empires 3. I don't know what the hell it is but it doesn't look like AoE, it doesn't play like AoE, and worst of all you can't create the custom black forest scenario I had so looked forward to like AoE. Will be requesting a refund
Read more
Report abuse
See all reviews
Get FREE delivery with Amazon Prime
Prime members enjoy FREE Delivery and exclusive access to movies, TV shows, music, Kindle e-books, Twitch Prime, and more.
> Get Started
Back to top
Get to Know Us
Make Money with Us
Let Us Help You
And don't forget:
© 1996-2020, Amazon.com, Inc. or its affiliates