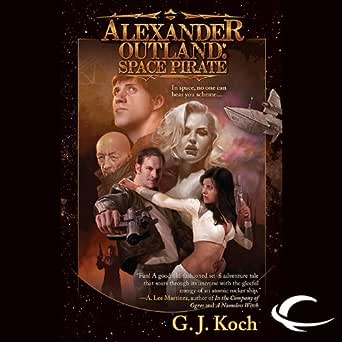 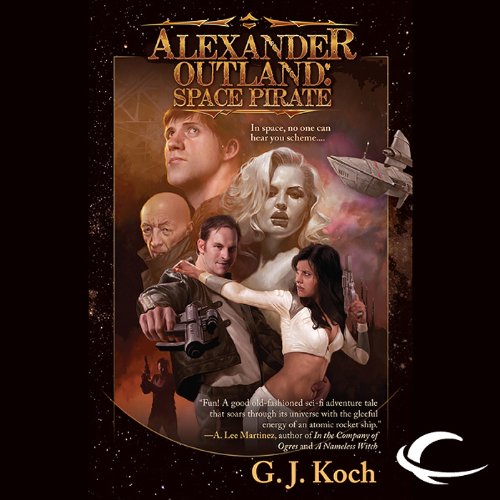 StumpyB
5.0 out of 5 stars Enjoyed it!
Reviewed in the United Kingdom on 3 January 2014
Verified Purchase
This book was awesome with engaging characters, action and humour. Well worth a read if you enjoyed her other books or Serenity. Definitely recommend it!
Read more
Report abuse

hipower
3.0 out of 5 stars Has some great lines!
Reviewed in the United States on 17 December 2019
Verified Purchase
Gina Koch took a tired format and made it likeable. The story is rather stale and predictable, but has the GK touck to make it enjoyable. I find it sad that it seems that it has become a stand alone novel, as I cannot find any reference to the sequel ever being published. And that's sad, I was looking forward to reading it.
Read more
Report abuse

kmcclell
4.0 out of 5 stars Totally Awesome
Reviewed in the United States on 22 January 2013
Verified Purchase
Mrs. Koch does it again! I read through all of the "Alien" books. Since the next one wasn"t ready I gave this book a try. I loved it. The lead character is a male in this one. GK pulls it off though and makes him adventerous, daring, ingenious, and exciting. Of course the humor is still there. There are twists and solutions that you wouldn"t bellieve. The drama is there, as well as the sexual overtones. This main character has one common trait with Kit Katt, he adds on personnel to his band as the book goes on. I really like the adventure through the sewers! GK managed to make that very enjoyable. You have to read it. As ever the story begins and ends in one volume. I like that also. I do wish the story was at least 100 pages longer though. I will definitely be reading the next "pirate" book as well as the next "Alien" book. When a writer is good she is GOOD! Keep writilng Mrs. Koch and write faster please.
Read more
2 people found this helpful
Report abuse

Kindle Customer
5.0 out of 5 stars The Start of a New Romping-good Space-Borne Pirate Saga!!!)
Reviewed in the United States on 16 July 2013
Verified Purchase
Alright.

There are now officially 3 pirates that set the bar on my scale of Butt-kickin' and Badassery.
(in no particular order)
-Han Solo
-Malcolm Reynolds
-ALEXANDER OUTLAND!!!

Now, much like trying to watch just ONE Star Wars movie (and I speak of the good ones, not the crap-tastic Episodes 1-3 here), once you read "Alexander Outland: Space Pirate" most other space-borne sagas of the far future (with the possible exception of the cult classic Firefly/Serenity) just aren't going to stack up. This one sets the bar sky-high!

I'm not going to lie, I want/look for novels that make me actually care about what happens to the characters held within its pages. It's called "becoming invested". Well, I got my wish. Outland and his crew got to me. I'm hooked.

Grab it, and spend some time soaring the stars with Outland and his capable crew of maladjusted misfits. If nothing else, you'll see that while white knights might be a dying breed, scoundrels can be heroes too when the plasma sears the sky-ways...
Nuff said!!!
Read more
4 people found this helpful
Report abuse

Janice
4.0 out of 5 stars Review of Alexander Outland: Space Pirate by G. J. Koch
Reviewed in the United States on 30 September 2014
Verified Purchase
Like any sensible scoundrel, the best pilot, pirate, and smuggler in the galaxy, Alexander Outland, loved and loathed by women everywhere, hates heroics--since they don't pay well. Unfortunately, with the military, the mob, mad bombers, telepathic spies, and an invisible space armada after him, Alexander has to lead his misfit crew in an hilarious attempt to save the galaxy from an extended family of would-be conquerors. I can certainly recommend reading this book if you're looking for a fun sent-up of the Space Opera Genre. Great Fun. Janice
Read more
Report abuse
See all reviews
Back to top
Get to Know Us
Make Money with Us
Let Us Help You
And don't forget:
© 1996-2021, Amazon.com, Inc. or its affiliates