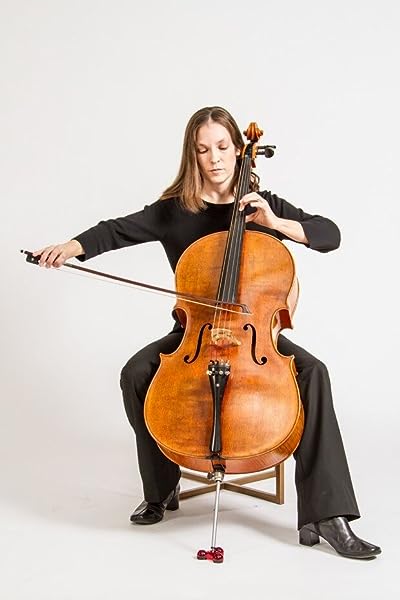 by Cassia Harvey (Author), Camille Saint-Saens (Contributor)
5.0 out of 5 stars 2 ratings
See all formats and editions
Sorry, there was a problem loading this page. Try again.

This book presents exercises and studies to help cellists learn and perfect Camille Saint-Saëns’ Allegro Appassionato for cello and piano. The entire piece is broken down into short sections and taught. Difficulties such as shifts and bowing patterns are approached from a variety of perspectives, giving the cellist a chance to master this essential staple of student cello repertoire. The entire cello part to the piece is presented at the end of the book (the piano accompaniment is not included.)
Read more
Previous page
Next page
Tell the Publisher!
I’d like to read this book on Kindle

Cassia Harvey began her study of the cello in 1985 at the age of eight. She started teaching the cello in 1993 and published her first book of technique for the instrument in 2001. Since then, she has collaborated with violinists/violists Myanna Harvey and Judy Harvey to expand her expertise to include studies for the violin, viola, and bass. An accomplished performer and teacher, Cassia Harvey has authored over one hundred eighty study books for the classical string instruments. Her CD The Russian Cello: Rare Treasures from Imperial Russia and the Soviet Union was released in 2016.

Inspiration for her books derives from the life and work of cellists Jean-Louis Duport, Rudolf Matz, and Luigi Silva and the technical advances in training the body step by step made by dance pedagogue Agrippina Vaganova.

There are 0 customer reviews and 2 customer ratings.
Back to top
Get to Know Us
Make Money with Us
Let Us Help You
And don't forget:
© 1996-2022, Amazon.com, Inc. or its affiliates