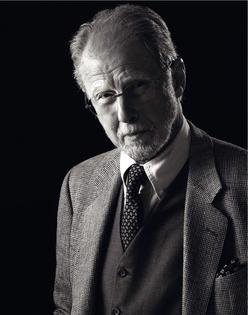 by Michael Korda (Author)
4.6 out of 5 stars 120 ratings
Edition: 1st
See all formats and editions
Sorry, there was a problem loading this page. Try again.
3 for 2 on select books. Terms | Shop items

In an absorbing work peopled with world leaders, generals, and ordinary citizens who fought on both sides of World War II, Alone brings to resounding life perhaps the most critical year of twentieth-century history. For, indeed, May 1940 was a month like no other, as the German war machine blazed into France while the supposedly impregnable Maginot Line crumbled, and Winston Churchill replaced Neville Chamberlain as prime minister in an astonishing political drama as Britain, isolated and alone, faced a triumphant Nazi Germany. Against this vast historical canvas, Michael Korda relates what happened and why, and also tells his own story, that of a six-year-old boy in a glamorous movie family who would himself be evacuated. Alone is a work that seamlessly weaves a family memoir into an unforgettable account of a political and military disaster redeemed by the evacuation of more than 300,000 men in four days—surely one of the most heroic episodes of the war.
12 maps; 68 illustrations

Save up to 50% off RRP on books by Matthew Reilly.
Shop the Jack West Jr Series. Buy now.

A swiftly paced, illuminating account of events at the opening of World War II in Europe, recounting 'a military defeat with a happy ending.' Revived in part thanks to Christopher Nolan's 2017 film Dunkirk, the history of the British Expeditionary Force is compelling even in its barest bones. Korda (Clouds of Glory: The Life and Legend of Robert E. Lee, 2014, etc.), noted as both a historian and publisher, brings a personal touch to the story with that of his own family's flight from Europe a step or two ahead of the advancing Nazis. . . . An excellent revisitation of a critically important set of battles that, once a byword for courage, have faded in memory.-- "Kirkus Reviews (starred)"

Entertaining. . . This crucial time is recounted by someone who witnessed those years as a child. Korda, a longtime book editor before becoming a full-time author, is like a charming dinner party host offering his personal experience of history. . . A fine introduction for anyone new to this fulcrum point of the 20th century.--Thomas E. Ricks "New York Times Book Review"

Michael Korda, who has often extended our understanding of so many diverse subjects, has accomplished another masterpiece in Alone. Dealing with Britain's desperate situation as France fell, he shows how the evacuation from Dunkirk became the inspiration for eventual British victory. One of Korda's best.--Henry Kissinger

The incredible, almost miraculous story of what happened at Dunkirk in the year 1940--and why--is unfolded in Alone with great narrative skill and superb delineation of a highly interesting cast of characters, including, importantly, the author himself and his own remarkable family.--David McCullough

Where Korda's account differs from many similar Dunkirk histories is in a wide trawl of simultaneous social history alongside the military and political events. . . The book is also lavishly illustrated with contemporary photographs--many of them unfamiliar. Anyone wanting to explore the history behind Christopher Nolan's recent film could do a lot worse than start here.--Nigel Jones "Times Literary Supplement"

A fascinating mix of political history and personal reminiscence. I personally had almost the same experience, and was transported back seventy-five years.--John Julius Norwich

Michael Korda's cool dissection of the battle of Dunkirk and its aftermath makes wonderful reading: he's as able a historian as he was an editor.--Larry McMurtry

The story of the coming of World War Two, the fall of France, and the 'miracle' at Dunkirk has been told many times before, but Michael Korda injects this familiar tale with fresh poignancy and compelling drama as only the finest historians can do...[His] memories as a young boy, watching his famous film family deal with the onset of war, give his elegant narrative an added dimension that makes it compulsively readable.--Max Boot

Michael Korda is the best-selling author of Hero, Clouds of Glory, and Charmed Lives. The former editor-in-chief of Simon and Schuster, he was awarded the Order of Merit of the Republic of Hungary for his participation in the Hungarian Revolution of 1956. He lives in Pleasant Valley, New York.
Start reading Alone: Britain, Churchill, and Dunkirk: Defeat into Victory on your Kindle in under a minute.

He lives with his wife, Margaret, in Dutchess County, New York.

4.6 out of 5 stars
4.6 out of 5
120 global ratings
How are ratings calculated?
To calculate the overall star rating and percentage breakdown by star, we don’t use a simple average. Instead, our system considers things like how recent a review is and if the reviewer bought the item on Amazon. It also analyses reviews to verify trustworthiness.

Retsoc
2.0 out of 5 stars Intertaining but false
Reviewed in the United Kingdom on 1 January 2019
Verified Purchase
Although a historian like Andrew Roberts has this book on his shelves, I can only rate it as a 'coffee table' book. There's nothing new under the sun on offer (unlike other purely American style bios on Churchill) and I do mind that books like these are even published without the decent research to support the correct statement that Britain was on its own... No, I'll correct myself here. There's Lynne Olson's book that shows how much better any book on 'Britain alone' can be written. Buy that one and read about how Britain became host to the European allies. It became and still is looked foundly upon as the Last Hope Island of 1940 and onwards. Even during these times of Brexit and America First I dare claim that 1940 and Churchill's Britain were the cradle for the EU, NATO, and every thing else that silly people now discount to their and our peril. Read decent history and learn from the stories half-forgotten already. Long live allies like King Haakon, Queen Wilhelmina, and even General De Gaulle from a not so distant past!
Read more
One person found this helpful
Report abuse

Russell Brake
5.0 out of 5 stars Brilliant historical version of the miracle of Dunkirk
Reviewed in Canada on 15 January 2018
Verified Purchase
This book reads like a conversation with an intelligent observer of events that changed the history of the world. The writer was only 7 years old at the time but perhaps because of his lineage as part of the the famous prewar artistic Hungarian family ( Korda) .who eventually helped to reshape the movie industry in the US ,he brings colour and drama to the narrative which brings new insights to the reader. Churchill is well described with all his faults and triumphs as is Chamberlin.
Read more
Report abuse

C. M Mills
5.0 out of 5 stars Alone is up close and personal history of the retreat from Dunkirk as Great Britain, standing alone, against Hitler's fury
Reviewed in the United States on 28 November 2017
Verified Purchase
Michael Korda is a renaissance man. Whether editing books or participating in Hungary's 1956 revolt against the Soviets or writing such historical biographies as those he has authored on Lawrence of Arabia, U.S,. Grant, or Robert E. Lee he knows how to write history that is readable, fascinating and keeps readers coming back for more of the Korda touch. Though a widower and an aged man born in 1933 he continues to produce excellent books! His father was Vincent Korda who along with brothers Alexander and Zoltan was one of the three famous Korda brothers who produced such films as The Jungle Book, The Thief of Baghdad and That Hamilton Woman and their London studio.
This books deals with:
a. The political machinations which resulted in Winston Churchill assuming the prime minister position on May 10, 1940 as the Germans invaded Belgium, Luxembourg, Holland and France.
b. The German strategy is explained which led to the defeat of France in June 1940 aa the German occupied the country.
c. A full descriptive account of the miracle of the retreat from Dunkirk allowing England to fight alone against the Nazis until the neutral United States became an active ally following the Pear Harbor attack on December 7, 1941.
The book is lavishly illustrated with period photos of historical figures and members of the Korda family. Michael was one of over three million children who was evacuated from London spending the war in North America!
This is excellent history told by a master of historical writing! Superb!
Read more
21 people found this helpful
Report abuse
See all reviews
Back to top
Get to Know Us
Make Money with Us
Let Us Help You
And don't forget:
© 1996-2021, Amazon.com, Inc. or its affiliates