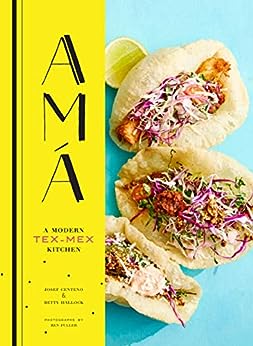 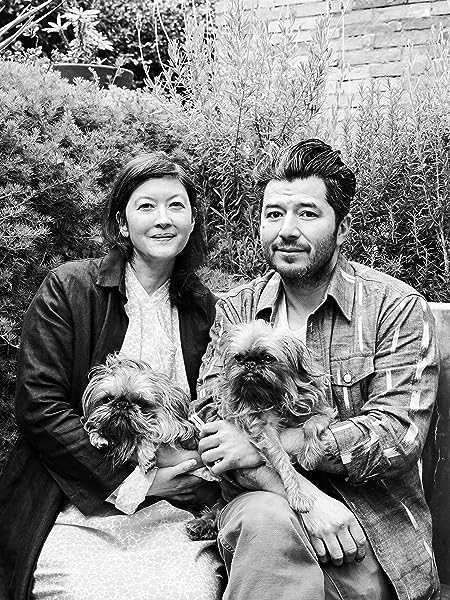 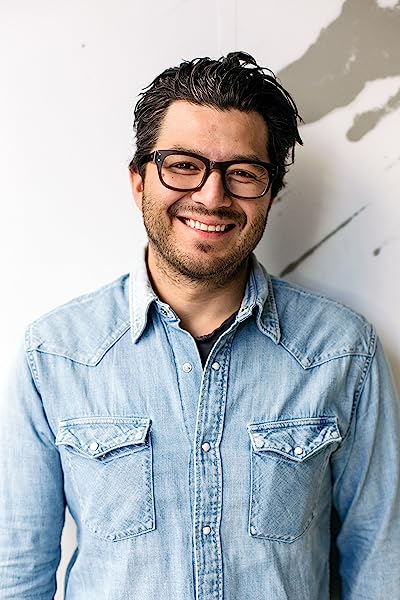 Tex-Mex is a delicious, irreverent cuisine that combines the deep traditions of Texan and Mexican cooking. Think meaty stews, breakfast tacos, and tres leches cake. Home cooks will learn how to make them all—in addition to crunchy salads, slow-cooked meats, and fresh cocktails—in this collection of more than 100 recipes from San Antonio native and Los Angeles chef and restauranteur Josef Centeno. Organized into chapters by type of food—including breakfast, vegetables, main courses, desserts, and a super nacho party—this is down-home cooking and grilling at its most inspiring. Presented in a colorful package with more than 100 food and atmospheric photos, this cookbook is a hands-on winner for anyone who loves big flavors, casual parties, and firing up the grill.
Read more
Previous page
Next page
Due to its large file size, this book may take longer to download

What happens when Tex-Mex finds a home in Southern California? In Josef Centeno's new cookbook, Amá, the results are sunny and delicious, from a vegan, cashew-based queso built on the flavors of charred onion, garlic and green chile, to a simple halved ruby red grapefruit, broiled with a topping of butter and piloncillo sugar, just like his auntie used to do. - New York Times, A Best Fall Cookbook of 2019 --This text refers to the hardcover edition.

Betty Hallock is a journalist and food writer, and former deputy food editor of the Los Angeles Times. They live in Los Angeles.

Renata Fuller is a Los Angeles-based food and lifestyle photographer. --This text refers to the hardcover edition.

4.6 out of 5 stars
4.6 out of 5
319 global ratings
How are ratings calculated?
To calculate the overall star rating and percentage breakdown by star, we don’t use a simple average. Instead, our system considers things like how recent a review is and if the reviewer bought the item on Amazon. It also analyses reviews to verify trustworthiness.

Rachel
5.0 out of 5 stars Best Tex-Mex cookbook ever !
Reviewed in Australia on 6 August 2020
Verified Purchase
Really enjoying AMA and have so many dishes I still want to try out. Picture of the ceviche and Cha Cha snapper which were two great dishes. I have quite a few tex-mex cookbooks but this is by far my favourite
Read more

5.0 out of 5 stars Best Tex-Mex cookbook ever !
By Rachel on 6 August 2020
Really enjoying AMA and have so many dishes I still want to try out. Picture of the ceviche and Cha Cha snapper which were two great dishes. I have quite a few tex-mex cookbooks but this is by far my favourite
Images in this review

G
4.0 out of 5 stars tex mex for quarantine!!
Reviewed in Canada on 20 January 2021
Verified Purchase
What an awesome cookbook!! My only quibble is that for some reason the recipe headers are in the left margins which become more and more invisible the further you go into the book.
Read more
Report abuse

Mike Wozney
5.0 out of 5 stars Great book
Reviewed in Canada on 22 January 2021
Verified Purchase
Great book and a fresh take on some authentic cuisine and a look into the real side of Tex Mexico culture
Read more
Report abuse

brvce
5.0 out of 5 stars The Tex Mex book you need
Reviewed in the United States on 12 December 2019
Verified Purchase
I have another book from the author, and much like that book, this one is full of creative approaches to great flavor.
My family and I have cooked a few dozen recipes out of the book now and each and every one of the recipes has been great. Are the recipes easy to follow? Yes! not something I can say about all cookbooks. This is a must have in my collection.

mlg
5.0 out of 5 stars Recipes full of flavor
Reviewed in the United States on 30 August 2020
Verified Purchase
I love this book. I have to say that I was a little skeptical of a Tex-Mex recipe book but having enjoyed his Bäco cookbook and his instagram account I decided to buy it. I am so glad I did. The food is not the greasy salty cheesy food one associates with Tex-Mex food. The recipes remind me so much of Northern Mexico food with a gourmet and more flavorful twist. Everything I have made from this book has been fantastic. I always have in my fridge the pickled habaneros and the preserved kumquats and I make another batch before I run out. The flour tortilla recipe is different from any I had seen because it calls for milk but these are the softest flour tortillas I have ever had. Wonderful book.
Read more
6 people found this helpful
Report abuse
See all reviews
Back to top
Get to Know Us
Make Money with Us
Let Us Help You
And don't forget:
© 1996-2021, Amazon.com, Inc. or its affiliates