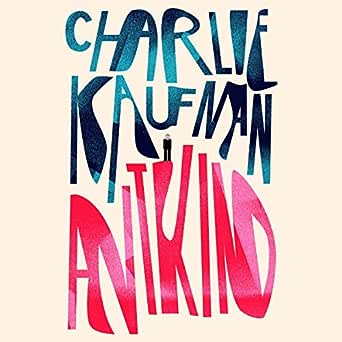 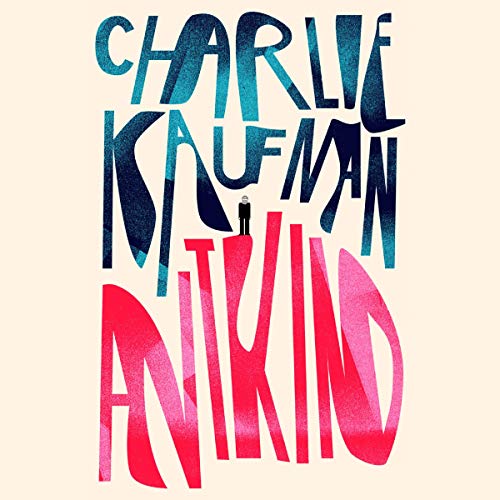 4.4 out of 5 stars
4.4 out of 5
449 global ratings
How are ratings calculated?
To calculate the overall star rating and percentage breakdown by star, we don’t use a simple average. Instead, our system considers things like how recent a review is and if the reviewer bought the item on Amazon. It also analyses reviews to verify trustworthiness.

ReadingForFun
4.0 out of 5 stars Wild.
Reviewed in Australia on 13 November 2020
Verified Purchase
I think you can interpret this novel in so many ways. It is excitingly original, which is wonderful… but it is also comically long. At just over 700 pages it marks the longest novel I have read and it felt about 200 pages too indulgent. If I were to remove an element perhaps the Mudd and Molloy stuff would go (I just don’t think the juice was worth the squeeze there).

To quote Antkind: ‘I don’t know what the audience would be for a book outlining a non-existent film.’

The book is about a three month long film, and the main characters attempts to both remember and recreate it. It’s an immersive experience and I found the setup to be wonderfully enjoyable. The middle was a bit more directionless. False starts and tangents aplenty. Kaufman pokes fun at himself via the film critic narrator (sort of endlessly. It’s a bit too heavy with self-deprecation) while praising Judd Apatow in comparison.

Antkind is funny, farcical, insane and dense. Sometimes I was questioning whether Kaufman was inventing a concept or whether it was actually real. One small gripe for example (perhaps one of you / thon that have read the novel can answer?), if Barassini was partially responsible for the invention of Braino in 2006 (approx.) then how could Abbitha journey back to 1983 and offer the story of Trunks to Barbosae at that time? 1983 was pre Braino, right? (Answer in the comments!) This single question should give you some indication of the level of detail in the book, and perhaps some of the madness.

I liked the ending and I’m really glad I did. I have my own interpretation of it, which I don’t need to put here, and I’m sure you’ll have yours. I liked the comparison of people being on a coach bus in transit. I enjoyed Calcium. I hope Jim Carrey gets a bicycle (in joke). If you’re receptive to this piece of art you might just become enveloped by it.

I will conclude with another quote from Antkind: ‘Is it a masterwork? Is it a sham? Am I being enlightened, or am I being conned? It is, it occurs to me, nothing more and nothing less than I bring to it.’

Ashley Crawford
4.0 out of 5 stars Don't do this at home
Reviewed in Australia on 3 September 2020
Verified Purchase
I made a terrible mistake whilst reading Charlie Kaufman’s debut novel. I had received it the same day as Blake Butler’s latest, Alice Knott. Amazon had supplied my Covid relief package, my portal away from pandemic paranoia. Butler has long been a favourite, but the Kaufman had me overwhelmingly curious – a first novel by the guy who brought us Being John Malkovich? It was Antkind first. However, as others have noted, Antkind is a long (705 pages) and unwieldy tome and, at times, laborious and repetitious. At around the 350-page mark, and after what felt like the 100th falling-down-a-manhole (sorry, a ‘personhole’ as Kauffman’s would be politically correct narrator continually reminds us) joke, Alice Knott seemed to beckon with increased urgency. Just have a taste of the first page, I thought, and whoosh, like falling into a Malkovich portal, Butler’s book utterly subsumed me. I returned to Antkind, shaken and somewhat bloodied, a week later, but it had been a terrible mistake to make – Alice Knott was an adrenalin rush laced with cocaine. Antkind is another beast altogether. Intriguingly both books are about displacement, mind-slippage, memory distortion and alienation – all too apt in this day and age (and versions of Trump-phobia and pandemics creep into both). But where Butler’s 304-page juggernaut gets to the point with urgency, Kaufman’s does so with innumerable zigs and zags, moments of true pathos and sparkling doses of Pynchonesque humour. And, like Pynchon, or even at his best, Philip K. Dick, Antkind is awash in multitudinous ideas and plot twists and bizarre characters. As a first novel, Antkind is truly something – exactly what I have yet to quantify – just don’t do what I did, which was unfair to Kaufman. Read both books most certainly, but keep them at separate ends of the house.
Read more
Helpful
Comment Report abuse
See all reviews

John Ferngrove
5.0 out of 5 stars Bit long. Very very funny. A guy just wants to be liked...
Reviewed in the United Kingdom on 20 July 2020
Verified Purchase
I was alerted to the release of this book by a comment on my Facebook Thomas Pynchon fan group. It was basically highly sceptical of some critic's claim that this book made Thomas Pynchon read like Dr.Seuss. That would make it a major literary event. It doesn't and it's not. Nonetheless it is a very funny book. As critics like to say it is fiercely intelligent and, deeply humane at its root. About what you'd expect of a novel penned by the script-writer of, amongst other things, Being John Malkovich and Eternal Sunshine of the Spotless Mind.

I was also attracted to the book by its title which promised to feed me fascination with the metaphor of insect societies for the general grotesqueries of human society. I was hoping for something like William T Vollmann's You Bright and Risen Angels, which to my mind was a major literary milestone that went unnoticed. Again it wasn't. Not a chitinous carapace in sight. But as a labyrinthine and zany plotline, involving films within dreams, within dreams, within movies, within hypnosis sessions, it certainly had echoes of Vollmann's missed masterpiece. Having said that, the whole thing is taken from the first person POV of a single central character making it not particularly challenging to follow. Unlike Pynchon where you're four pages along and you suddenly realise you've been in the head of a completely different character situated at a different place and time, and you go back to reread it, and after three attempts you're still not sure where the transition occurred.

Other reviews suggest that it's full of abstruse and obscure allusions. As a reader of Joyce and Pynchon i did not find this to be so, which i guess defines me as sadly over-educated. Most of the references are to movie directors. Reading it on the Kindle made it very easy to look up anyone's name that was unfamiliar. The pace is unrelenting and the comedy never flags or becomes repetitive, but that in itself can become exhausting with such a long book. I took time out half way through to read a biography of the rock group Soft Machine, and then returned to this without any great sense of disruption. Does it need to be quite so long? I've not quite reached the end yet so i don't know if there is a punchline or if it's just an endless recursion of shaggy dog stories. The guy has a lot to say, and he's funny so it doesn't matter.

At its essence the comedy is based on the increasing mental contortions that the privileged white male who just wants to be a decent human being has to go through to exist with some kind of dignity in the MeToo, BLM era. If there is a message then perhaps it is that sure, we all need to get 'woke'. The more the merrier. But if that's accomplished with just sanctimonious snarkinees, and without a bit of humorous self-deprecation, then we'll just end up making a world that's no better than the one we are trying to change.
Read more
6 people found this helpful
Report abuse

Fleety
5.0 out of 5 stars What a doorstop of a book.
Reviewed in the United Kingdom on 4 August 2020
Verified Purchase
Having just finished reading 'Ducks, Newburyport.' by Lucy Ellman, which is huge book with hardly any fullstops, I thought I'd read something a bit shorter, then this was released and that idea went up the chimney. I'm a big Charlie Kaufman fan (Especially 'Adaptation' and 'Eternal Sunshine Of The Spotless Mind' ) and , thankfully, this book didn't disappoint. It had full stops and everything.

I'm not going to recite the plot (mainly because I can't really, it's written by Charlie Kaufman.) lets just say if you like Kaufmans film and you like reading then you'll like this, probably.

If this doesn't win a load of awards (Pulitzer?) then I really don't know what will. Best book I've read this year and I've read a ton. I wanted to get as many in as I can before the whole world cracks down the middle like a dropped egg. But round and no yoke.

I think it's evident I'm not a writer.
Read more
3 people found this helpful
Report abuse

Tom J-B
5.0 out of 5 stars BrilliANTKIND more like!!
Reviewed in the United Kingdom on 15 September 2020
Verified Purchase
Loved it loved it loved it. Maybe a little bit too long, Charlie really isnt holding anything back here, so I'd probably say 4.5 out of 5, but I have never laughed so much and so consistently while reading a book. This is full on hilarious for a good deal of the story, which is nice because Kaufman's films, though still excellent, are getting progressively darker it seems.
Read more
Report abuse

Dominic
5.0 out of 5 stars Eternal sunshine of the genius mind
Reviewed in the United Kingdom on 17 November 2020
Verified Purchase
Had me hooked from the first page. I’m 100 pages in and it’s constant hilarity and typical reality bending, mind dissecting stuff from the Genius of Charlie Kauffman. If you’re a fan of his films, then you won’t be disappointed!
Read more
Report abuse

Arthurbrownscraziestworld
3.0 out of 5 stars Too long
Reviewed in the United Kingdom on 20 August 2020
Verified Purchase
Really funny but it badly needed an editor as it's repetitive and meandering. Get it to five hundred pages and it's a five star book.
Read more
Report abuse
See all reviews
Get FREE delivery with Amazon Prime
Prime members enjoy FREE Delivery and exclusive access to movies, TV shows, music, Kindle e-books, Twitch Prime, and more.
> Get Started
Back to top
Get to Know Us
Make Money with Us
Let Us Help You
And don't forget:
© 1996-2020, Amazon.com, Inc. or its affiliates