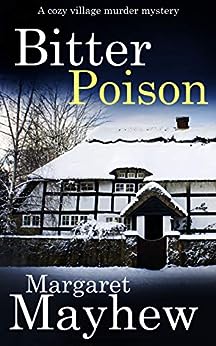 4.2 out of 5 stars
4.2 out of 5
1,363 global ratings
How are ratings calculated?
To calculate the overall star rating and percentage breakdown by star, we don’t use a simple average. Instead, our system considers things like how recent a review is and if the reviewer bought the item on Amazon. It also analyses reviews to verify trustworthiness.

Amazon Customer
5.0 out of 5 stars Grst read
Reviewed in Australia on 18 December 2020
Verified Purchase
really enjoyed this book, kept me guessing up until the end
Read more
Helpful
Report abuse

N B Howard
1.0 out of 5 stars Short and Drifting
Reviewed in the United Kingdom on 22 November 2020
Verified Purchase
Again like books 3 & 4 short almost novelette, also the story meanders for almost the book with the
same content repeated only towards the end is there any mystery given, the story drifts along looking
to end quickly. I have all five books so far and will be my last until I have read decent reviews on book
6. Books 1 & 2 very good 3 not bad 4 not good 5 finished it but with no enjoyment.
Read more
6 people found this helpful
Report abuse

R. Hall
5.0 out of 5 stars Another riveting puzzler
Reviewed in the United Kingdom on 17 December 2020
Verified Purchase
There are a few false trails laid here, and we suspect the risks of amateur dramatics. Hugh is again at the centre of things, hearing people's secrets and working out whodunnit. This is a really enjoyable series, with familiar characters entertaining us with predictable behaviour, Naomi turning up at 6.00 p.m., and Thursday the cat being difficult. It is newcomers to the village that upset the harmony, and it is the past that produces the motivation for murder. Another well-written, gently paced story of village life and death. Thoroughly enjoyable.
Read more
Report abuse

Rev47
1.0 out of 5 stars Absolute bilge
Reviewed in the United Kingdom on 20 December 2020
Verified Purchase
If I could give minus star I would. It is excellent with the following exceptions - no plot, no story, no detection, no development, no interest - and doesn't even function as a doorstop. I demand a refund. I thought I as getting book not paper to wrap the catfood in.
Read more
3 people found this helpful
Report abuse

Kindle Customer
5.0 out of 5 stars Another great story
Reviewed in the United Kingdom on 24 February 2021
Verified Purchase
Another great story the Colonel who has a knack of getting himself involved in mysterious deaths.A great asset to the village he now lives in with most people confiding in him. These stories are always an enjoyable read and I am looking forward to reading more in the series.
Read more
Report abuse

Peter Scott
5.0 out of 5 stars Murder or Misadventure?
Reviewed in the United Kingdom on 15 January 2021
Verified Purchase
Bitter Poison ( Village Mysteries Book 5) by Margaret Mayhew
An excellent story. A new family moves into the village. There is a distant sinister connection already living in the village. The wife dies from anaphylactic shock, but was it murder or was it misadventure?
Read more
Report abuse
See all reviews
Back to top
Get to Know Us
Make Money with Us
Let Us Help You
And don't forget:
© 1996-2021, Amazon.com, Inc. or its affiliates