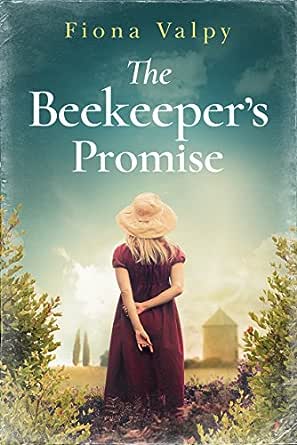 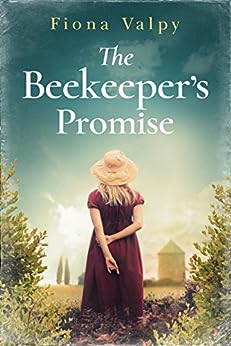 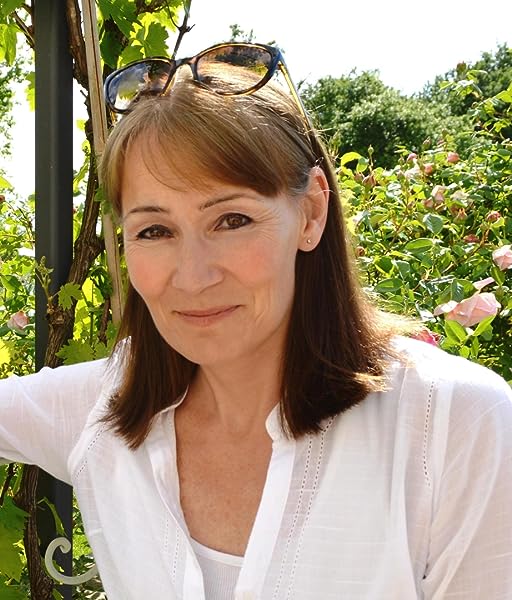 In a country at war, everyone must make a choice ... --This text refers to the audioCD edition.

Fiona Valpy spent seven years living in France, having moved there from the UK in 2007. She and her family renovated an old, rambling farmhouse in the Bordeaux winelands, during the course of which she developed new-found skills in cement mixing, interior decorating and wine tasting. All of these inspirations, along with a love for the place, the people and their history, have found their way into the books she's written, which have been translated into German, Norwegian, Czech, Turkish and Slovenian. Fiona now lives in Scotland, but enjoys regular visits to France in search of the sun. --This text refers to the paperback edition.

4.5 out of 5 stars
4.5 out of 5
4,763 global ratings
How are ratings calculated?
To calculate the overall star rating and percentage breakdown by star, we don’t use a simple average. Instead, our system considers things like how recent a review is and if the reviewer bought the item on Amazon. It also analyses reviews to verify trustworthiness.

NicShef❤️Reading
#1 REVIEWER
5.0 out of 5 stars Beautiful lessons of life...
Reviewed in Australia on 26 June 2018
Verified Purchase
This was a delightful surprise - a wonderful tale of two women who are years apart in age, both from a different time one of whom faces challenges head on and the other who learns from her story. Switching back and forth between WW11 Nazi invasion of France and modern times this is very special.

This is largely Eliane Martin’s story, who embodies spirit during the dreadful occupation of France during WW2, she and her family choose to help their neighbors & friends to escape the tyranny of the Germans at great peril to themselves. Eliane is determined to not be crushed by the enemy despite what she must sacrifice.

Decades later, Abi Howes arrives at the chateau where Eliane worked during the war, still battling the grief she listens to Eliane's story, she finds her own resolve returning and determines to live life to the full despite her personal hardships.

Many subtle and beautiful lessons through out, quoting from the book..' Life is not about waiting for the storm to pass, it's about learning to dance in the rain' ....

Lorraine Piper
5.0 out of 5 stars A story of two strong women
Reviewed in Australia on 26 July 2018
Verified Purchase
The main characters of Abi & Eliane drew me in.

Though WWII happened 70+ years ago this story respects those who gave their lives fighting for freedom from oppression. A lesson we should never forget.

This is a story that should be read by everyone. The strength inside of Abi and Eliane was a light that defeated the darkness around them.

GD Scott
5.0 out of 5 stars France in WWII
Reviewed in Australia on 8 August 2018
Verified Purchase
I found the story fascinating in giving a sense of what rural France went through In WWII. Fiona is a master story teller. Her prose is crisp and of the highest order. I could smell the fragrances of the French countryside. We are also reminded of the blatant cruelty of the Nazi invading forces especially post the Normandy landing. This is my first Fiona Valpy book and I cant wait for the second one
Read more
3 people found this helpful
Helpful
Comment Report abuse

Rowena
5.0 out of 5 stars The BeeKeeper's Promise by Fiona Valpy
Reviewed in Australia on 25 February 2019
Verified Purchase
This book is beautifully written, the first novel I have read by the author but it won't be the last.
The story is set in France where two friends go on a yoga retreat, one friend finds a new lover whilst the other finds so much more, she finds herself.
The story goes from telling you present day happenings to the same town during the German Occupation, a war torn town and the horrors that took place, and a family that lived through it.
The historical facts are true and told in such a way that I became fully immersed in the characters believing them to be true.
The present day characters have links to the past and you get to know each person as almost friends.
I love how the author was able to draw you in to the story, the town, the characters and the work space I could picture each of these elements in my head very easily.
Highly recommend this book to all. I'm off to look for more by the same author.
Read more
One person found this helpful
Helpful
Comment Report abuse

Renee' Clare
TOP 500 REVIEWER
5.0 out of 5 stars Beautifully written novel
Reviewed in Australia on 25 July 2019
Verified Purchase
I won't go into detail about the storyline of this wonderful read, as that is covered in the commentary in the kindle purchase process.

There are 2 things that I want in a book. Firstly not wanting to put it down, and secondly not wanting the book to end. The book for me was beautifully crafted and thought provoking. It certainly met the criteria.
I will seek further books from this wonderful author.
Read more
Helpful
Comment Report abuse

Jayjay
5.0 out of 5 stars The Bee Keeper's Promise by Fiona Valpy
Reviewed in Australia on 27 March 2019
Verified Purchase
This is the first of Fiona's books I have read and the first about the occupation of France. Meet Eliane, the heroine, who's courage along with that of her family and friends helped in various ways to save many people. Get acquainted with Abi, an innocent London girl who married a narcissistic businessman who controlled her every move and stole her confidence and self esteem.
Abi goes to France with a friend to participate in a Yoga Seminar designed to help her recover from this disastrous marriage but is soon deserted in favour of a Dutchman
She has wandered off from the group and gets caught in a storm and is saved by Sara who with her husband, Thomas owns the Chateau Bellevue which is a popular wedding venue.
Desperate for staff to help with the summer celebrations, Sara invites Abi to stay on. In the telling of Eliane's story during the war Abi gains the strength and confidence to face the world again.
Read on and enjoy this fascinating tale of WWII and present time.
Read more
Helpful
Comment Report abuse

Rosemary Realph
TOP 500 REVIEWER
4.0 out of 5 stars Great historical story set in France during both World Wars
Reviewed in Australia on 12 January 2020
Verified Purchase
Great story with romantic background but emphasising the hardships the French people had to contend with during the World war. The 2 women ( main characters) were shown to be such strong resourceful women.. Fiona Valpi you are one historian who researches so accurately . Your book was a pleasure to read and really kept my attention the whole way through.
Read more
Helpful
Comment Report abuse

Sheila
4.0 out of 5 stars A REALLY NICE READ
Reviewed in Australia on 29 July 2019
Verified Purchase
I hadn't read anything by this author before so wasn't sure what to expect. Easy reading and quite gentle in style but an interesting story about life, courage and loyalty in a French village during WWII with alternate chapters of life in the same village in modern times. There was a romance weaving throughout the tale but it wasn't too sentimental and it was more about the reality of living and surviving in an occupied country during times of War. I enjoyed it and would be happy to read another of her books.
Read more
Helpful
Comment Report abuse
See all reviews

jennifer f
5.0 out of 5 stars Absolutely absorbing.
Reviewed in the United Kingdom on 12 August 2018
Verified Purchase
Absolutely loved this book, so much so that I’ve bought another three of her kindle books (just one to go)! I was completely absorbed from the first page, felt as though I was actually there with all the characters. Having read quite a bit about France during WW2, the events fitted really well and I loved the modern side and how the downtrodden wife made good. (It’s also set in my most favourite area in France). Would totally recommend, wish I could give it ten stars so I will here 🌟🌟🌟🌟🌟🌟🌟🌟🌟🌟
Read more
94 people found this helpful
Report abuse

Kindle Customer Pam Lee
4.0 out of 5 stars The Bounty of Strong Bees
Reviewed in the United Kingdom on 7 August 2018
Verified Purchase
This story is mainly about families living in a rural area of occupied France in 1944. Life goes on as normal as possible but acts of sabotage are planned and committed to hinder the oppressors. The characters and countryside are beautifully described and this adds to the engrossing nature of the story. More than one tale is being told too, which adds to my feelings of admiration for the courage of the people in the stories which the writer has so aptly captured. A terrific story!
Read more
51 people found this helpful
Report abuse

DeeDee
5.0 out of 5 stars Excellent
Reviewed in the United Kingdom on 10 September 2018
Verified Purchase
This is another of Fiona Valpy's superb novels. This story is completely absorbing following the life of Eliane in France during the Second World War occupation of France. Elaine kept herself busy during those dark days by helping her father in the mill, tending her father's bee hives and selling honey in the village. What the people suffered was incredible and Elaine played a very significant part in helping the Resistance - of course there are moments of tenderness. The second interwoven part of the story is that of Abi who in the present time is undergoing an appalling relationship from which she escapes when her partner is killed in an accident. Abi then sets out to find herself a new life and recover, and it is then that she finds the mill in the little French village; takes a summer job at the Chateau Bellevue and learns the fate of the wartime occupants. The ending is amazing and I will not spoil this for other readers by revealing it, but would heartily recommend this book. I thoroughly enjoy Fiona Valpy's engrossing books and look forward very much to the next one - she is a superb author.
Read more
44 people found this helpful
Report abuse

Shell
5.0 out of 5 stars Excellent read.
Reviewed in the United Kingdom on 4 August 2018
Verified Purchase
This is the first of Fiona Valpy books I have read and will now be on the lookout for more. I loved the way she writes and the way she describes the settings and the people and their lives! Also the way she tells the story and goes from the war years to the present day! Only one thing I found irritating and that was the amount of french words used! Can't see the point! Sorry, but apart from that a really good read.
Read more
43 people found this helpful
Report abuse

Non53
5.0 out of 5 stars Beautiful, emotional and inspiring
Reviewed in the United Kingdom on 7 July 2018
Verified Purchase
Another superbly written story from Fiona Valpy. Emotional, inspiring and uplifting, despite the awful events in which some of the characters find themselves trapped. I absolutely love Fiona Valpy's writing style and have thoroughly been enchanted but the two books I have now read.
Read more
28 people found this helpful
Report abuse
See all reviews
Get FREE delivery with Amazon Prime
Prime members enjoy FREE Delivery and exclusive access to movies, TV shows, music, Kindle e-books, Twitch Prime, and more.
> Get Started
Back to top
Get to Know Us
Make Money with Us
Let Us Help You
And don't forget:
© 1996-2020, Amazon.com, Inc. or its affiliates