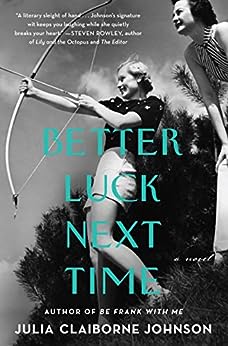 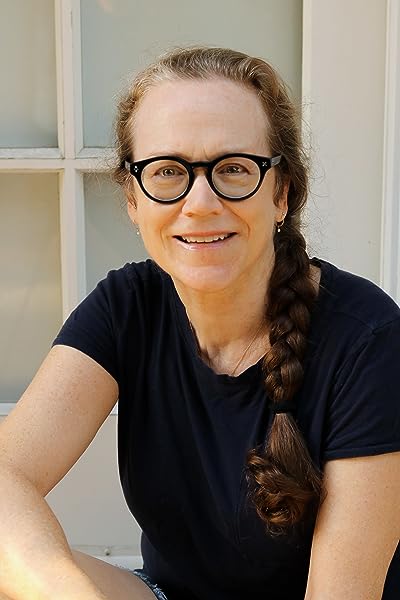 Doesn't a romantic comedy set on a 1930s Nevada dude ranch teeming with about-to-be-divorced women owe a certain debt to the era's big-screen classics? Then again, it's hard to believe a cinematic version could be any more fun.--New York Times Book Review

Invites comparisons to Shakespeare's madcap comedies...Like Shakespeare with his fairies, Johnson uses her own brand of magic to bring these characters to life and to remind us that love often requires a second chance.--Chattanooga Free Press

Channels Frank Capra's screwball comedies...There is a delightful sense of closure in the way Johnson wraps up this shiny package, which arrives just after New Year's like a late holiday gift.--Christian Science Monitor

Johnson's rollicking comedy sizzles, thanks to the immensely appealing voice of its aging narrator...brims with the clever banter and farcical situations of a classic Capra film.--Publishers Weekly (starred review)

Rollicking, nostalgic, wistful and wise, Better Luck Next Time is another gem from Julia Claiborne Johnson. Like a modern-day Anita Loos (but with more heart), Johnson spins an irresistible yarn that captures Depression-era disappointments, hopes, and determination, and paints a touching story of how even a life gone wrong can be a life well lived.--Karen Dukess, author of The Last Book Party

Julia Claiborne Johnson's real skill is a literary sleight of hand: creating humorous characters with big hearts, then using them to deliver a story with a surprising emotional wallop. There were tears from heartbreak and joy! My face still hurts from smiling. --Steven Rowley, author of Lily and the Octopus and The Editor

Do you want to read something funny? Let's say, a novel set at a divorce ranch in Reno in the 1930s? A book with memorably eccentric characters, sparkling dialogue, a satisfying plot twist, and some romance and sex? A feel-good literary comedy/western? Here it is, then, the book you've been looking for: Julia Claiborne Johnson's Better Luck Next Time.--Julie Schumacher, author of Dear Committee Members and The Shakespeare Requirement --This text refers to the paperback edition.

Julia Claiborne Johnson is the bestselling author of Be Frank With Me. She worked at Mademoiselle and Glamour magazines before marrying and moving to Los Angeles, where she lives with her comedy-writer husband and their two children.

4.1 out of 5 stars
4.1 out of 5
378 global ratings
How are ratings calculated?
To calculate the overall star rating and percentage breakdown by star, we don’t use a simple average. Instead, our system considers things like how recent a review is and if the reviewer bought the item on Amazon. It also analyses reviews to verify trustworthiness.

William L. McGee and Sandra V. McGee, Authors
4.0 out of 5 stars Little has been written about the Reno divorce ranch era, 1931 to the 1950s
Reviewed in the United States on 20 January 2021
Verified Purchase
Kudos to Julia Claiborne Johnson for setting her novel in this era. She's introducing generations to a slice of remarkable history in the contemporary American West few know about today. I know something of this era. From 1947 to 1949, my late husband was the head dude wrangler on Nevada's most famous dude & divorce ranch, the Flying M.E., twenty miles south of Reno. We recaptured the history and his stories in "The Divorce Seekers - A Photo Memoir of a Nevada Dude Wrangler" (on Amazon). Thank you, Ms. Johnson, for bringing this period to light. And I love the cover!
Read more
5 people found this helpful
Report abuse

mz johansen
4.0 out of 5 stars Well done
Reviewed in the United States on 18 May 2021
Verified Purchase
What an interesting read! The time is 1938 Reno Nevada where quickie divorces require a 6 week residency. Scene: a dude ranch for soon-to-be divorcees who need an address for 6 weeks. Cast of characters: Ward a delectable ranch hand with a cleft in his chin and a sparkle in his eyes; Max and Margaret, the owners of the ranch, Nina a nimble aviatrix at the ranch for the third time and Emily, a wealthy woman, waiting to divorce he cheating spouse, plus an assorted cast of characters who can warm your heart or make your blood boil.

Told from the perspective of an elderly doctor’s recollections the plot unfolds quite beautifully really. Who finds love, who loses it, who stops caring about it? Read this book and enjoy the story telling!
Read more
One person found this helpful
Report abuse

Tiffany Yates
5.0 out of 5 stars A setting and characters to get lost in
Reviewed in the United States on 17 May 2021
Verified Purchase
I've been a huge fan of the author's since Be Frank with Me stole my heart. This one is so different, but an absolute lark of a story, with surprising emotional punch. The 1930s divorce/dude-ranch setting is a character all on its own (the author's personal family connection to it in her author's note is fascinating), but it's also populated with larger-than-life characters who leap off the page, and peppered with Johnson's signature humor. A delightful read--Johnson never disappoints.
Read more
One person found this helpful
Report abuse

James Weaver
5.0 out of 5 stars This is such a well written book and it reads quickly, it is funny, and takes you immediately in.
Reviewed in the United States on 24 January 2021
Verified Purchase
22 chapters of fun, 3 of heartbreak. You really become involved with these characters, turning pages to see what happens next at the ranch. You might know someone exactly like a couple of them. Only towards the end does the premise become clear.
Read more
2 people found this helpful
Report abuse

Kathy J. Dowdle
5.0 out of 5 stars Great read
Reviewed in the United States on 27 February 2021
Verified Purchase
Loved stepping into the past for a summer in Reno. The era of the Reno divorce has always fascinated me. This story grabbed me and wouldn't let me go. Having thouroghly enjoying Me Johnson's previous book, "Be Frank With Me" as well, I can't wait for her next work!
Read more
One person found this helpful
Report abuse
See all reviews
Back to top
Get to Know Us
Make Money with Us
Let Us Help You
And don't forget:
© 1996-2021, Amazon.com, Inc. or its affiliates