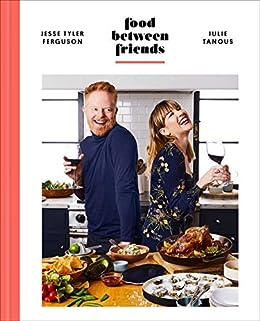 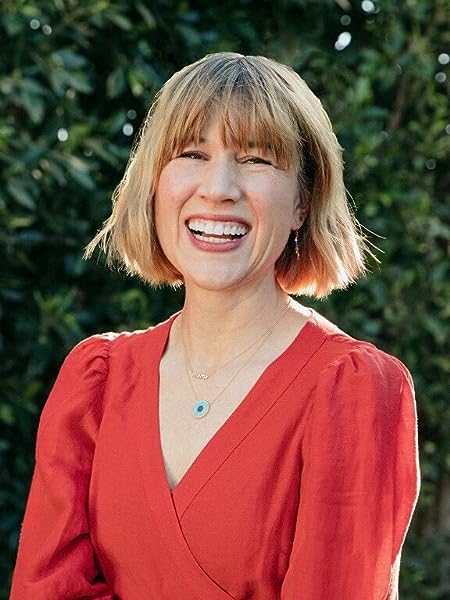 In best-friend duo Jesse and Julie's debut cookbook, they pay homage to their hometowns as they whip up wholesome California food with rich Southern and Southwestern twists. --This text refers to the hardcover edition.

Jesse Tyler Ferguson is a celebrated actor with a passion for cooking and entertaining, best known for his lead role in the TV series Modern Family. He lives in Los Angeles with his husband, Justin Mikita, and their baby, Beckett.

Julie Tanousis aprivate chef, recipe developer, and writer. Her recipes have been featured inFood & Wine magazine and annual cookbook, as well asPeople, InStyle, LA Weekly, Bake from Scratch, and Taste of the South. She was born and raised in Alabama, but now lives in Los Angeles with herhusband, their two children, and their French bulldog. --This text refers to the hardcover edition.

4.7 out of 5 stars
4.7 out of 5
231 global ratings
How are ratings calculated?
To calculate the overall star rating and percentage breakdown by star, we don’t use a simple average. Instead, our system considers things like how recent a review is and if the reviewer bought the item on Amazon. It also analyses reviews to verify trustworthiness.

Judy Krist
5.0 out of 5 stars Wonderful book
Reviewed in Canada on 31 March 2021
Verified Purchase
Everyone once in awhile a cookbook comes along that makes you smile as you cook the recipes. This book is one of them.
Read more
Report abuse

Dawnie
5.0 out of 5 stars Easy to cook
Reviewed in Canada on 17 June 2021
Verified Purchase
The book is filled with great recipes, easy to follow , great pictures. I bought it as a present and my friend really likes it !
Read more
Report abuse

Kripp
5.0 out of 5 stars Deliciousness!
Reviewed in Germany on 26 May 2021
Verified Purchase
I just love the take on the recipes! The beef and pickle tacos have become a regular at our home, so yummy!!! Everything I tried so far was super easy and delicious!
You have to buy this book if you want to treat yourself with amazing foods for every time of the day!

aaron grogan
5.0 out of 5 stars Better than Expected
Reviewed in the United States on 15 March 2021
Verified Purchase
I was pleasantly surprised at the number of southern and southwestern inspired dishes in the book. Make no mistake, this is a book about cooking from scratch and the recipes are inspired by dinner parties. They have a few more ingredients and the cook-times are not super suited to weeknight after work preparation. That's fine! There are a zillion books for those situations. I call these types of books "weekend recipes" when you want something dazzling and really enjoy the process. You can really tell these recipes are form the hearts of the authors and if you've seen any of the Instagram videos on the prep for this book, you know they are the real deal. Ill probably make everything in this book at least once - and there are more than a few that will be family meal favorites for years!
Read more
14 people found this helpful
Report abuse

Lucy Fergoosen
4.0 out of 5 stars The first recipe I tried was to die for!
Reviewed in the United States on 6 April 2021
Verified Purchase
I bought this cookbook after seeing Jessie and Julie on Kelly Clarkson’s show. I don’t usually spend my money to make celebrities richer, but I read some reviews here that said that the recipes are not quick weeknight, quick to throw together, meals. I’m retired and in this Covid landscape, I’m home, with not a lot to do. So, spending time in the kitchen, making a meal for my family, is right where I want to be these days. I had a pork tenderloin to make for dinner. I was planning on my usual - sear it in a pan, finish cooking it in the oven, and finish with a beautiful sauce, but at the last minute, I remembered my new book and looked up “pork”. There was a recipe for “crispy pork loin” with green chile chutney. I just happened to have all of the ingredients on hand. It was the most delicious thing I’ve made in a long time. The crispy pork medallions were exceptional with the seasoned flour mix, and the chutney put the whole dish over the edge! I can’t wait to try another recipe from this cookbook. There are so many that sound delicious.
Read more
12 people found this helpful
Report abuse
See all reviews
Back to top
Get to Know Us
Make Money with Us
Let Us Help You
And don't forget:
© 1996-2021, Amazon.com, Inc. or its affiliates