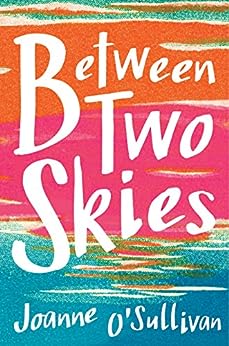 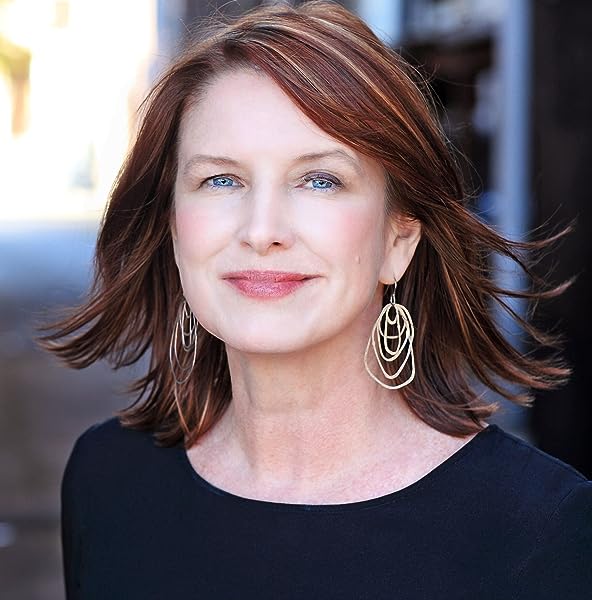 What separates Evangeline's story from the myriad others that have come and gone in the wake of one of the nation's worst natural disasters is O'Sullivan's deft lyricism...O'Sullivan's light touch and restraint will allow readers to follow Evangeline as she stands howling into the wind that howled into her. ― Kirkus Reviews (starred review)

O’Sullivan’s debut novel excels in its expressive language and the use of place: a colorful home, a city that contrasts what Evangeline has lost, and the aftermath of the storm that destroyed nearly everything she holds dear. Told in a strong, purposeful voice filled with controlled emotion and hope, the impact of Katrina on families is as compelling as Evangeline’s drive to regain her sense of self and belonging. ― Booklist (starred review)

This tale reminds readers that there were millions of people all over the gulf affected by [Hurricane Katrina] and that for many, the horror of the event was only beginning, not ending, when the skies cleared. A compelling novel with a tender romance, this debut is a great choice for teens who appreciated Jewell Parker Rhodes’s Ninth Ward or Denise Lewis Patrick’s Finding Someplace. ― School Library Journal

O’Sullivan’s first novel, an elegantly written coming-of-age story set against the backdrop of Hurricane Katrina, opens in the village of Bayou Perdu on the Gulf of Mexico on the eve of Evangeline Riley’s 16th birthday...O’Sullivan creates suspense on several fronts and gives Evangeline a lyrical and endearing voice. ― Publishers Weekly

This is an interesting exploration of the changes that come well after a disaster is over, and it would especially make a thoughtful addition to the books that cover Hurricane Katrina’s more immediate effects. ― Bulletin of the Center for Children's Books

Featured/recommended in cover reveal ― YA Highway (blog) --This text refers to the hardcover edition.

Joanne O’Sullivan is a journalist for the Asheville Citizen-Times. She lived in New Orleans for several years and returns to southern Louisiana frequently. Between Two Skies is her debut novel. She lives in Asheville, North Carolina, with her husband and children. --This text refers to the hardcover edition.

4.6 out of 5 stars
4.6 out of 5
36 global ratings
How are ratings calculated?
To calculate the overall star rating and percentage breakdown by star, we don’t use a simple average. Instead, our system considers things like how recent a review is and if the reviewer bought the item on Amazon. It also analyses reviews to verify trustworthiness.

Melissa Roske
5.0 out of 5 stars best friends, Danielle and Kendra
Reviewed in the United States on 3 May 2017
Verified Purchase
This gorgeously written YA novel tells the story of Evangeline Riley, a 16-year-old fishing-rodeo champ from Bayou Perdu, Louisiana. Everything Evangeline needs and loves can be found in this tiny fishing town, including her family, best friends, Danielle and Kendra, and her beloved grandmother, Mamere. And then Hurricane Katrina strikes, wiping out the life Evangeline has known forever. With a nuanced cast of supporting characters, a page-turning storyline, and a heart-tugging romance between Evangeline and fellow Katrina refugee, Tru, BETWEEN TWO SKIES is a highly satisfying, and deeply heartwarming novel. Highly and enthusiastically recommended!
Read more
6 people found this helpful
Report abuse

Michelle H
5.0 out of 5 stars Delicious writing!
Reviewed in the United States on 18 June 2017
Verified Purchase
The prose in this book is stunningly beautiful. I found myself highlighting longer and longer and longer sections. There's a particular spirit to New Orleans and also bayou Louisiana and this author GETS it and infuses that character into every line. The plot isn't a bunch of twists- mostly the struggles of how and where to build a new life after everything has been lost. People say it's "just things" but communities were lost, too. Careers, schools, friendships, livelihoods, and many of those just couldn't be built again. Nothing could be the same and The for better or worse of that was fully captured in this novel. I adored the music parts and the love story. I also appreciated how the main character isn't any of the "types" you're used to seeing in teen novels. She's just, utterly, herself.

This story was told through food and music, which is the language of everything in Louisiana. I savored and devoured this book all at once and hope to God the author writes more.
Read more
3 people found this helpful
Report abuse

Amy G.
5.0 out of 5 stars heartfelt love song to Louisianna
Reviewed in the United States on 11 June 2017
Verified Purchase
A stunning, heartfelt love song to Louisianna, Between Two Skies really captures what it means to be “home.” To some, it’s wherever there is family. To others, like Evangeline, it means more. It’s the sea and the sky and her bayou. As everyone and everything Evangeline holds dear is displaced by Hurricane Katrina, she falls in love with another Katrina refugee, Tru. Their love, like her beloved Bayou Perdu, is strong enough to weather the storm. I fell so in love with this story and with the resiliency of Evangeline.
Read more
One person found this helpful
Report abuse

Katie Cashin
5.0 out of 5 stars A heartwarming story of a young girl and the tough choices nature forced on her and her family.
Reviewed in the United States on 20 June 2017
Verified Purchase
I loved this book and felt for Evangeline and the hard choices her family has to make. The story rang true and not everything ended in a wonderful way, just as in the real life trials of Katrina refugees. The dialogue felt authentic and the descriptions were beautifully written. You could feel yourself boating in the bayou. Evangeline's family isn't perfect and you could understand why certain family members wanted to head home to Bayou Perdu and others were happy staying in Atlanta. A touching story of a young girl that made me laugh and cry, I would recommend this book to young and old alike!
Read more
One person found this helpful
Report abuse

runningonempty
5.0 out of 5 stars Best Thing I've Read This Summer
Reviewed in the United States on 21 June 2017
Verified Purchase
This book is a lyrical ode not only to a place and time, but to first love as well. I was captivated by O'Sullivan's descriptions of the bayou. I quickly fell in love with her characters as well. They are real people facing real issues--not stereotypes of teens and their parents. The conversations and relationships between family members weren't overly dramatic--they were relatable. Finally, the unfolding of the "first love" touched me deeply. She captures those feelings and yearnings masterfully.
Read more
One person found this helpful
Report abuse
See all reviews
Back to top
Get to Know Us
Make Money with Us
Let Us Help You
And don't forget:
© 1996-2021, Amazon.com, Inc. or its affiliates