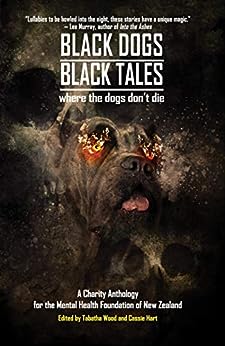 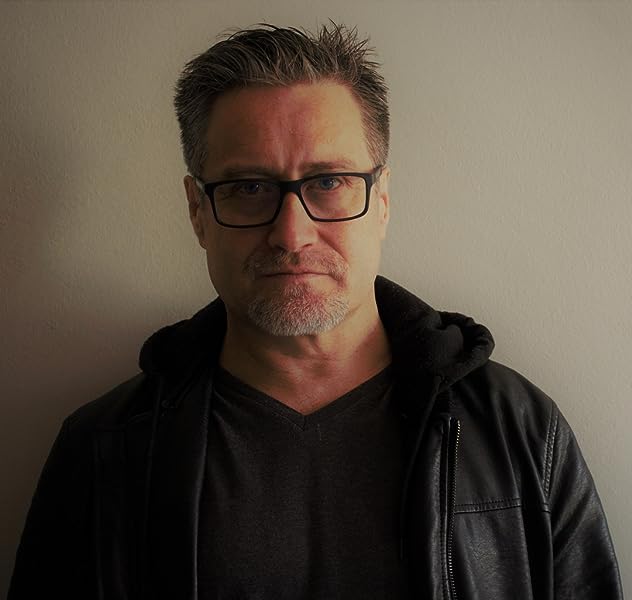 Tina
5.0 out of 5 stars Excellent read!
Reviewed in Canada on 31 October 2020
Verified Purchase
There is something for everyone in this collection. From suspenseful to gory, every story stands out on its own and together, make quite a pack. A must read for any horror fan.
Read more
Report abuse

H. Grove (errantdreams)
4.0 out of 5 stars Engaging!
Reviewed in the United States on 11 May 2021
Verified Purchase
The anthology Black Dogs, Black Tales – Where the Dogs Don’t Die: A Charity Anthology for the Mental Health Foundation of New Zealand investigates the analogy of mental illness as a “black dog.” Sometimes the black dog is tangential; sometimes it’s the center of the story. The book also tries to provide a sort of safe space in which the dog doesn’t die, but if you really need to avoid any harm to dogs then don’t read “The Gaze Dogs of Nine Waterfall” by Kaaron Warren–there are some rather callous puppy deaths in that story. There are also some poems and pieces of art, but I don’t feel qualified to comment on those, so I won’t.

One of my favorite stories in this volume is the first: “Black Cloud Sunshine” by Dan Roberts. Young Liam is hanging out reading near the woods when lightning strikes and a wildfire starts. His dog, Ebony, is determined to see him safely home. L.L. Asher’s “Shifting in the Black” is a story in which I don’t entirely understand what’s going on (except that with the help of a giant dog, John rescues children in danger), but I also felt that I didn’t really need to understand in order to appreciate the story. That’s pretty rare. Tabatha Woods’s “Night Wolves” introduces a woman who lost her sister Emily not long ago, and the mysterious dog that accompanies her to the graveyard every day. E.E. King’s “The Honeymoon’s Over” is a really excellent story about a dog and a couple of hit-and-run accidents. I don’t want to give anything away so I won’t say more! Galina Trefil’s “Use a Shovel” is a difficult-to-read depiction of spousal abuse, but the ending is wonderful.

J.C. Hart’s “The Dead Way” sees a young girl begging her mother not to go down the dead end street where their dog disappeared to. Matthew R. Davis’s “Vision Thing” gives us shades of A Christmas Carol as a mysterious woman attempts to show a man how useless his life is on Halloween night. Melanie Harding-Shaw’s “Synaesthete” introduces us to a person who sees creatures behind people’s eyes. P.J. Blakey-Novis’s “Fossil Bluff” takes place in Antarctica, where researchers encounter a yeti-like monster. M.E. Proctor’s “Black and Tan” is a very bizarre story of a marriage going bad, and a wife who’s determined to adopt a dog her husband doesn’t want. Alan Baxter’s “Yellow Dog” is a tale of a homeless man who gives a dog a sandwich, and I enjoyed it.

Kaaron Warren’s “The Gaze Dogs of Nine Waterfall” is a story I mentioned above, that has a decent amount of animal death, including puppy death, in it regardless of the book’s sub-title. I really found the main character to be fascinating, however, and the bizarre world in which she lives is intriguing. It’s a bit bizarre and surreal and sad at the same time. Ian J. Middleton’s “Park Life” is a look at the more traditional black dog of mental illness, with a twist. John Linwood Grant’s “Grey Dog” is a Carnacki story with a grey dog who seems to be waiting for a man to die. Hari Navarro’s “I Am Become” was too confusing to me toward the end; it starts off great but just gets so odd after a certain point. I really have no idea what was going on at the end. Justin Guleserian’s “Redbone” is a surprising story about a police officer with a search-and-rescue dog who’s called in to search for the mayor’s missing wife. Octavia Cade’s “The Feather Wall” is a disease-apocalypse story centered on a ranger who’s stranded on an island alone with his dog, protecting endangered wildlife. This story meanders and never entirely seems to settle, but it was nice.

There are no stories here that particularly bothered me or annoyed me–all of them are solidly good. This is a delightful anthology, whose profits are going to an excellent cause. I definitely recommend it!
Read more
Report abuse
See all reviews
Back to top
Get to Know Us
Make Money with Us
Let Us Help You
And don't forget:
© 1996-2021, Amazon.com, Inc. or its affiliates