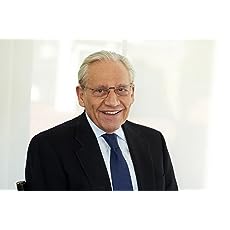 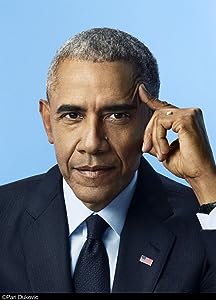 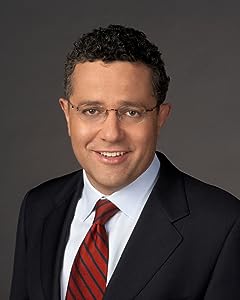 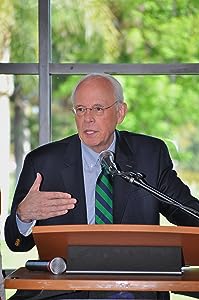 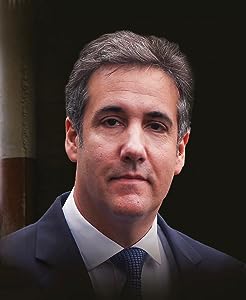 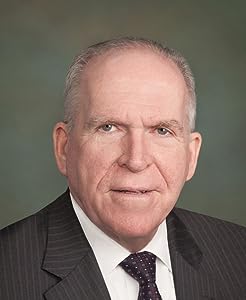 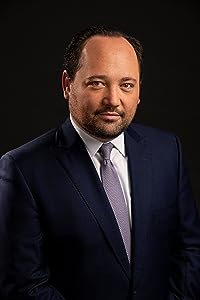 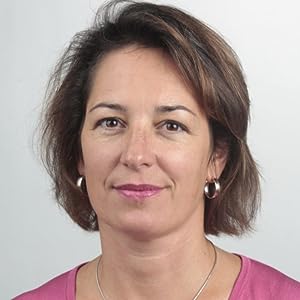 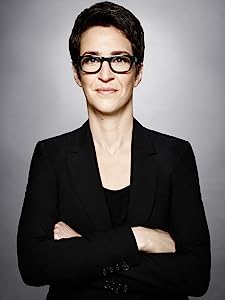 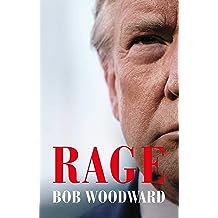 Woodward, the No 1 international bestselling author of Fear: Trump in the White House, has uncovered the precise moment the president was warned that the Covid-19 epidemic would be the biggest national security threat to his presidency. In dramatic detail, Woodward takes readers into the Oval Office as Trump’s head pops up when he is told in January 2020 that the pandemic could reach the scale of the 1918 Spanish Flu that killed 675,000 Americans.

In 17 on-the-record interviews with Woodward over seven volatile months - an utterly vivid window into Trump’s mind - the president provides a self-portrait that is part denial and part combative interchange mixed with surprising moments of doubt as he glimpses the perils in the presidency and what he calls the 'dynamite behind every door'. At key decision points, Rage shows how Trump’s responses to the crises of 2020 were rooted in the instincts, habits and style he developed during his first three years as president.

Revisiting the earliest days of the Trump presidency, Rage reveals how Secretary of Defense James Mattis, Secretary of State Rex Tillerson and Director of National Intelligence Dan Coats struggled to keep the country safe as the president dismantled any semblance of collegial national security decision making. Rage draws from hundreds of hours of interviews with first-hand witnesses as well as participants’ notes, emails, diaries, calendars and confidential documents.

Woodward obtained 25 never-seen personal letters exchanged between Trump and North Korean leader Kim Jong Un, who describes the bond between the two leaders as out of a 'fantasy film'. Trump insists to Woodward he will triumph over Covid-19 and the economic calamity. 'Don’t worry about it, Bob. Okay?' Trump told the author in July. 'Don’t worry about it. We’ll get to do another book. You’ll find I was right.' 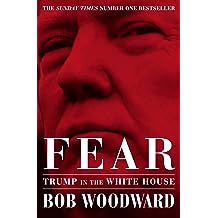 THE INSIDE STORY ON PRESIDENT TRUMP, AS ONLY BOB WOODWARD CAN TELL IT.

‘Fear is a meticulously researched account of a White House and a president in financial, legal and personal disorder…essential reading…’ Daily Mail

'The sheer weight of anecdotes depicts a man with no empathy and a pathological capacity for lying.' - The Financial Times

'Fuelling his narrative is an astonishing cast of rogues, ideologues, self-made millionaires and men in uniform who have spent the past two years in and out of Trump's administration.' - The Sunday Times

'Woodward’s meticulous account of office intrigues, the president’s men don’t seem to be trembling with fright.  What they mostly feel is contempt for Trump or pity for his ignorance and the “teenage logic” of his obsessively vented grievances.' - The Observer

'Horribly fascinating. Strongly recommended. If you can bear it.' Richard Dawkins

'To me the standout message from the book...is that the president is a bit clueless, a bit vain, a bit dangerous even; but his people are utterly at sea…’ - Justin Webb, The Times

'He is the master and I'd trust him over politicians of either party any day of the week.' —Peter Baker, New York Times

'His work has been factually unassailable . . . In an age of ‘alternative facts’ and corrosive tweets about ‘fake news,’ Woodward is truth’s gold standard.' - Jill Abramson, The Washington Post

'Fear depicts a White House awash in dysfunction, where the Lord of the Flies is the closest thing to an owner's manual.' The Guardian

'I wonder how many journalists have arrived in Washington over the years dreaming of becoming the next Bob Woodward . . . Though his books are often sensational, he is the opposite of sensationalist. He’s diligent, rigorous, fastidious about the facts, and studiously ethical. There’s something almost monastic about his method . . . He’s Washington's chronicler in chief.' —  Nick Bryant, BBC

'I’ve been on the receiving end of a Bob Woodward book. There were quotes in it I didn’t like. But never once—never—did I think Woodward made it up. Anonymous sources have looser lips and may take liberties. But Woodward always plays is straight. Someone told it to him.' — Ari Fleisher, White House Press Secretary for George W.
Read more
Other Formats:: Audible Audiobook , Hardcover , Paperback , Audio CD
includes tax, if applicable 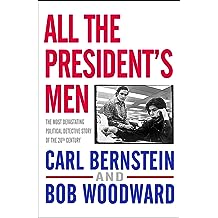 All the President's Men 11/12/2012
by Bob Woodward , Carl Bernstein
( 173 )
$9.99
It began with a break-in at the Democratic National Committee headquarters in Washington DC, on 17 June 1972. Bob Woodward, a journalist for the Washington Post, was called into the office on a Saturday morning to cover the story. Carl Bernstein, a political reporter on the Post, was also assigned. They soon learned this was no ordinary burglary.

Following lead after lead, Woodward and Bernstein picked up a trail of money, conspiracy and high-level pressure that ultimately led to the doors of the Oval Office. Men very close to the President were implicated, and then Richard Nixon himself. Over a period of months, Woodward met secretly with Deep Throat, for decades the most famous anonymous source in the history of journalism. As he and Bernstein pieced the jigsaw together, they produced a series of explosive stories that would not only win the Post a Pulitzer Prize, they would bring about the President's scandalous downfall.

ALL THE PRESIDENT'S MEN documents this amazing story. Taut, gripping and fascinating, it is a classic of its kind -- the true story of the events that changed the American presidency.
Read more
Other Formats:: Paperback , Mass Market Paperback
includes tax, if applicable 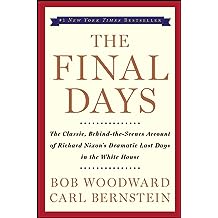 The Final Days 27/08/2013
by Bob Woodward , Carl Bernstein
( 219 )
$10.99
“An extraordinary work of reportage on the epic political story of our time” (Newsweek)—from Bob Woodward and Carl Bernstein, Pulitzer Prize-winning coauthors of All the President’s Men.

The Final Days is the #1 New York Times bestselling, classic, behind-the-scenes account of Richard Nixon’s dramatic last months as president. Moment by moment, Bernstein and Woodward portray the taut, post-Watergate White House as Nixon, his family, his staff, and many members of Congress strained desperately to prevent his inevitable resignation. This brilliant book reveals the ordeal of Nixon’s fall from office—one of the gravest crises in presidential history.
Read more
Other Formats:: Hardcover , Paperback , Audio CD
includes tax, if applicable 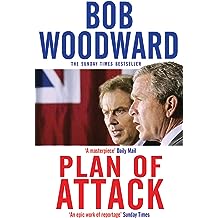 Plan of Attack 25/12/2012
by Bob Woodward
( 87 )
$9.99
Award-winning journalist Bob Woodward has spent over thirty years in Washington's corridors of power. In All the President's Men it was he, together with Carl Bernstein, who exposed the Watergate scandal and he has been giving us a privileged front-row seat to White-House intrigue and decision-making ever since.

With PLAN OF ATTACK he brings his investigative skills to bear on the administration of George W. Bush, and the build-up to war in Iraq. What emerges is a fascinating and intimate portrait of the leading powers in Bush's war council and their allies overseas as they prepare their pre-emptive attack and change the course of history.
Read more
Other Formats:: Audible Audiobook , Hardcover , Paperback , Audio CD , Audio, Cassette
includes tax, if applicable 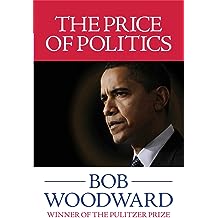 The Price of Politics 24/09/2013
by Bob Woodward
( 7 )
$10.99
Based on 18 months of reporting, Woodward's 17th book is an intimate, documented examination of how President Obama and the highest profile Republican and Democratic leaders in the United States Congress attempted to restore the American economy and improve the federal government's fiscal condition over three and one half years. Drawn from memos, contemporaneous meeting notes, emails and in-depth interviews with the central players, THE PRICE OF POLITICS addresses the key issue of the presidential and congressional campaigns: the condition of the American economy and how and why we got there. Providing verbatim, day-by-day, even hour-by-hour accounts, the book shows what really happened, what drove the debates, negotiations and struggles that define, and will continue to define, the American future.
Read more
includes tax, if applicable 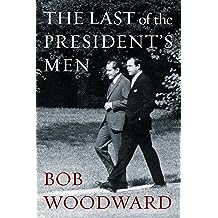 The Last of the President's Men 13/10/2015
by Bob Woodward
( 283 )
$16.99
Bob Woodward exposes one of the final pieces of the Richard Nixon puzzle in his new book The Last of the President's Men. Woodward reveals the untold story of Alexander Butterfield, the Nixon aide who disclosed the secret White House taping system that changed history and led to Nixon's resignation. In 46 hours of interviews with Butterfield, supported by thousands of documents, many of them original and not in the presidential archives and libraries, Woodward has uncovered new dimensions of Nixon's secrets, obsessions and deceptions. Butterfield provides the intimate details of what it was like working and living just feet from the most powerful man in the world as he sought to navigate the obligations to his president and the truth of Nixon's obsessions and deceptions.
Read more
Other Formats:: Audible Audiobook , Hardcover , Perfect Paperback , Audio CD
includes tax, if applicable 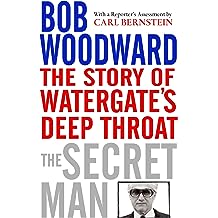 The Secret Man: The Story of Watergate's Deep Throat 11/12/2012
by Bob Woodward
( 115 )
$10.99
In America's capital city, where little stays secret for long, the identity of Deep Throat - the mysterious source who helped Bob Woodward and Carl Bernstein break open the Watergate scandal in 1972 - remained hidden for thirty-three years. Now, Woodward tells the story of his long, complex relationship with Mark Felt, the enigmatic former No. 2 man in the FBI who helped end the presidency of Richard Nixon.

The Secret Man chronicles the story in intimate detail, from Woodward's first, chance encounter with Felt in the Nixon White House, to their covert, middle-of-the-night meetings in an underground parking garage, to the aftermath of Watergate and decades beyond, until Felt finally stepped forward at age 91 to unmask himself as Deep Throat. It is an intense, 33-year journey and the gripping final chapter to one of the most exciting periods in journalistic and political history.
Read more
Other Formats:: Audible Audiobook , Hardcover , Paperback
includes tax, if applicable 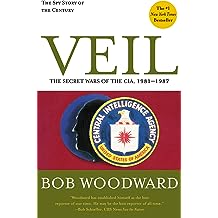 Veil 11/12/2012
by Bob Woodward
( 87 )
$10.99
Veilis the story of the covert wars that were waged in Central America, Iran and Libya in a secretive atmosphere and became the centerpieces and eventual time bombs of American foreign policy in the 1980s.
Read more
Other Formats:: Hardcover , Paperback , Audio, Cassette
includes tax, if applicable 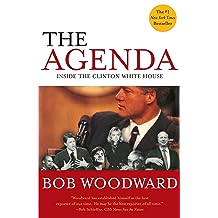 Agenda: Inside the Clinton White House 01/08/2011
by Bob Woodward
( 28 )
$9.99
The Agendais a day-by-day, often minute-by-minute account of Bill Clinton's White House. Drawing on hundreds of interviews, confidential internal memos, diaries, and meeting notes, Woodward shows how Clinton and his advisers grappled with questions of lasting importance -- the federal deficit, health care, welfare reform, taxes, jobs. One of the most intimate portraits of a sitting president ever published, this edition includes an afterword on Clinton's efforts to save his presidency.
Read more
Other Formats:: Hardcover , Paperback , Audio, Cassette
includes tax, if applicable 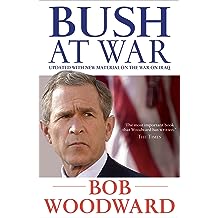 Bush At War 25/12/2012
by Bob Woodward
( 19 )
$13.99
With his unmatched investigative skill, Bob Woodward tells the behind-the-scenes story of how President George W. Bush and his top national security advisers led the nation to war. Extensive quotations from the secret deliberations of the National Security Council and firsthand revelations of the private thoughts, concerns and fears of the president and his war cabinet, make BUSH AT WAR an unprecedented chronicle of a modern presidency in a time of grave crisis.

Based on interviews with more than a hundred sources and four hours of exclusive interviews with the president, BUSH AT WAR reveals Bush's sweeping, almost grandiose vision for remaking the world. Woodward's virtual wiretap into the White House Situation Room reveals a stunning group portrait of an untested president and his advisers, three of whom might themselves have made it to the presidency. 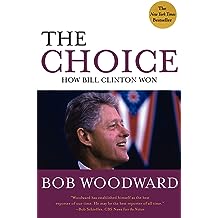 The Choice 11/12/2012
by Bob Woodward
( 7 )
$16.99
The Choiceis Bob Woodward's classic story of the quest for power, focusing on the 1996 presidential campaign as a case study of money, public opinion polling, attack advertising, handlers, consultants, and decision making in the midst of electoral uncertainty. President Bill Clinton is examined in full in the contest with Senate Majority Leader Bob Dole, the Republican presidential nominee. The intimacy and detail of Woodward's account of the candidates and their wives show the epic human struggle in this race for the White House.
Read more
Other Formats:: Paperback
includes tax, if applicable
Back to top
Get to Know Us
Make Money with Us
Let Us Help You
And don't forget:
© 1996-2020, Amazon.com, Inc. or its affiliates