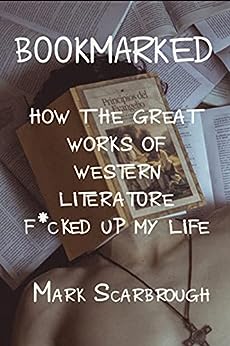 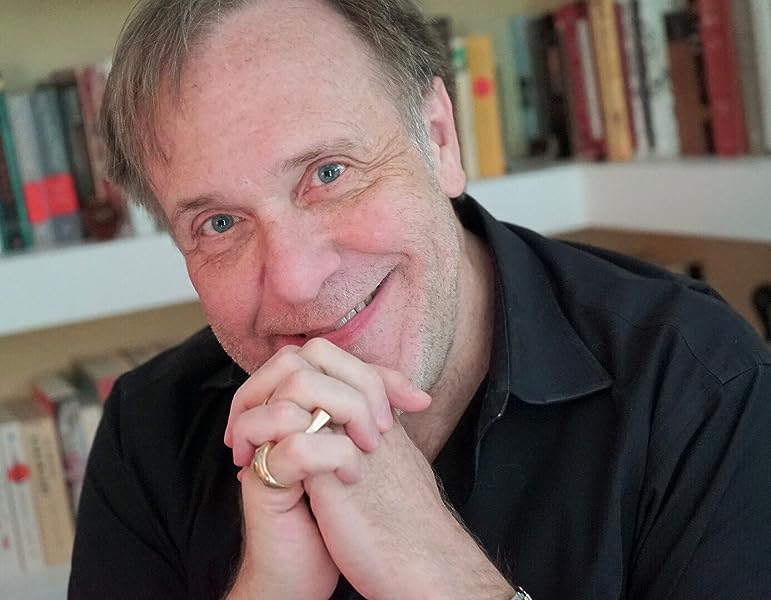 Bookmarked: How the Great Works of Western Literature F*cked Up My Life Kindle Edition

by Mark Scarbrough (Author) Format: Kindle Edition
See all formats and editions
Sorry, there was a problem loading this page. Try again.

"Mark Scarbrough summons a host of greats — Chaucer to Henry James — to show the danger of accepting the stories we are told by our parents, our partners, and even the very authors whose books we treasure. In a brave, singular memoir that is equal parts charm, wit, and withering self-reflection, he recounts his journey through literature and life to find a self that is truly his.” --Will Schwalbe, New York Times bestselling author of THE END OF YOUR LIFE BOOK CLUB

“Scarbrough’s memoir is a riveting read, a story of his quest for love and home told in galloping prose that takes us through decades, identities, new beginnings, and second chances. It’s a brave delving into his personal history peopled with characters as indelible as those in the literature he reveres until discovering that real life can’t be read or performed. Luminous with grace and compassion, reflection and wit, it’s about who we are once we stop falling for the stories others tell us and those we tell ourselves.” --Helen Klein Ross, bestselling author of WHAT WAS MINE and THE LATECOMERS

A poignant, funny, and timely memoir that marries the intimacy and the sexual identity themes of Boy Erased with My Life in Middlemarch’s interest in the way literature shapes and influences our lives, written in the authentic Southern voice, deeply incisive wit, and with quirky but erudite observations evocative of John Jeremiah Sullivan's Pulphead.

Mark Scarbrough has been searching for something his entire life. Whether it’s his birth mother, true love, his purpose, or his sexual identity, Mark has been on a constant quest to find out who he really is, with the great Western texts as his steadfast companions. As a boy with his head constantly in a book, desperate to discover new worlds, he can hardly distinguish between their plots and his own reality. The child of strict Texan Evangelicals, Mark is taught by the Bible to fervently believe in the rapture and second coming and is thus moved to spend his teen years as a youth preacher in cowboy boots. At college, he discovers William Blake, who teaches him to fall in love with poems, lyrics… and his roommate Alex. Raised to believe that to be gay was to be a sinner, Mark is driven to the brink of madness and attempts suicide. Hoping to avoid books once and for all, Mark joins the seminary, where he meets his wife, Miranda. Neither the seminary nor the marriage stick, and Mark once again finds himself turning to his books for the sense of belonging he continues to seek…

In the tradition of beloved titles like The End of Your Life Book Club, Reading Lolita in Tehran, and The Year of Reading Dangerously, Bookmarked tells a deeply personal story through the lens of literature. An examination of one man’s complicated, near-obsessive relationship with books, and how they shaped, molded, ruined and saved him, Bookmarked is about how we readers stash our secrets between jacket covers and how those secrets ultimately get told in the ways that the books themselves demand.
Read more
Previous page
Next page

I'm a memoirist (although I'm not sure I still know what that means), as well as the writing half of a NYTimes bestselling cookbook team (with Bruce Weinstein, my husband and the chef in our duo). Once upon a time, I was an academic, working in nineteenth century American literature, teaching in Austin Writing slowly overtook my life. I started providing content for a little start-up called AOL, started writing screenplays for actors, and chucked it all to move to New York. These days, Bruce and I find our peace on ten acres in rural New England with two collies. My memoir, BOOKMARKED: HOW THE GREAT WORKS OF WESTERN LITERATURE F*CKED UP MY LIFE was just published. And we've got Instant Pot books galore, including the forthcoming INSTANT POT BIBLE: COPYCAT RECIPES, due out this fall.

4.9 out of 5 stars
4.9 out of 5
10 global ratings
How are ratings calculated?
To calculate the overall star rating and percentage breakdown by star, we don’t use a simple average. Instead, our system considers things like how recent a review is and if the reviewer bought the item on Amazon. It also analyses reviews to verify trustworthiness.

Tony Thomson
5.0 out of 5 stars Quirky, Unmissable Memoir
Reviewed in the United States on 15 October 2021
Verified Purchase
Mark Scarbrough has created something extraordinary - a deep, rich, penetratingly honest memoir that includes coming out as gay but is about so much more - and is so interesting. There is pain in this book but there are also extremely funny scenes - much about human nature - much about cooking - and much more about the nature of love and it's relationship to the self.

Even the incurably heterosexual will find something revealing in Bookmarked about how to search for inner truth. And how even the greatest novels and poetry are imperfect guides to life. And how, if there are no happy endings in the real world, an honest seeker may still find a safe haven.
Read more
Report abuse

Michael L Lewis
5.0 out of 5 stars A most engaging and very brave internal adventure
Reviewed in the United States on 11 October 2021
Verified Purchase
Let me say I am not usually one for memoirs. However, Bookmarked is at once a journey through literature and a harrowing adventure through the internal life of a committed academic. We so often gravitate to works that test our external limits (think Into Thin Air), not so much the passes, ice fields and cliffs of our inner souls. Making this trip through the lens of the western cannon and late 20th century America with the author turned one man’s story of struggle, failures and redemption into an illuminating painting of Everyman’s walk in all times. Well worth the read.
Read more
One person found this helpful
Report abuse

Catherine Colvin
5.0 out of 5 stars No ho-hum memoir here and certainly not just for English majors
Reviewed in the United States on 11 October 2021
Verified Purchase
If you think of Mark Scarbrough as just a cookbook writer, then get ready for a ride. He has unearthed his many-faceted life right on the pages of his new book. I think all of us tell ourselves stories just to get by, but here, the author strips away those deep fictions plot by plot with devastating honesty, and yet he did it with such cleverness, and sly humor, that I simply could not stop reading. Do yourself a favor and borrow someone else’s life for a while. Mr. Scarbrough has written his truth deftly, knife-sharp when needed, saucy when applicable, but all in all, a fearless and beautiful story.
Read more
Report abuse

Amy Kull
5.0 out of 5 stars Brilliant writing...absolutely astonishingly well told
Reviewed in the United States on 10 February 2022
Verified Purchase
I loved this story, and Mark's rich, beautiful language, so much that I listened to it on Audible and bought several copies for my home library and to give to friends. He gets my vote for 'most likely to become a famous author read by literature students now and in the distant future.' Don't miss this book. Wish I could meet all the characters.
Read more
Report abuse

James Miller
5.0 out of 5 stars It's not only about escaping academia (but it is that too)
Reviewed in the United States on 5 May 2022
Verified Purchase
I loved many things about this book, but especially its brutal honesty about English departments, grad school, and the madness of the academic grind. There is darkness here, but also honest and humane wit. "Look for a way out," Scarbrough's memoir seems to say. Shape your own stories, on the other side.
Read more
Report abuse
See all reviews
Report an issue
Does this item contain inappropriate content?
Report
Do you believe that this item violates a copyright?
Report
Does this item contain quality or formatting issues?
Report