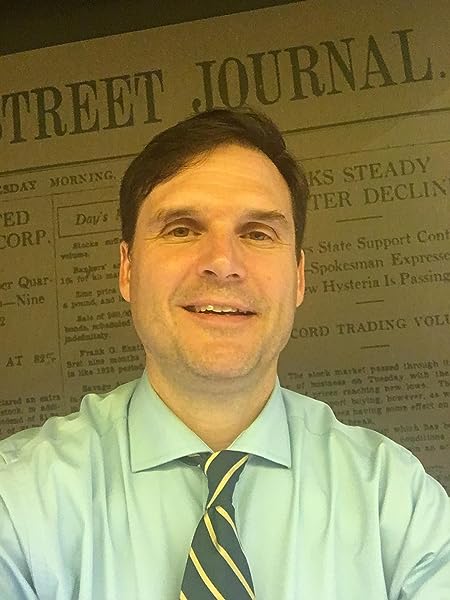 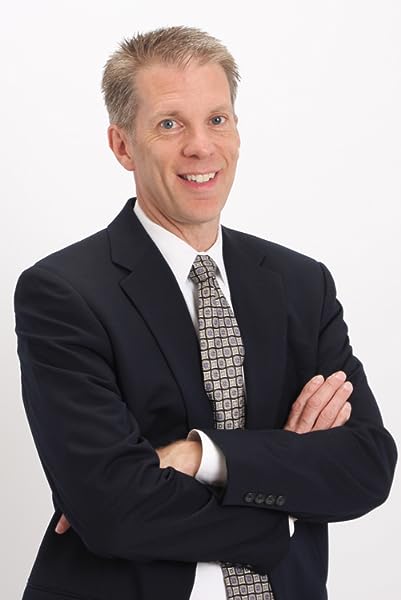 by James Freeman (Author), Vern McKinley (Author)
4.6 out of 5 stars 19 ratings
See all formats and editions
Sorry, there was a problem loading this page. Try again.

James Freeman is assistant editor of the Wall Street Journal's editorial page. He previously served as investor advocate at the US Securities and Exchange Commission.

Vern McKinley, a visiting scholar at the George Washington University Law School, is a consultant and attorney who specializes in diagnosing financial instability in banking systems.

Start reading Borrowed Time on your Kindle in under a minute.

4.6 out of 5 stars
4.6 out of 5
19 global ratings
How are ratings calculated?
To calculate the overall star rating and percentage breakdown by star, we don’t use a simple average. Instead, our system considers things like how recent a review is and if the reviewer bought the item on Amazon. It also analyses reviews to verify trustworthiness.

M. Bagarella
4.0 out of 5 stars Good read about Citigroup
Reviewed in the United Kingdom on 3 November 2019
Verified Purchase
I was interested in the history of Citigroup, as I wanted to understand how one of the oldest and biggest banks in the USA managed to get on the verge of going bust. The book is fairly well written, the first century and half of Citi's life is thoroughly illustrated, although it kind of lacks detail about the bank's story in the second half of the twentieth century - this may be due to the information not being available. The book is highly critical of the management in the thirty years leading to the bailout, when poor risk control and excessive leverage brought Citi in a very perilous position. If you want to learn about an example of how not to run a bank in a sustainable way, this is an enlightening read.
Read more
Report abuse

Preston Cooper
5.0 out of 5 stars Learn about the history of US banking, Citigroup, and the 2008 crisis all in one great read.
Reviewed in the United States on 19 September 2018
Verified Purchase
A clever and entertaining book about the history of the US banking system told through the founding and evolution of the original too-big-to-fail bank, Citigroup, and all of its previous incarnations. Extremely well-researched and well-written, this book puts the 2008 crisis and the role Citi played in historical context. It serves as a sobering reminder that cozy relationships between banks and their government are nothing new in the US and always end badly. When will we ever learn? Sheila Bair, FDIC Chair, 2006-2011
Read more
17 people found this helpful
Report abuse

Kevin Callahan
5.0 out of 5 stars Enlightening and entertaining book on the history of banking and the financial crisis
Reviewed in the United States on 8 December 2018
Verified Purchase
I found this book to be immensely informative and entertaining. This is much more than a book about the history of Citi and the causes of the 2008 financial crisis. It is really a history of banking and finance over the last 200 years. And if you think that sounds boring, a reading of Borrowed Time will put that notion to rest. Never would I think that "bank examinations" and balance sheets could be exciting but this book keeps you on the edge of your seat the whole read. The financial crisis has already faded into memory and while many books tried to uncover the causes of the crisis or simply its shear mayhem, Borrowed Time takes the long view and allows you to understand current events in a much broader, historical perspective. Well done.
Read more
7 people found this helpful
Report abuse

cas
5.0 out of 5 stars This book increased my understanding of banking in America.
Reviewed in the United States on 10 July 2019
Verified Purchase
This book is long, and contains a lot of information. The story definitely provides a lot of background on how the Fed came in to existence, and how banking has worked (and or failed to work) in the US. The most important finding: It was not really planned, it just grew like topsy! You could say that City Bank set the highest standard (at first), but then gradually became more and more lax. No one had reined that bank in to this very day. All the seeds for another 2007-09 fiasco are still there. "To big to fail" still prevails. The federal government does not tell the big banks what to do (or not do).
Read more
2 people found this helpful
Report abuse

richard healy
2.0 out of 5 stars Densely uninteresting
Reviewed in the United States on 12 October 2018
Verified Purchase
This is a boring, densely written book, with occasional tidbits exposing the writers’ political biases. One will only be satisfied with the book if one has an intense interest in Citibank. Otherwise there are many more, better written books on American banking history
Read more
4 people found this helpful
Report abuse
See all reviews
Back to top
Get to Know Us
Make Money with Us
Let Us Help You
And don't forget:
© 1996-2021, Amazon.com, Inc. or its affiliates