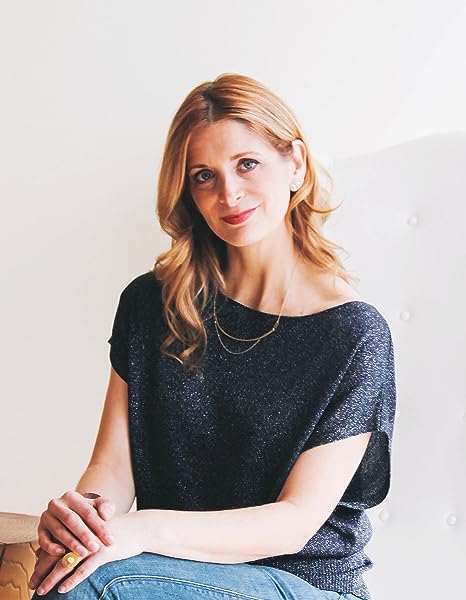 by Daniel Boulud (Author)
4.4 out of 5 stars 26 ratings
See all formats and editions
Sorry, there was a problem loading this page. Try again.


In Braise, superstar chef Daniel Boulud, with renowned food writer Melissa Clark, presents the definitive cookbook on the time-honored, sublimely flavorful cooking technique, bringing one-pot meals to a whole new level. Braising uses a "moist heat" method, where food and a small amount of liquid are placed in a closed container and cooked over a long period of time. A successful braise mingles the flavors of the food and the liquid, and results in rich, aromatic flavors.

With inspiring recipes for all kinds of braises—from meat to fish to vegetables—from destinations around the globe, including Thailand, Italy, Mexico, Turkey, Lebanon, France, Russia, and China, Boulud brings the world of braising home with welcome simplicity and intense flavor. Whether he's whipping up the familiar (Pot Roast) for a family dinner or preparing the exotic (Cardamom-Spiced Coconut Lamb) for entertaining, Boulud's expert guidance and easy-to-follow recipes written in Clark's clear and inviting style offer dishes full of variety and unparalleled flavor, sure to delight even the most discriminating palates.

Total Price:
To see our price, add these items to your cart.
Some of these items dispatch sooner than the others.
Show details Hide details
Choose items to buy together.

"I look forward to the comforting scents and tastes of slow cooked food ... ultimately tender and delicious." -- Thomas Keller

"Only Daniel, the expert of slow cooked food, could bring such energy to the art of braising." -- Jean-Georges Vongerichten

"The most exciting book on braising...incredible techniques... thank you for so brilliantly sharing your talent with us." -- Eric Ripert

"What a treat... sends you running for the kitchen. I can't wait to cook from this book!" -- Suzanne Goin

"Yum-braise with one of America's greatest chefs." -- Emeril Lagasse

"Daniel Boulud is an undisputed creative genius... Braise is the book he was destined to write... a classic!" -- Robert M. Parker, Jr.

"I love Daniel's food and it tastes so wonderful." -- Nobu Matsuhisa

Daniel Boulud was raised near Lyon, France. In 1993 he opened his much-heralded restaurant Daniel, which was awarded four stars by the New York Times and praised as one of the best in the world. He has since opened DB Bistro Moderne and Café Boulud in New York, a Café Boulud in Palm Beach, and Daniel Boulud Brasserie in Las Vegas. Boulud has received countless culinary honors, including Chef of the Year awards from Bon Appétit and the James Beard Foundation, which also named him the country's Outstanding Restaurateur in 2006. He lives in New York City.Melissa Clark writes about cuisine and other products of appetite. After brief forays working as a cook in a restaurant kitchen and as a caterer out of her fifth-floor walk-up, Clark decided upon a more sedentary path. She earned an MFA in writing from Columbia University, and began a freelance food-writing career. Clark is currently a food columnist for the New York Times, and has written for Bon Appétit, Food & Wine, Every Day with Rachael Ray, and Martha Stewart, among others. She has written more than thirty-two cookbooks, including In the Kitchen with a Good Appetite and Cook This Now. Clark was born and raised in Brooklyn, where she now lives with her husband, Daniel Gercke, and their daughter, Dahlia.
Tell the Publisher!
I’d like to read this book on Kindle

4.4 out of 5 stars
4.4 out of 5
26 global ratings
How are ratings calculated?
To calculate the overall star rating and percentage breakdown by star, we don’t use a simple average. Instead, our system considers things like how recent a review is and if the reviewer bought the item on Amazon. It also analyses reviews to verify trustworthiness.

I Do The Speed Limit
4.0 out of 5 stars Dummy me...
Reviewed in the United States on 24 April 2013
Verified Purchase
I thought this was a new book. It is newly released, yes. But it is a reprint from his book published in 2006. So make sure you don't already have it on your book shelf.

But if you somehow missed this book when it was first released in 2006 (like I did), and if you have the time and inclination to braise, this would be a great purchase. These recipes are not really difficult, but they are definitely not "same-ole', same-ole'. There are some quality "keeper" recipes in this book. These are a cross between (what I would call) gourmet recipes and recipes with unusual flavor combinations and out of the ordinary ingredients. They have a flair that I find appealing and interesting. The tweaks and finesse incorporated into these recipes make me want to try them myself.

On another note: The cover is real cheapo paper and it curls. Totally not good and not in keeping with the quality of the recipes. What were the editors thinking?!? Just a quick money-maker with little work and effort involved? Maybe try to get one of the older copies--there are no differences...
Read more
11 people found this helpful
Report abuse

HandyTom
5.0 out of 5 stars If you can only own two books about cooking, this should be one...
Reviewed in the United States on 22 October 2021
Verified Purchase
The 1975 edition of Joy of Cooking would be the other ... Get this. It will really move your efforts to the next level or help you refine them if they're already near that. Also "All About Meat" by the Lobel bros, if you can have three...
Read more
Report abuse

000
5.0 out of 5 stars Great dishes that inspire
Reviewed in the United States on 11 May 2012
Verified Purchase
As a "want to be" chef, this book was purchased many months after eating at Daniel (which I would also highly recommend). The best advice I can give would be to read the beginning of the book. It has many tips that I missed (but needed) when attempting the first recipe, which still turned out wonderful and would have been made easier by the first few pages. The recipes have some uncommon ingredients which makes the recipes even more fun. As one shops for some of these out of the way spices etc, you may find yourself discovering more than you expected. The recipes are also put together such that you can take the list, and slight modify things for whatever you might be cooking that evening. So, not only is the cookbook great, it inspires (or at least has for me) ideas on what you might be able to do on your own. I have only done 5-6 of the recipes and all received great reviews by the guests enjoying the cuisine. I highly recommend the book!
Read more
4 people found this helpful
Report abuse

We have now had this book several months and it my FAVORITE cookbook. Everything has come out wonderful. Try the Texas BBQ Braise. It is so good you won't believe it! Please Daniel write another Braise book. My family is drooling with this one!
Read more
2 people found this helpful
Report abuse

Wagon Willie
3.0 out of 5 stars Get the Stevens book instead
Reviewed in the United States on 1 October 2015
Verified Purchase
This was pretty good, but not as good as "All About Braising: The Art of Uncomplicated Cooking" by Molly Stevens. If you want to know about braising then you only need one cookbook: the one from Molly Stevens.
Read more
8 people found this helpful
Report abuse
See all reviews