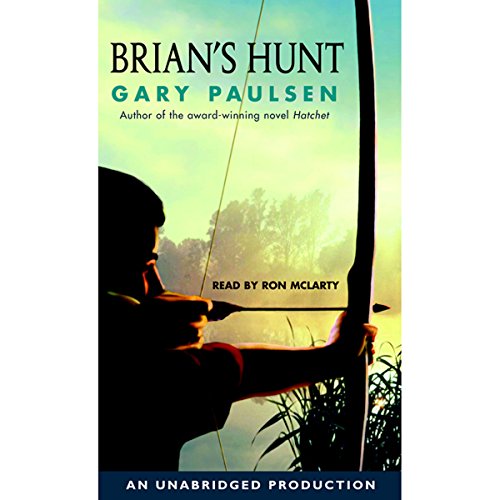 4.8 out of 5 stars
4.8 out of 5
1,003 global ratings
How are ratings calculated?
To calculate the overall star rating and percentage breakdown by star, we don’t use a simple average. Instead, our system considers things like how recent a review is and if the reviewer bought the item on Amazon. It also analyses reviews to verify trustworthiness.

Zulu Warrior
4.0 out of 5 stars Brian's Hunt
Reviewed in the United Kingdom on 20 March 2017
Verified Purchase
The third book in the sreies, Brian is now 16yrs and was back in the wilderness, this time though he had his bow, knife, food and plenty of equipment, Brian headed north, he brought books with him so he could continue his studies, he paddled his canoe, he shot a pike with his bow and ate it that night, he slept in his canoe anchored out in the river, a strange noise awoke him, he could hear a dog whining, it was 3am Brian paddled to shore, he saw the dog there was a terrible wound across his shoulder, Brian started a fire, the dog was very pleased to see him, he managed to sew up the wound before they both slept, in the morning Brian realised the wound was caused by a bear, he went hunting for meat for them both, Brian headed north the the Cree summer camp, these were the people that had rescued Brian in the last book

They carried on north, hunting, camping, fishing and crossing beaver dams, entering a lake Brian realised it was veru quiet, this was where the Cree shoud be, Brian headed for the cabin his bow ready, the dog growling, the cabin was completely destroyed inside, he found David Smallhorn torn apart under a blanket, it had to have been a bear, Davids wife, the small children a boy and a girl with their older sister were missing, he found three dogs tied to a kennel dead and the leash where his dog had escaped, in the brush he found Davids wife Anne, mutilated, he found no trace of the others, Brian knew now he would have to track a killer bear and find the children

Hermoine
2.0 out of 5 stars The quality of this product.
Reviewed in the United Kingdom on 21 August 2020
Verified Purchase
The actual book was great to read and a must for all children. I'm delighted with others written by this author too, however, the quality of the book really didn't hit the mark for me. I was looking at buying these books as presents for other children, but the quality of the cover and pages really were second rate. Not a book I'd want sitting on the shelf.
Read more
Report abuse

Annie Clarke
5.0 out of 5 stars Five Stars
Reviewed in the United Kingdom on 1 March 2015
Verified Purchase
Excellent book. Would recommend the whole series to anyone.
Read more
Report abuse

Rev Mr Larry R & Therese Driver
5.0 out of 5 stars Real Life
Reviewed in Canada on 7 April 2018
Verified Purchase
I think this book is an easy read for adventure lover, It is best if you read Hatchet and the sequels first. These put you in touch with Brian. It is for probably 12 and older.

Would like to see him meet Susan.
Read more
Report abuse

Greg Domville
4.0 out of 5 stars wrapped up too fast
Reviewed in Canada on 25 July 2020
Verified Purchase
Love this final story of this series. Super tense and exciting. My only feedback is it all wrapped up too fast. I know this is for the younger readers so shorter stories are better received but i few more chapters of the adventure was needed in my opinion. Great build up to the climax then it was over. Super good read and fun series adult and kids
Read more
Report abuse
See all reviews
Back to top
Get to Know Us
Make Money with Us
Let Us Help You
And don't forget:
© 1996-2021, Amazon.com, Inc. or its affiliates