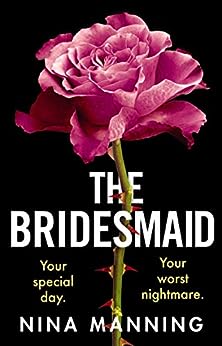 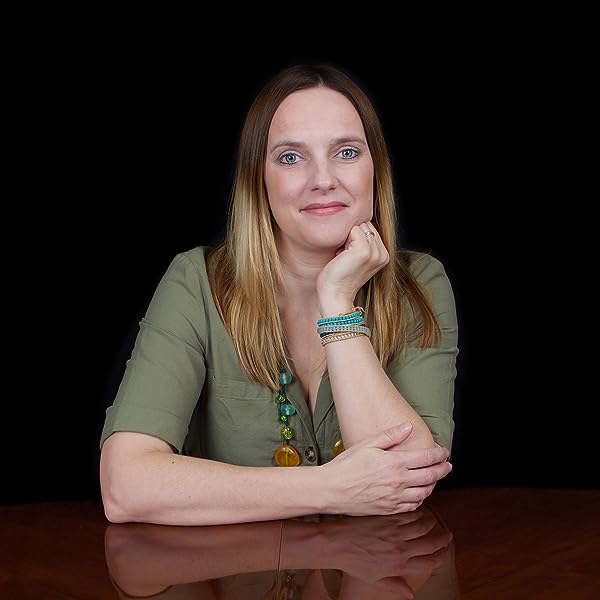 The Bridesmaid: The addictive new psychological thriller that everyone is talking about in 2021 Kindle Edition

Nina Manning studied psychology and was a restaurant-owner and private chef (including to members of the royal family). She is the founder and co-host of Sniffing The Pages, a book review podcast. Her debut psychological thriller, The Daughter in Law, was a bestseller in the UK, US, Australia and Canada. She lives in Dorset.

3.8 out of 5 stars
3.8 out of 5
552 global ratings
How are ratings calculated?
To calculate the overall star rating and percentage breakdown by star, we don’t use a simple average. Instead, our system considers things like how recent a review is and if the reviewer bought the item on Amazon. It also analyses reviews to verify trustworthiness.

janice
5.0 out of 5 stars The Brides Maid
Reviewed in Australia on 28 June 2021
Verified Purchase
This is such a great read I could not put it down I never guessed the ending right to the end if you want a good book to read you must read this book
I won’t spoil the end by saying any more.
Just enjoy this story

audrey
TOP 500 REVIEWER
2.0 out of 5 stars really?
Reviewed in Australia on 16 August 2021
Verified Purchase
What a waste of time that was
Read more
Helpful
Report abuse

This is one of those books that despite being fraught with suspense and drama it leaves you wondering how on earth to categorise it. It's marketed as a thriller and yet it isn't really. More of a dark contemporary suspense-filled drama that will have you reading well into the night. I have to say that I enjoyed this book far more than her last but it still doesn't beat her fantastic debut thriller "The Daughter in Law" which was phenomenally brilliant.

The story begins with an unnamed character slipping into bed and snuggling up to a child as she relives the memories of the past that still haunt her, a letter clutched in her hand. Then it slips back in time to 1991 then forwards to 2009 and then back again to 1988...where the story really begins. The timelines might appear confusing at first but they become clearer as the story progresses, after which the main timelines are 1988 and 2009 with the progression of time going forward. I will begin where the story does...

Dorset 1988: Eleven year old Sasha lives on the vast estate of Saxby House where her parents are employed by matriarch Josephine Clemonte as housekeeper and head gardener respectively. They live in a cottage provided to them under the terms of their employment and their children, Sasha and Hunter, enjoy the vast grounds in which to play. In the summer of that year, the lady of the manor's granddaughter comes to stay along with her parents and Sasha is excited at the prospect of meeting someone her own age. The moment she meets Caitlin Sasha is completely enamoured and a friendship is born.

However, Caitlin is not always as she appears and Sasha often hears her mumbling to herself and when she asks her to repeat it, Caitlin just stares at her blankly before continuing on her way. In awe of her beauty, Sasha revels in this new-found friendship despite Caitlin's odd behaviour and often cruel treatment of her new best friend. Regardless, Sasha is eager to be the bestest friend, hungry for her acceptance and approval and eager to please.

What follows is a foray into Sasha's sometimes lonely existence throughout the rest of the year when Caitlin is back at school in London. She longs for the summer when for three months, she and Caitlin are together once again. The following year Sasha meets Chuck, the son of a family friend, who attends the various parties the family hold whether it be New Years Eve or a birthday celebration. Sasha is drawn to Chuck who isn't as snobbish or as aloof as Caitlin though she realises that nothing could ever come of their friendship because people like them don't really mix or marry people like her. Still, she enjoys her time with Chuck...when she isn't with Caitlin, that is...because he accepts her for who she is while Caitlin is quick to point out the differences in their social status, as if some kind of power play to keep Sasha in her place.

And yet, Sasha is still eager to maintain their friendship and will do anything to please the girl who so obviously regards her more of a toy that can be picked up and put down whenever she chooses. As if Sasha is merely someone to entertain her during months of boredom.

Then one night Sasha discovers a secret about the Clemontes but is persuaded by Caitlin's mother Ava never to reveal it. As the reader, we are not privy to the secret until towards the end when the bombshell is revealed at Caitlin's wedding.

London 2009: It's been twenty years since Sasha and Caitlin became friends and yet the status quo remains the same. Despite everything she dishes out to her "best friend", Caitlin proudly proclaims that she never apologises. While as an adolescent I can understand her need for acceptance but as an adult I'm surprise Sasha continues to stand for it. But then Sasha has a plan...for what? Revenge? Or truth?

Caitlin's on-off relationship with Chuck over the years has somehow managed to earn a proposal which promptly preceded an impromptu trip to Greece for a "hen holiday". Her role as bridesmaid was to ensure everything from the trip to Greece to the choosing of the gown to the fittings to the party favours to the actual wedding itself went smoothly. Caitlin didn't appear to be at all interested in organising her own wedding and left it all in the hands of her competent best friend and bridesmaid, Sasha. In fact, the bride herself is completely indifferent about the whole event which puzzles Sasha. Surely Caitlin would be revelling in the glow of engagement and excited at the prospect of marrying Chuck...but it seems she's not particularly bothered. Until she sees the perfect wedding dress which bears a striking resemblance to her mother's own, stained red after convincing her mother to allow her to wear it for a play they put on one summer in which Caitlin had the starring role. But is it marrying Chuck that is at the forefront of her mind? Or is it the prospect of getting revenge on her emotionally-absent mother? Sasha isn't sure. But one thing remains clear...Sasha's own plans for Caitlin's big day.

While I went into this book expecting a thriller, I was surprised to discover that I enjoyed it even though it wasn't. Despite its slow start, the tension builds throughout where the pace picks up towards the halfway mark after which it explodes in a myriad of rainbow coloured shards to reveal the truth. However, everything is smoke and mirrors as the reader is left assuming something that isn't truth whilst revealing something completely different in the end.

A real page-turner I was surprised to enjoy THE BRIDESMAID more than I thought I would. But I wouldn't categorise it as a thriller. It's more of a dark contemporary suspense-filled drama with a twist. But in the end, even the twist kind of fell flat, not just to the reader but to the characters it was aimed at in the first place. I could relate to adolescent Sasha and her desire to please Caitlin in an attempt to maintain their friendship because I was Sasha at that age too. It's a difficult time where you are navigating the change from child to young adult and some of us are just eaten alive by the Caitlins of this world.

A story about friendship, co-dependency, family and secrets, THE BRIDESMAID is a compelling and somewhat addictive tale of two friends from two different worlds. Recommended to those who like dark contemporary tales.
Read more
Helpful
Report abuse
See all reviews

Pebbles
1.0 out of 5 stars Dreadful...this woman can't write
Reviewed in the United Kingdom on 23 June 2021
Verified Purchase
This is so awful. Poorly written, ridiculous premise. It lacks intelligence, atmosphere and is full of stupidly weak characters. You know those books where you have an image in your mind of people and places, where you can almost 'live' inside the book - such is the descriptive writing. When you cannot wait to pick the book up again and continue to read, when you feel the characters pain or joy and, when your jaw drops at the twist..........this book offers none of these things. Apparently she wrote it in lockdown. It shows. Zero life...flat as a pancake, a completely one dimensional 'book' (book is loose term, it is a series of badly constructed paragraphs). Really don't bother......
Read more
7 people found this helpful
Report abuse

Murrow Mulberry.
5.0 out of 5 stars Very Good Story.
Reviewed in the United Kingdom on 8 June 2021
Verified Purchase
I LOVED this book it is one of the best i have read in a while and a change from the ones i often read. It does take you on a journey of twists and turns, some of them quite unexpected as the story progresses and Ava is more involved when really you tend to think that it is all about Caitlin.
Very good characters i thought and was pleased that Sasha who seemed to be the victim most of the time ended up really being quite The Victor. Until Gabi made an appearence at the wedding i was under the impression that Sasha and Chuck were romantically involved, i was totaly wrong. Very well written and i will look for more by this Author.
Read more
One person found this helpful
Report abuse

patsey
3.0 out of 5 stars Not for me
Reviewed in the United Kingdom on 3 June 2021
Verified Purchase
I was still waiting to be gripped by this book and realised that i had reached the end
Read more
5 people found this helpful
Report abuse

Sian
5.0 out of 5 stars The secret was kept until the end! Who could have known?
Reviewed in the United Kingdom on 13 August 2021
Verified Purchase
I liked the story and was drawn into the characters!
The secret unguessable!
I would like to have known more about the other main characters though. However, the ending did give an insight into the ways people deal with the hand they have been dealt!
A good read
Read more
One person found this helpful
Report abuse
See all reviews
Back to top
Get to Know Us
Make Money with Us
Let Us Help You
And don't forget:
© 1996-2021, Amazon.com, Inc. or its affiliates