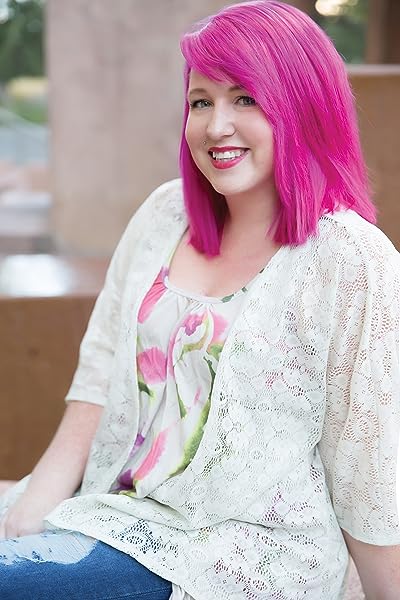 Page 1 of 1 Start overPage 1 of 1
Previous page
Next page
Start reading Burning Bond (The Holly Woods Files Mysteries Book Six) on your Kindle in under a minute.

4.7 out of 5 stars
4.7 out of 5
72 global ratings
How are ratings calculated?
To calculate the overall star rating and percentage breakdown by star, we don’t use a simple average. Instead, our system considers things like how recent a review is and if the reviewer bought the item on Amazon. It also analyses reviews to verify trustworthiness.

One click wonder
1.0 out of 5 stars Did not like
Reviewed in Australia on 12 October 2016
Verified Purchase
The series is really going down hill. Don't know what has changed with the writers style but I wasn't a fan.
Read more
Helpful
Report abuse

Tootsie Glitter-Balls
5.0 out of 5 stars Another amazing story Emma Hart. And yet another one to add to the re-read and recommend list.
Reviewed in Australia on 2 November 2016
#readingtigress - Review -

Firstly - the only reason I'm not giving this 5 stars is because I'm upset that it's the second last book in the series...!

I just can't speak highly enough of this entire series. I enjoyed Emma Hart's reading before this series, but I have just completely fallen in love with her writing and she now sits in my most favourite authors. One of those authors where you just buy their book without even needing to read the synopsis because you know it's going to be good, so what does it matter?!

Having said all of that.... I was anxious going into this book knowing that it wasn't from Noelle's POV, because I adore Noelle and love her wit. But I loved it just the same. Bek and Brody are written so well and you can imagine every scene you read playing out in front of you.

The entire Bond family are such a crazy clan, I often am wondering if this is Emma's family and that's how she writes them so well.....

Brody is a gorgeous, gentle character and at times I was teary - in the romantic sense - because he is just so beautiful and exactly the type of man you want in your life.

Bek is as crazy as Noelle and as smart witted as Noelle and quite often had me giggling with some of her one-liners. Makes complete sense that they are best friends!

I was stoked that the book still involves the rest of the Bond family and their extended family..... so much so that I just don't understand why Emma can't just write these books forever! Surely she can write a different book each time on a different member of the family and just keep going back.....

Whilst I am highly anticipating the release of book #7 in the Holly Woods Files, I am equally dreading it because I don't want to say goodbye to these characters.

Another amazing story Emma Hart. And yet another one to add to the re-read and recommend list.

Old Dave's Romance Revue
5.0 out of 5 stars The perfect blend of Bek and Bond
Reviewed in Australia on 8 October 2016
Left in charge, for two weeks while her best friend and boss, Noelle Bond is away on vacation, Bek could probably handle the day to day running of Bond PI. She could probably handle the muddle she's made of her love life, with her on-again-off-again love interest Jason (who's been away for months), she could probably even sort out her feelings about the not-so-secret crush she's had on Noelle's younger brother Brody.

In the midst of all that, being the one who, while out walking her dog, discovers the body of a woman in the park, naked, abused, beaten and 'mostly dead', and subsequently becoming not just a witness, but a suspected target in the resulting investigation makes things just that little bit more complicated.

This sixth book in The Holly Woods Files is the only one not written from Noelle's point of view, and Bek's story is a refreshing change of pace. Because of that, even though I'd recommend reading the series in order, if you were to read just one as a standalone, this one could fit the criteria.

Emma Hart paints her heroine as a strong and independent, though sometimes flighty character who encounters the perfect storm of circumstances in both her work and private life, and as a result is forced into working closely with both of the men who hold a piece of her heart.

Sparks fly, tempers ignite, Nonna cooks and Gio the parrot is as obnoxious as ever, but something's got to give.

A endearing romance, wrapped in a mystery, garnished with drama and gently sautéed in a generous amount of humor, Burning Bond is the perfect recipe for a rollicking good time.
Read more
Helpful
Report abuse

Book Lovers Down Under
TOP 500 REVIEWER
5.0 out of 5 stars Yes.
Reviewed in Australia on 6 October 2016
Swoon.
" He tastes like perfection.
He tastes like forever.
He tastes like the rest of my life. "
Loved Beks book.
Hope you all love this series as much as I do. Thanks.
Read more
Helpful
Report abuse
See all reviews

Donna
5.0 out of 5 stars confession over that felt good, now don't get me wrong I'm a massive ...
Reviewed in the United Kingdom on 10 October 2016
Verified Purchase
Ha ok, don't all shoot me down, I need to get this off my chest, before I go any further !!!

I HAVE NOT READ THE HOLLY WOOD FILES SERIES !!!

Phew, confession over that felt good, now don't get me wrong I'm a massive Emma fan, I adore her. I love the Burke brothers and the Dirty series and the Stripped series. But somehow just have never had the opportunity or time to read this one !

So anyhow ! I read Burning Bond as a standalone, as I had nothing else to compare this book too, no pre conceived ideas or any ideas of who these characters were it was fresh ! And I loved it, holy hell where have I been !!! As in why had I let this series pass me by.

I found myself quickly immersed, sucked in to this crazy unpredictable world. It was brilliant, hilarious, captivating and full of everything that you come to expect from Emma's writing style.

Bek's is a brilliant and sassy character, and boy does she have a tough choice to make, whether you are #teamJason or #teamBrodi this story had it all, the drama, the Angst, the emotion, everything you need in a book to make it a perfect story was right there for the taking !!!

Thanks Emma, I think my love affair with the Holly Woid Files will be starting momentarily !

Laura Rose
5.0 out of 5 stars Worth the wait
Reviewed in the United Kingdom on 7 October 2016
Verified Purchase
I am a Holly Wood Files junkie and just recently so. I have been waiting and waiting for this book. I know it doesn't centre on Noelle and Drake like the rest of the series but oh my, definitely worth the wait. I was on tender hooks waiting to see who she would pick, hoping she would pick my favourite. Emotional but oh so funny as ever. Thank god Nonna played her part, I want a Nonna!! Excellent plot line in amongst the love story. Still feel a bit bad for the guy she didn't pick but that is just how wonderful Emma writes her characters. Can't wait for next book, which is also the last which makes me sad.
Read more
Report abuse

n young
5.0 out of 5 stars Team jason or team brody?
Reviewed in the United Kingdom on 9 October 2016
Verified Purchase
Emma Hart does it again!
This is book 6 of the series and just like the last 5 books I was hooked by the first pages.. desperate to find out what was happening in the lives of everyone including noelle... drake.. the famous wooden spoon holding nonna but especially to find out who the gorgeous bek would choose would it be team Jason or team brody that is the question!
Stuck In a love triangle rebekah had a decision to make and we had to hope it was the right one!
Honestly couldn't put this down until the end and read it in one sitting! Never want this series to end.
Read more
Report abuse

Sloane Murphy
5.0 out of 5 stars Hart does it again!
Reviewed in the United Kingdom on 19 October 2016
Verified Purchase
I can't get over how Emma Hart just keeps doing it. #Droelle has officiailly stolen my heart, but bugger me if Bek's story wasn't just as good! I'm not going to say too much, because I don't want to spoil it, but Hart has a special place in my heart, alongside these Hollywoods folk.

I would recommend this series to everyone and anyone... hell I have! If you take a chance on nothing else this year, read this series!
Read more
Report abuse

Viv
5.0 out of 5 stars Beyond Excellent Series
Reviewed in the United Kingdom on 14 October 2016
Verified Purchase
This is one of those series of books that just keeps getting better Love Nonnative loved that Bek got her HEA.
Emma Hart is a genius combination of comedian and suspense writer and manages to interweave an addictive story.

Loved it can't wait for the next book roll on November
Read more
Report abuse
See all reviews
Back to top
Get to Know Us
Make Money with Us
Let Us Help You
And don't forget:
© 1996-2021, Amazon.com, Inc. or its affiliates