Burning Glass and over 1.5 million other books are available for Amazon Kindle . Learn more
Share <Embed> 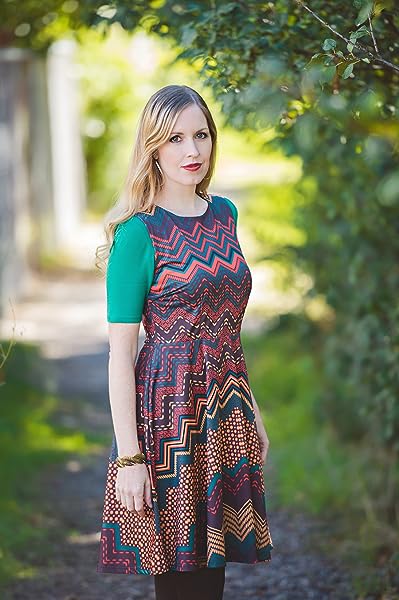 Page 1 of 1 Start overPage 1 of 1
This shopping feature will continue to load items when the Enter key is pressed. In order to navigate out of this carousel please use your heading shortcut key to navigate to the next or previous heading.
Back
Next
Start reading Burning Glass on your Kindle in under a minute.

Releases January 7, 2021. Pre-order The Fast 800 Easy now with Pre-order Price Guarantee.
If the Amazon.com.au price decreases between your order time and the end of the day of the release date, you'll receive the lowest price. Order now

Kathryn Purdie lives near Salt Lake City, Utah, with her husband and three children. Kathryn is a trained classical actress who studied at the Oxford School of Drama and was inspired to write this debut trilogy while recovering from donating a kidney to her older brother.

4.1 out of 5 stars
4.1 out of 5
85 global ratings
How are ratings calculated?
To calculate the overall star rating and percentage breakdown by star, we don’t use a simple average. Instead, our system considers things like how recent a review is and if the reviewer bought the item on Amazon. It also analyses reviews to verify trustworthiness.

Roselia_l
4.0 out of 5 stars Read it and weep!
Reviewed in Australia on 6 October 2017
Verified Purchase
I really enjoyed this book. Although at times it felt rushed, the concept and underlying theme was gripping and totally awe inspiring. I was tearing my hair out in exasperation at some of Sonya's choices and Anton's reluctance to admit his feelings. And Pia, sweet gentle and loving Pia. How my heart aches! Very interesting characters and plot line.
Read more
Helpful
Comment Report abuse

Amazon Customer
3.0 out of 5 stars Angsty Love Traingle
Reviewed in Australia on 28 February 2018
You can find more of my reviews at https://www.goodreads.com/user/show/47739567-greyson-grey-edwards
and https://greysonreads.wordpress.com/
If you're in the mood for an angsty love triangle then you're probably in for a treat.
If you're looking for a plot driven story that feels like it never lets up and demands you to not put it down, you'll probably be disappointed.

Did this book live up to my expectations? No, not really.
I had been expecting a gripping YA novel with a strong plot about empaths, people who are in tune with the emotions and motives of those around them, with back stabbing, complex characters.
Did I get that? Well, essentially yes, I suppose I did in the end. But I was a little disappointed.

The story focused on Sonya caught between two brothers. The Emperor Valko and his brother Prince Anton. Most of the book was Sonya working out if her feelings for the brothers were her own, or if it was just her ability to feel what they felt towards her, as if those feelings were her own.
Too many feels for you? This book probably isn't for you then.

The story did cover Sonya learning to control her abilities but it was glossed over until everything started crashing down in the last quarter of the book.
I wish the author had made Burning Glass more plot driven. I was waiting, for literally hundreds of pages, for it all to get more serious than just Sonya being torn between two brothers. I've read that story too many times for it to really grip me all that much anymore.

I must give credit where credit is due though.
Emperor Valko as a complex character, though grating. I was made to hate him and feel empathy for him all in the same breath and I have always enjoyed reading those kinds of characters.

There's a bit of court politics, which I enjoyed, but not enough for me.
There were plot twists that I didn't see coming, whether it was because I have been reading this book first thing in the mornings or because they genuinely were surprising, I'm not sure. Though they all come far later than I would have liked.

I will read the next book once it's available, hoping that it continues with the strength that Burning Glass ended with. I won't be holding my breath though.

Joanne
4.0 out of 5 stars Enjoyable read filled with dark romance
Reviewed in the United Kingdom on 12 August 2016
Verified Purchase
Really enjoyed this book and loved how long it was for a first in the series.

A girl who can feel the emotions of others around her, Sonya, is sent to work for the emperor as his 'protector', having to sense any threats after the last the woman in this position failed to do so and was killed. The book explores her relationships towards the emperor and prince as she struggles to battle the many emotions of the people surrounding - something she has always had trouble with and disastrous consequences as a result.

I thought the two brothers, emperor Valko and his younger brother Prince Anton, were such interesting characters to see through the view of Sonya, and it wasn't a predictable love story - there's more to Anton than what meets the eye and Valko gave a dark romance tilt to the story.

The description and evolving relationships between certain characters kept me reading and I found it difficult to put down at times, especially at particular points when something happens that I really was not expecting!

Would definitely recommend if you're in the fantasy/romance mood with a slightly sinister edge - I'll certainly be picking up the next one!
Read more
Report abuse

Becky Crook
2.0 out of 5 stars Not for me
Reviewed in the United Kingdom on 12 June 2018
Verified Purchase
This book was your stereotypical girl trapped in-between loving two princes. The main character wasn’t someone I identified with and I wasn’t a massive fan of her.

Normally with a trilogy I find myself desperate to get my hands on the next book, however, I feel I don’t want or need to read the next book.
Read more
Report abuse

Aria-May
3.0 out of 5 stars Should have been good, didn't quite make it.
Reviewed in the United Kingdom on 29 March 2016
Verified Purchase
It's not bad, but could have been so much more. The main character has a gift that causes her to do extreme things at the beginning of the book, and it looked like the story was going to centre around reality and insanity. This was a good thing - I was interested and motivated to read on. However, when transplanted into the city and the palace the whole thing reverted to a story centred around romance and political intrigue. The madness and emotional drive of the story relegated to the back seat, making occasional and vague contributions to the story. I finished it, but in the same way one continues to chew gum when out loses it's flavour.
Given that this was £8:00+ I am disappointed that I took the risk.
Read more
4 people found this helpful
Report abuse
See all reviews
Get FREE delivery with Amazon Prime
Prime members enjoy FREE Delivery and exclusive access to movies, TV shows, music, Kindle e-books, Twitch Prime, and more.
> Get Started
Back to top
Get to Know Us
Make Money with Us
Let Us Help You
And don't forget:
© 1996-2020, Amazon.com, Inc. or its affiliates