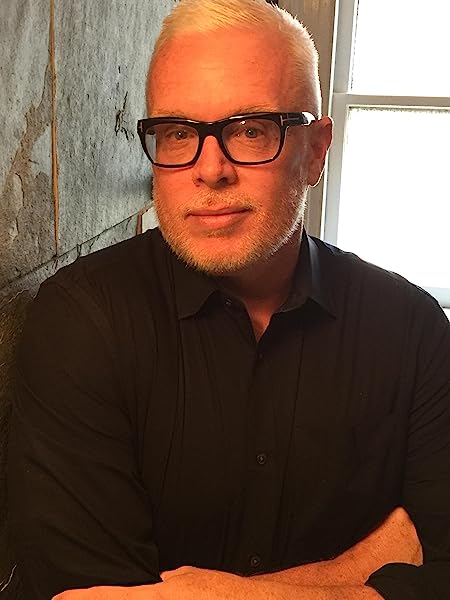 Page 1 of 1 Start overPage 1 of 1
Previous page
Next page
Start reading A Captain's Duty on your Kindle in under a minute.

4.6 out of 5 stars
4.6 out of 5
817 global ratings
How are ratings calculated?
To calculate the overall star rating and percentage breakdown by star, we don’t use a simple average. Instead, our system considers things like how recent a review is and if the reviewer bought the item on Amazon. It also analyses reviews to verify trustworthiness.

Peter Aldhamland
5.0 out of 5 stars Excellent sea-going story
Reviewed in Australia on 4 June 2014
Verified Purchase
As an ex-seaman I can relate to the shipboard life and the trauma that the crew of this ship must have felt. It was refreshing to read a story written by a seaman who was wholly conversant with the correct nautical terms - I can also relate to the reasons that this man first decided to go to sea - I experienced similar - Well written and enjoyable
Read more
Helpful
Report abuse

Ben S
5.0 out of 5 stars Inspiring Book
Reviewed in Australia on 28 January 2014
Verified Purchase
I enjoyed reading this book after I watched the movie and seeing the real story. Would have been scary out there and Captain Phillips did everything a regular human being would have done to survive the Somali pirates. Story is easy to follow and has some great lines.
Read more
Helpful
Report abuse

LadyArden
4.0 out of 5 stars Exciting true life drama
Reviewed in the United Kingdom on 14 February 2019
Verified Purchase
Enjoyable book with the real and true life version rather than the dramatised film version. Quite a lot of “padding” to skip through though which was tedious. Also, unless I missed something while I was skipping through the personal life bits, I’d like to have known where “The Leader” went and why, in the book, he left the boat. In the film, it shows him on the naval ship at the end and if I remember correctly, states that he was imprisoned. How come there’s no follow up like that in the book? Captain Phillips becomes confused when he’s in the lifeboat with the pirates, because The Leader tells him he’s a spy for the navy. Then he disappears. Where did he go? Also, in the film, at the end, it states that the £30,000 ransom money was never recovered. I hope the US navy got it because they deserve to have it. All in all, there were a few questions raised for me as a result of statements made in the film that were omitted in the book. Usually it’s the other way round and films leave out information that was in the book. I’m assuming it’s information that needs to be kept secret for whatever reasons which is understandable. Also, I’d like to know if any changes were made to shipping routes in that area following this incident. Surely things didn’t just carry on as normal after this. I think these were the kind of things that could’ve been discussed in the book.
Read more
2 people found this helpful
Report abuse

harpoon guns to 'safe', please
4.0 out of 5 stars Good book by a good man in who found himself in an impossible position
Reviewed in the United Kingdom on 5 June 2016
Verified Purchase
This is told in the by now very familiar autobiography formula. Starting with a scene very close to the climax, we then jump back to Phillips’ early days, in the “I wonder how it came to this…” mode, how he became a sailor, his philosophies and so on. Then the development of the key story follows, interspersed with ever-reducing parts covering his earlier life. And sometimes I’d like a different formula, though if I knew what that was, I’d be the assisting writer.

However, this is a more than satisfactory book. Phillips is worth listening to, a very decent man, a good manager of people, and it all stops comfortably short of the overdose of apple pie that can so easily be thrown in.

Having seen the film first, I’m able to be not disappointed at how the story had some additions to make it more dramatic. The ending in particular was tweaked a little for the movie, but remains very exciting.

Overall, a fine book by and about a fine man who ends up in an incredible situation. Enough to make you wonder how you’re cope yourself.

fernacks
5.0 out of 5 stars Ten star Reading
Reviewed in the United Kingdom on 11 March 2014
Verified Purchase
Captain Phillips is a true hero because, as with true heroes,,he doesn't think he is. This is an adventure that needs to be read if only to appreciate what sailors, military or civilian, can encounter at any given time - it is NOT an easy life! On British T.V., there have been programmes showing some sympathy towards the pirates (incredibly) due to their poor circumstances - all caused by the West of course. Read this and you will see what unfeeling, cruel, selfish people they really are. The stoicism and selflessness of Captain Phillips is a lesson to everyone and he deserves all the plaudits he so deservedly gets.How he survived the physical and mental cruelty is a real credit to him. Brilliant!
Read more
6 people found this helpful
Report abuse

Steven Kimberley
5.0 out of 5 stars An excellent read.
Reviewed in the United Kingdom on 11 October 2013
Verified Purchase
I downloaded this book by accident, having searched for a sci-fi trilogy by an author of the same name. I deeply enjoyed this book, especially as the film has just been released! My only regret is that I read it in three days, I wish it had been longer. Phillips' account of his ordeal is harrowing and gives a very personal insight into his kidnapping. He writes candidly about the roles of the U.S. government, the Navy and the SEAL team that eventually rescued him. If you are thinking about seeing the movie, give the book a read too, and get the 'un-Hollywood' version.
Read more
23 people found this helpful
Report abuse

J.
5.0 out of 5 stars Excellent Story of the Pirate Attack
Reviewed in the United Kingdom on 25 January 2014
Verified Purchase
I had quite high expectations for this purchase from Amazon, however this was one of the cases where these expectations were surpassed. This book is unusual in several respects:
- first the writing is fittingly "rough", suiting well to the subject. I found the language interesting.
- the story is most unusual with first pirates taking over ships with guns, then crew working the situation with their bare hands to almost the opposite...
- the author describes extremely well the difficult situation of both pirates and Richard Phillips once the three huge warships start arriving around the covered lifeboat, with ever deteriorating conditions in the campaign between the two opposite sides, to the very end.
- this book is only as long, 286 pages, as it truly takes to describe the happenings, a special bonus to the publisher of A Captain's Duty.

It is easy to recommend this book!
Read more
One person found this helpful
Report abuse
See all reviews
Back to top
Get to Know Us
Make Money with Us
Let Us Help You
And don't forget:
© 1996-2021, Amazon.com, Inc. or its affiliates