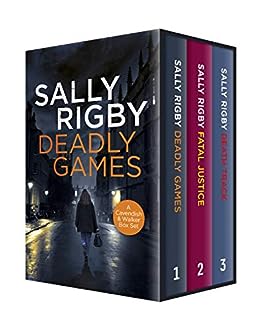 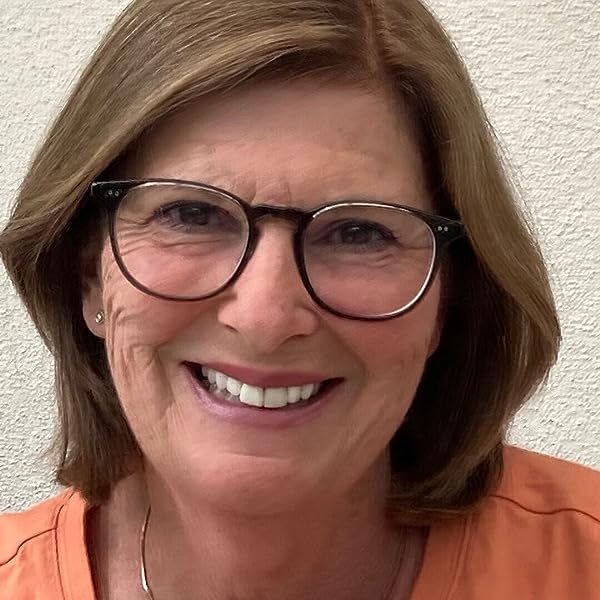 by Sally Rigby (Author) Format: Kindle Edition
See all formats and editions
Sorry, there was a problem loading this page. Try again.

‘Sally Rigby astounds me! How can a person consistently write such twisty, page turning, edge of your seat books?’ Goodreads 5 Star

‘The suspense is so thick you could feel it crackling around while reading.’ Goodreads 5 star

A killer is playing cat and mouse……. and winning.

DCI Whitney Walker’s in trouble. She’s threatened with demotion if she screws up another case. So, when a killer starts murdering female students, it’s a chance to redeem herself.

Forensic psychologist, Dr Georgina Cavendish, has spent her life inside the university walls, but when one of her students is murdered, she steps out from behind the text books and puts her skills to the test.

The two headstrong women join forces to stop the killer. But sparks fly when real world policing meets academic theory, and it’s not a pretty sight.

A vigilante’s on the loose, dishing out their kind of justice…

A string of mutilated bodies sees Detective Chief Inspector Whitney Walker back in action. But when she discovers the victims have all been grooming young girls, she fears a vigilante is on the loose. And while she understands the motive, no one is above the law.

Once again, she turns to forensic psychologist, Dr Georgina Cavendish, to unravel the cryptic clues. But will they be able to save the next victim from a gruesome death?

Catch the train if you dare…

After a teenage boy is found dead on a Lenchester train, Detective Chief Inspector Whitney Walker believes they’re being targeted by the notorious Carriage Killer, who chooses a local rail network, commits four murders, and moves on.

Against her wishes, Walker’s boss brings in officers from another force to help the investigation and prevent more deaths, but she’s forced to defend her team against this outside interference.

Forensic psychologist, Dr Georgina Cavendish, is by her side in an attempt to bring to an end this killing spree. But how can they get into the mind of a killer who has already killed twelve times in two years without leaving behind a single clue?

Sally Rigby was born in Northampton, UK. After leaving university she worked in magazines and radio, before finally embarking on a career lecturing in both further and higher education. Sally has always had the travel bug and after living in Manchester and London moved overseas. From 2001 she has lived with her family in New Zealand (apart from five years in Australia), which she considers to be the most beautiful place in the world.

Sally is the author of the acclaimed Cavendish and Walker series, and the more recent Detective Sebastian Clifford series. In collaboration with another author, she also writes psychological thrillers for Boldwood Books under the pen-name Amanda Rigby,

Sally has always loved crime fiction books, films and TV programmes. She has a particular fascination with the psychology of serial killers.

Check out her website for a FREE prequel story..... www.sallyrigby.com

4.4 out of 5 stars
4.4 out of 5
364 global ratings
How are ratings calculated?
To calculate the overall star rating and percentage breakdown by star, we don’t use a simple average. Instead, our system considers things like how recent a review is and if the reviewer bought the item on Amazon. It also analyses reviews to verify trustworthiness.

Lisa
5.0 out of 5 stars Easy to read
Reviewed in Australia on 30 November 2021
Verified Purchase
Dragged me in & kept me reading. Engrossing. A lead with faults but also clever & appealing. I will be buying the series
Read more
Helpful
Report abuse

Fred
5.0 out of 5 stars enjoyable read
Reviewed in Australia on 27 May 2021
Verified Purchase
Fast paced, at times funny, easy to read. Wants you to read more and keep following Whitney and George. Enjoyable
Read more
One person found this helpful
Helpful
Report abuse

Rosebud
5.0 out of 5 stars Strong female characters with great plot
Reviewed in Australia on 18 April 2020
I’m loving these books. Two strong female lead characters who are opposites in every way possible but they manage to complement each other perfectly. Well written stories with great plots and surprising twists.
Read more
2 people found this helpful
Helpful
Report abuse

sue wells
TOP 500 REVIEWER
5.0 out of 5 stars Brilliant books
Reviewed in Australia on 18 April 2020
I loved these books as I have all of the books in the series! I think that a strong female lead, a well written book makes for a damn great story.
Read more
2 people found this helpful
Helpful
Report abuse

Ann the Crime Thrillers fan
5.0 out of 5 stars Great read, different and interesting crime thrillers
Reviewed in Australia on 4 June 2020
Hard to put down, really enjoyed these first 3 books in the series. Tension, good conversations, interesting background stories for the very real characters. For anyone who likes crime stories especially set in the UK; and enjoy strong female characters.
Read more
One person found this helpful
Helpful
Report abuse

Kevin Franklin
5.0 out of 5 stars Good fast paced reading
Reviewed in Australia on 1 December 2021
Well researched, gripping story lines. Totally believable with a good mix of characters and their personal foibles and how they mix in together adds humour to the plots
Read more
Helpful
Report abuse
See all reviews

Lee Wykes
5.0 out of 5 stars Very good series of Police Procedurals
Reviewed in the United Kingdom on 25 June 2020
Verified Purchase
This is not my usual reading. Fantasy and Thrillers are more my taste. This threesome was free, so with lockdown dragging on I took a chance and started them. I am very glad I did. The two main characters are well defind and bounce off each and drive the narratives well. The other characters are mainly clear and three dimensional, apart from Jamieson, DI Walkers boss who is a stuffed shirt and comes across as a cardboard cut out, this is not a criticism of the author just how to me he comes across. The three books are different and I only guessed the criminal in the first one. The private lives of Dr Cavendish and DI Walker are covered but not to detriment of the storylines. I would have liked to have the Pathologist - Claire involved a little more. I enjoyed all three books and have purchased the next three and would recommend them unreservedly.
Read more
2 people found this helpful
Report abuse

Jeff Davies
2.0 out of 5 stars Oh No ....Not again!
Reviewed in the United Kingdom on 24 May 2020
Verified Purchase
The first book started out o.k., but half way through we lapsed into the same old same old, working class female detective, good at her job, but mis-understood and under rated by her male colleagues, and with an inevitable addiction this one is to coffee...Zzzzzzzz. Even the names of the characters are daft....Whitney ? Tiffany ? Seriously ? Sadly neither of the murderers would have been caught had it not been for a letter admitting to their heinous crimes........Oh please.......Someone, somewhere write something seriously readable......
Read more
2 people found this helpful
Report abuse

Bluebell
5.0 out of 5 stars Brilliant Female Detective Series
Reviewed in the United Kingdom on 16 April 2020
Verified Purchase
This series will keep you entertained for hours. Strong female lead, great character relationships and interesting twisty plots. Better still is that there are more books in the series.
Highly recommended for fans of police procedural mysteries.
Read more
One person found this helpful
Report abuse

Cathy
5.0 out of 5 stars The Cavendish & Walker series 1 to 3
Reviewed in the United Kingdom on 13 May 2020
Verified Purchase
The first time I've read this author and it was great. Brilliant storyline, characters and the team works. Books 1 to 3 was well worth reading and I'm ready for the next lot
Read more
One person found this helpful
Report abuse
See all reviews
Back to top
Get to Know Us
Make Money with Us
Let Us Help You
And don't forget:
© 1996-2022, Amazon.com, Inc. or its affiliates