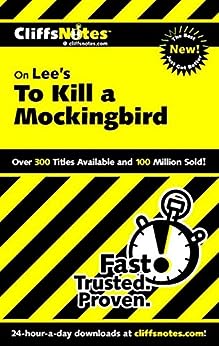 Tamara Castleman, a graduate of Indiana University, Bloomington, Indiana, is a writer, editor, and literacy advocate. --This text refers to an alternate kindle_edition edition.

4.7 out of 5 stars
4.7 out of 5
845 global ratings
How are ratings calculated?
To calculate the overall star rating and percentage breakdown by star, we don’t use a simple average. Instead, our system considers things like how recent a review is and if the reviewer bought the item on Amazon. It also analyses reviews to verify trustworthiness.

karen sinclair
4.0 out of 5 stars Useful for revision
Reviewed in the United Kingdom on 26 February 2021
Verified Purchase
Really handy as I create a teaching unit for my class
Read more
Report abuse

shopper
5.0 out of 5 stars Great study aid
Reviewed in the United Kingdom on 13 September 2015
Verified Purchase
As a home study summary, these notes are excellent to read a either alongside each chapter or on it's own after you have finished the novel. They definitly help the student think about each event and character with regard to their relevance within the story's development. Such a great accompaniment to the novel highly recommend
Read more
Report abuse

tina yorston
4.0 out of 5 stars Four Stars
Reviewed in the United Kingdom on 4 February 2018
Verified Purchase
Notes are helpful for teaching and add yet another way of looking at the text.
Read more
Report abuse