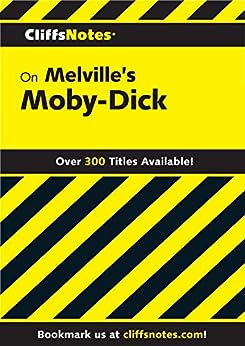 More New and Revised Titles. The Best Just Got Better! Plus Glossary from Webster′s New World Dictionary Anthem Atlas Shrugged Beowulf Brave New World The Canterbury Tales The Catcher in the Rye The Contender The Crucible The Fountainhead Frankenstein The Grapes of Wrath Great Expectations The Great Gatsby Hamlet Heart of Darkness & The Secret Sharer Huckleberry Finn The Iliad Incidents in the Life of a Slave Girl Inherit the Wind Jane Eyre Julius Caesar The Killer Angels King Lear The Lord of the Flies Macbeth 1984 The Odyssey Oedipus Trilogy The Once and Future King Othello The Outsiders Pride and Prejudice The Red Badge of Courage Romeo and Juliet The Scarlet Letter A Separate Peace A Tale of Two Cities To Kill a Mockingbird See inside for the complete line–up of available CliffsNotes! Check Out the All–New CliffsNotes Guides To AOL ®, iMac , eBay , Windows ® 98, Investing, Creating Web Pages, and more! More Than Notes! CliffsComplete CliffsTestPrep CliffsQuickReview CliffsAP Over 300 CliffsNotes Available @ cliffsnotes.com Downloadable 24 hours a day Free daily e–mail newsletters Free tips, tricks, and trivia Free online CliffsNotes catalog Free self–assessment tools Freeware and shareware downloads --This text refers to an out of print or unavailable edition of this title.

Stanley Baldwin is a writer and teacher living in Nebraska. --This text refers to an out of print or unavailable edition of this title.

4.7 out of 5 stars
4.7 out of 5
26 global ratings
How are ratings calculated?
To calculate the overall star rating and percentage breakdown by star, we don’t use a simple average. Instead, our system considers things like how recent a review is and if the reviewer bought the item on Amazon. It also analyses reviews to verify trustworthiness.

Luís Piteira
5.0 out of 5 stars Know what you're buying first...
Reviewed in the United Kingdom on 7 September 2010
Verified Purchase
Have you read the original book? No? Don't buy it, it won't ace that test for you. Sorry, you should have read it when your teacher assigned it. It might help you out if you read the original book diagonally while you wait for this one to arrive tough but I wouldn't bet on it.

Have you read the original book a long time ago, remember the story for the most part but need a refresher on some bits? Buy it.

This book won't make you an expert on Moby-Dick but it will help you understand it better. Easy to read, simple explanations, great glossary section, decent character descriptions and a good summary of the chapters.

My one complaint is the size of the font. A touch bigger would help a lot. I understand they want the books to have few pages to make them look thin but thin also means without content and a small type can through people off. My two cents.
Read more
One person found this helpful
Report abuse

Mary A. Phillips
3.0 out of 5 stars Worth having for your family library.
Reviewed in the United States on 11 February 2013
Verified Purchase
My version bears the same ISBN-10 code and all the blurb appears to be identical to the 2000 printing. Mine is copyright 2001, it was purchased at Borders for $9.99. First off, I wanted a companion to share Moby Dick with as I read it. Not having that, I reached out to Cliff's Notes. I am glad that I purchased it, and would do so again. However, it was disappointing in the level of scholarship. I won't do a detailed rebuttal of the whole product here, but will focus on the glossary sections and the text analysis.

The glossary sections are the weakest part of this book. They include words that are typically understood before one goes to college. Granted, vocabulary acquisition in the US is extremely variable. It can be variable among siblings in the same home. The glossary level seems to span elementary school level to perhaps high school.

The text analysis is about at a junior high or high school level for the most part. That said, this level would still be challenging for many students at local area community colleges. Again, there is such a variation in learning in this country.

For those reasons, I think this version of Cliff's Notes on Melville's Moby Dick, while a good addition to the home library, it is not a great addition. It can help younger or less experienced readers understand Moby Dick to a far better degree than most people in the United States. Considering the place that Moby Dick holds in American literature, anything that helps more people understand it, the better.
Read more
7 people found this helpful
Report abuse

JP
5.0 out of 5 stars A great supplement to classic literature!
Reviewed in the United States on 28 March 2020
Verified Purchase
If used properly this will really enhance your understanding of the book!
Read more
2 people found this helpful
Report abuse

russ livaudais
5.0 out of 5 stars Just what I wanted to help cut through the language and style of writing.
Reviewed in the United States on 7 February 2021
Verified Purchase
I recommend this version of Cliff Notes for Moby Dick. Melville's immense vocabulary and the style of language was a tough read.
Read more
One person found this helpful
Report abuse
See all reviews
Back to top
Get to Know Us
Make Money with Us
Let Us Help You
And don't forget:
© 1996-2021, Amazon.com, Inc. or its affiliates