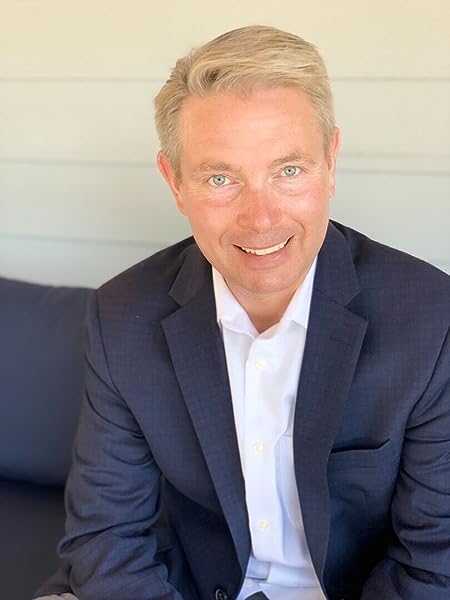 This program is read by the author with a forward read by Joe Navarro.

The former director of the FBI's behavioral analysis division shows listeners how to use trust to achieve anything in business and in life. Robin Dreeke is a 28-year veteran of federal service, including the United States Naval Academy, United States Marine Corps. He served most recently as a senior agent in the FBI, with 20 years of experience. He was, until recently, the head of the Counterintelligence Behavioral Analysis Program, where his primary mission was to thwart the efforts of foreign spies, and to recruit American spies. His core approach in this mission was to inspire reasonable, well-founded trust among people who could provide valuable information. The Code of Trust is based on the system Dreeke devised, tested, and implemented during years of field work at the highest levels of national security. Applying his system first to himself, he rose up through federal law enforcement, and then taught his system to law enforcement and military officials throughout the country, and later to private sector clients. The Code of Trust has since elevated executives to leadership, and changed the culture of entire companies, making them happier and more productive, as morale soared. Inspiring trust is not a trick, nor is it an arcane art. It's an important, character-building endeavor that requires only a sincere desire to be helpful and sensitive, and the ambition to be more successful at work and at home. The Code of Trust is based on 5 simple principles: 1) Suspend Your Ego
2) Be Nonjudgmental
3) Honor Reason
4) Validate Others
5) Be Generous To be successful with this system, a listener needs only the willingness to spend eight to ten hours learning a method of trust-building that took Robin Dreeke almost a lifetime to create.
Read more
Previous page
Next page

The new series from Matilda’s captain Sam Kerr
Discover the new books by Soccer superstar Sam Kerr. Perfect for sports lovers and readers aged 7 and up, the Kicking Goals series is out now. Buy now.

As someone who has spent my career in the public and private intelligence fields, I feel this work provides great insights into the social psychological aspects of interpersonal dynamics from someone who has spent a lot of time in analyzing the criminal mind. A great insight for anyone with an interest in social psychology and how it impacts interpersonal relationships. --Phil Houston, CEO QVerity, 26 year veteran of CIA and co-author of the New York Times bestsellers Spy The Lie and Get The Truth

To paraphrase Charles Dickens, it is the best of times, the worst of times, the age of wisdom, the age of foolishness, the spring of hope, the winter of despair. The Code of Trust is an antidote to the cynicism and fear of today. Robin Dreeke, my friend and colleague from the FBI, will take you on a delightful journey -- his journey--to more effective leadership at a time when we ache for such genuine skills in others. --Reid Meloy Ph.D., forensic psychologist, author, and consultant to The FBI The foundation of leadership is trust. Robin shares his successful and, sometimes, unsuccessful experiences as a United States Marine Corps officer and as a FBI behavioral analyst that allowed him to crack the code to build trusting relationships. This book is a must read for leaders and those who aspire to lead. --Jack Schafer, author of The Like Switch "Trust is one of life's biggest obstacles, which is why Robin Dreeke's book is so important. The Code of Trust gets to the heart of the issue by addressing the core of how we build and inspire trust. His real world examples in stressful situations offer an engaging backdrop to learn about human nature. --Shane Parrish, publisher of the renowned Farnam Street blog

ROBIN DREEKE entered federal law enforcement in 1997, after graduating from the US Naval Academy and serving in the US Marine Corps. He received advanced training and operational experience in social psychology and in the practical application of the science of relationship development. Eventually he rose to direct the behavioral analysis program in a federal law enforcement agency. Dreeke is currently an agent of the FBI and lives in Fredericksburg, Virginia. He is the author of It's Not All About Me.

CAMERON STAUTH is author or coauthor of more than twenty books. He has been editor of The Journal of Health Science; editor-in-chief of The Journal of the Nutritional Academy; a columnist for Natural Health, American Film, L.A. Business, and California Business; and his articles have appeared in The New York Times Magazine, Esquire, People, The Saturday Evening Post, Prevention, Good Housekeeping, among others. He is the author of In the Name of God. He lives in Portland, Oregon and Sun Valley, Idaho.

Joe Navarro is the author of the bestselling What Every BODY Is Saying. Since retiring from the FBI, he consults and lectures on counterintelligence, profiling, and interrogation and is often called upon as an expert on television.

Start reading The Code of Trust on your Kindle in under a minute.

4.6 out of 5 stars
4.6 out of 5
147 global ratings
How are ratings calculated?
To calculate the overall star rating and percentage breakdown by star, we don’t use a simple average. Instead, our system considers things like how recent a review is and if the reviewer bought the item on Amazon. It also analyses reviews to verify trustworthiness.

Ian Boys
2.0 out of 5 stars Good content, very shoddy presentation
Reviewed in the United Kingdom on 8 February 2018
Verified Purchase
The content of the book is good and echoes the work of pioneers in the field like Hanns Scharff. However the writing style is unbelievably annoying and patronising. The book could have been 1/3rd of the length, which means that 2/3rds is pointless padding and rubbish metaphors.
Read more
3 people found this helpful
Report abuse

Arthur
5.0 out of 5 stars Simple and powerful!
Reviewed in Brazil on 28 March 2018
Verified Purchase
I heard about this book in a podcast about the subject in the Art of Manliness website. The author on the occasion was very impressive and assertive, which made me come after this book. I came with a high expectation of the quality of this work and it could claim 5 stars from me. The book is unique in a way, it tells the truth about trust and gives examples of the behavior the author recommends to reach the power of leadership and influence. Like the Extreme Ownership book, this one is very valuable for people with a strong mindset and strength of character to accept to come last when the time is the reap benefits and first when it comes to taking action and responsibilities, no matter the odds of success.
Read more
Report abuse
Translate review to English

Amazon Customer
4.0 out of 5 stars A Good Book
Reviewed in Canada on 2 June 2019
Verified Purchase
Well laid out, easy to read, practical ideas, methods, and solution. May take much practice and be difficult to implement. Probably good to keep as a reference guide as to how to best communicate with different personality types. Far better than "Presuasion by Robert Cialdini...that book was terrible.
Read more
Report abuse

Rectangle 717
4.0 out of 5 stars I read this book
Reviewed in Germany on 15 December 2017
Verified Purchase
And if found if for my self very informativ and educational, I can recommend this book it is quiet interessant.
Read more
Report abuse
Translate review to English

Cong4
5.0 out of 5 stars Five Stars
Reviewed in Canada on 19 October 2017
Verified Purchase
Captivating story telling with nuggets of gold sprinkled through. Very enjoyable reading.
Read more
Report abuse
See all reviews
Back to top
Get to Know Us
Make Money with Us
Let Us Help You
And don't forget:
© 1996-2021, Amazon.com, Inc. or its affiliates