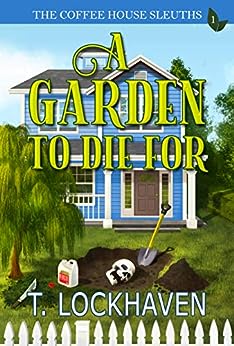 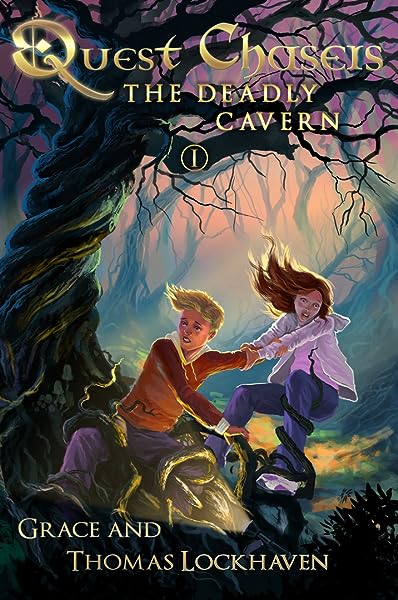 "This was such a funny cozy! Michael, Ellie and Olivia have the greatest sense of humor and the offbeat jokes and one liners are too much! The bad guys were just everywhere and one was going after the other, it was crazy! Lots of fun and I recommend reading this one."

Michael West’s new life in Lana Cove seems perfect, except for one little detail: He’s the prime suspect in a murder investigation.

He just purchased an amazing home facing the ocean in a small North Carolina town, and has finally won over the hearts of the locals. He befriended a beautiful woman named Ellie and her best friend Olivia, owners of the Bitter Sweet Café. And he is finally living his dream, writing his first mystery novel. His past life, his loveless marriage, his backbreaking corporate job, is now a distant memory. What could possibly go wrong?

A body is found in Michael’s backyard, and suddenly he’s the main suspect. His life is turned upside down. He left Boston to get away from the madness. Just as things begin to work themselves out, there’s another murder with all the clues leading back to Michael. His life is in chaos, the locals are turning against him, he’s a murder suspect, and now, he may lose the house of his dreams.

Can Michael along with his new friends, Ellie and Olivia, solve the murders and clear Michael’s name? Follow along as these amateur sleuths work through the clues to find the killer.

Based in a cozy beach town off the coast of North Carolina, A Garden to Die For is a fast-paced mystery filled with laughter, unfaltering friendship, murderous mayhem and an affable main character whose flaws and self-deprecation make him instantly likable. If you enjoy characters like Richard Castle, then you will enjoy the wit and charm of Michael West.

First book in "The Coffee House Sleuths" series, buy A Garden to Die For today and follow the clues of this lighthearted cozy mystery!

Praise for "The Coffee House Sleuths"

"Hard to put down. Wanted to know what was going to happen next."

"It kept me smiling the whole way through! Clever and addictive."

"This has a great storyline that hooked me immediately and lots of twists to keep me guessing."

"This was a good quick murder mystery with really enjoyable characters that make you laugh, groan (especially Michael lol) and keep you on your toes with who you think the killer is."

A good whodunit! There are some good laughs, twists and surprises in this great read. - Fleur

A nice, fast paced cozy, with Michael being quite an unusual character, bringing some laughter into the story. - Claudia

What a crazy showdown and outcome to the mystery. - Tari

This was such a funny cozy! Michael, Ellie and Olivia have the greatest sense of humor and the offbeat jokes and one liners are too much! The bad guys were just everywhere and one was going after the other, it was crazy! Lots of fun and I recommend reading this one. - Jodi

Quirky characters, wholesome fun, good humor, and surprising twists and turns make this an entertaining kickoff to a new mystery series! An easy read, with likable characters who go on some outrageous adventures. Highly recommend! - Amy

3.7 out of 5 stars
3.7 out of 5
31 global ratings
How are ratings calculated?
To calculate the overall star rating and percentage breakdown by star, we don’t use a simple average. Instead, our system considers things like how recent a review is and if the reviewer bought the item on Amazon. It also analyses reviews to verify trustworthiness.

Christine Davies
1.0 out of 5 stars Disappointed
Reviewed in the United Kingdom on 24 June 2020
Verified Purchase
Not for me, I was bored.
Read more
One person found this helpful
Report abuse

Gara
1.0 out of 5 stars So lightweight it can be knocked over by a feather
Reviewed in Germany on 14 June 2021
Verified Purchase
The plot is as straightforward and predictable as a 12 inch ruler. The humour is tepid and the characters are so vaguely described, you can tell the author either has no clue or, worse still, is looking to spin out superficial descriptions and the development of a romantic relationship between the main protagonists over six instalments or episodes. The more the pity, because they are described so badly that frankly I don't care what they end up doing with each other. One of the most dissatisfying reads of the decade.
Read more
One person found this helpful
Report abuse

Client d'Amazon
1.0 out of 5 stars N'achetez pas ce livre...
Reviewed in France on 13 May 2021
Verified Purchase
Bon état général, mais livre très mal écrit et ininteressant
Read more
Report abuse
Translate review to English
See all reviews
Back to top
Get to Know Us
Make Money with Us
Let Us Help You
And don't forget:
© 1996-2022, Amazon.com, Inc. or its affiliates