Compromised: How Money and Politics Drive FBI Corruption and over 1.5 million other books are available for Amazon Kindle . Learn more
Share <Embed> 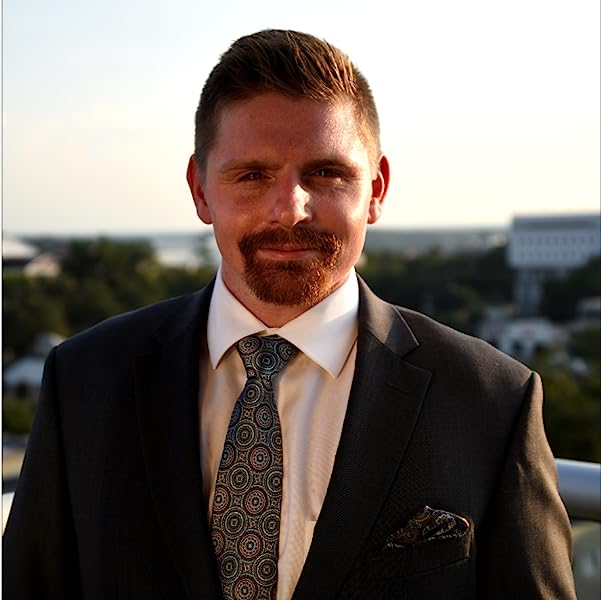 Page 1 of 1 Start overPage 1 of 1
Previous page
Next page
Start reading Compromised: How Money and Politics Drive FBI Corruption on your Kindle in under a minute.

4.7 out of 5 stars
4.7 out of 5
66 global ratings
How are ratings calculated?
To calculate the overall star rating and percentage breakdown by star, we don’t use a simple average. Instead, our system considers things like how recent a review is and if the reviewer bought the item on Amazon. It also analyses reviews to verify trustworthiness.

Steven R. Brown
5.0 out of 5 stars Good look at how investigators and intel folks cash in.
Reviewed in the United States on 21 August 2018
Verified Purchase
Nothing wrong with making some bucks after retiring but why should a director make 7 figures when a person in the trenches loses the same level of clearance when they separate? Frankly, I think everyone should lose their clearance upon separation regardless of position or reason for that separation. If they are truly needed for subsequent employment, they can be re-instated after said person and firm apply for it.
Read more
60 people found this helpful
Report abuse

Amazon Customer
5.0 out of 5 stars Eye Opener
Reviewed in the United States on 17 August 2018
Verified Purchase
This was a great read! What an eye opener.
Read more
30 people found this helpful
Report abuse

Alexrigas7783
5.0 out of 5 stars A MUST READ!!!!! AWESOME
Reviewed in the United States on 25 August 2018
Verified Purchase
This book gives a new and open minded perspective of politics and money driving corruption. It's a must read and very interesting! Do yourself a favor and buy a copy.
Read more
25 people found this helpful
Report abuse

Save US from Obama
5.0 out of 5 stars Comey and Mueller - The Clinton Guardians
Reviewed in the United States on 8 January 2019
Verified Purchase
Ever wonder why Hillary and Slick Willie are NEVER held accountable for the crimes, their immorality, and the harm they have done to America - all while pulling down millions from YOU and ME??? Hillary has learned how to enrich herself by selling out America, lying, and surrounding herself with key people who protect her. While there is a circle of people, the Clinton cartel, who all enrich themselves by protecting Hillary, James Comey and Robert Mueller stand out the most. Yes, the very people who should prosecute her actually protect her - at the same time they LIE, and file False accusations against Donald Trump. Why do they hate Trump so much?? Because Trump promised to drain the swamp, and when y9ou drain the swamp the swamp creatures are exposed - meet Comey, Mueller, and most of the Clinton cartel, including even Barack Obama. Comey, Mueller, and other at the TOP of the DOJ and FBI pull this off through a revolving door of Government positions to the Private sector and back, where the one in the public sector protects the dishonesty of the one in the private sector. THIS BOOK IS A NUST READ IF YOU WANT TO UNDERSTAND HOW THE DEEP STATE HAS CORRUPTED AMERICAN JUSTICE WHILE PROTECTING CROOKED WASHINGOTN BUREAUCRATS LIKE HILLARY. THE DETAIL IS SUBSTANTIAL, AND WILL MAKE YOUR BLOOD BOIL IF YOU BELIEVE IN THE CONSTITUTION. I HAVE READ MANY EXCELLENT BOOKS ABOTU THE STATE OF OUR GOVERNMENT, AND THIS ONE STANDS OUT AT THE TOP - I URGE YOU TO READ IT, AND YOU WILL UNDERSTAND WHY THE FAKE NEWS MEDIA PERSECUTES TRUMP, THE PRESIDENT WHO FINALLY HAS THE COURAGE TO STAND OF TO POLITICAL CORRECTNESS, AND SHOULD BE HONORED - NOT HASSLED WITH FALSE ACCUSATIONS. THIS BOOK WILL GIVE YOU THE KNOWLEDGE TO UNDERSTAND WHY THESE PEOPLE LIKE COMEY AND ROSENSTEIN AND GO AFTER TRUMP. EVEN IF YOU ALREADY KNOW A LOT, THE DETAIL IN THIS BOOK WILL STILL ASTOUND YOU, ENLIGHTEN YOU, AND INFORM YOU OF THE DANGER AMERICA IS IN - NOT FROM CHINA OR NORTH KOREA, OR EVEN RUSSIA, BUT FROM THE CORRUPTION IN ITS OWN GOVERNMENT OFFICALS.
Read more
5 people found this helpful
Report abuse

Mark Sutter
4.0 out of 5 stars Revealing information
Reviewed in the United States on 31 August 2018
Verified Purchase
The author does a really good job of laying out the information about the corruption in the FBI. If you are really a news junkie and searching out information from sources other than the mainstream media, a lot of this info will be familiar. The only problem I had was the redundancy of some of the issues. One example -- I think the author discussed 4 or 5 times the fact that Comey went to work for Lockheed and how much they paid him.
Read more
7 people found this helpful
Report abuse
See all reviews
Back to top
Get to Know Us
Make Money with Us
Let Us Help You
And don't forget:
© 1996-2021, Amazon.com, Inc. or its affiliates