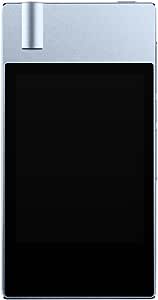 3.9 out of 5 stars
3.9 out of 5
26 global ratings
How are ratings calculated?
To calculate the overall star rating and percentage breakdown by star, we don’t use a simple average. Instead, our system considers things like how recent a review is and if the reviewer bought the item on Amazon. It also analyses reviews to verify trustworthiness.

G.V.
5.0 out of 5 stars How can something as thin as cardboard make such a great sound?
Reviewed in the United Kingdom on 4 August 2019
Verified Purchase
Plenue J

I have owned around 9 different DAPs now, from a Sony NW-45 through to Astell&Kern ak70 (Mkii) and Cowon Plenue 1. So I’ve not just had ‘cheap’ DAPs to be able to compare it to.

First if all, the most important quality of a DAP has to be its sound - its audio quality. This must be above all else. Other lesser, but still important, qualities should be ease of use, portability and battery life.

Super audio is what you get from this player, despite its very slim form-factor. Heaven knows how they managed to squeeze into there what they needed to squeeze in order to produce that sound. I was extremely impressed with the quality and richness of the audio that this little thing produces. Particularly with the on-board ‘Jet Effects’ enabled in order to enhance and enrich the default sound in a number of ways. Yet again, Cowon has delivered on being able to have EQ and other audio effects that work effectively and do not degrade the audio quality (provided you don’t use extreme settings - which I would never recommend you do on any audio device). Cowon are the true masters of this in my opinion.

The ‘J’ is both extremely slim and light, making it the most portable DAP that I’ve ever owned or tested.

I have the Plenue V, too, and think the ‘J’ is nigh-on as good as the ‘V’, but a little lighter and less bulky still. The ‘V’ still gets 5 stars, though, and I strongly recommend that DAP, too, in its own right - its audio stats are even better.

The ‘J’s UI (touchscreen and operating system), which is the same on the ‘J’, is a little dated and looks it. But is sufficiently smooth and lag-free (contrast that with the Astell & Kern Jr, which has lots more lag inherent within its UI). It’s very easy to use, although you need to be on the ‘music playing’ screen to be able to access the Jet Effects and some of the other settings.

Battery life is more than adequate - it’s very good, actually. I never quite achieve the advertised battery life - using only higher-res tracks, higher than medium volume and with EQ and other effects running - but I’m not miles off.

Like the Plenue V, the Plenue J doesn’t have the bells and whistles of some of the other DAPs (Bluetooth, WiFi for streaming etc), but I that does not stop me from really liking this little, and extremely portable, DAP - for its audio quality.

I don’t want to stream music (over WiFi or 4G). I want all of my (carefully chosen) songs instantly accessible offline, whenever and wherever I am.

I don’t want to run off Bluetooth either as the point in having such a DAP is to get higher-res audio quality, which is only ever at its best (with current technology) via a wired connection - even with aptX Bluetooth. AptX is held out to be ‘near lossless’ audio quality. Fair enough - but I don’t want that. I want full lossless quality thanks very much. No Bluetooth? No bother.

The Plenue J’s audio stats are good for its price-point.

A lovely little player with plenty of oomph under its bonnet.

Subsequent Edit:- I’ve more recently seen AptX Bluetooth technology now being held out to deliver ‘CD quality’ audio, which would technically be ‘lossless’. But if a good chunk of your music is at a higher resolution (greater 44.1 KHz sampling rate or 24bit depth rather than just 16) then a wired connection would still be necessary to fully appreciate those higher-res pieces - to make the most of a dedicated DAP rather than just using your mobile phone.

TSEN ING-TA
5.0 out of 5 stars 質感不錯
Reviewed in Japan on 10 December 2018
Verified Purchase
質感不錯
Read more
Report abuse
See all reviews
Get FREE delivery with Amazon Prime
Prime members enjoy FREE Delivery and exclusive access to movies, TV shows, music, Kindle e-books, Twitch Prime, and more.
> Get Started
Back to top
Get to Know Us
Make Money with Us
Let Us Help You
And don't forget:
© 1996-2020, Amazon.com, Inc. or its affiliates