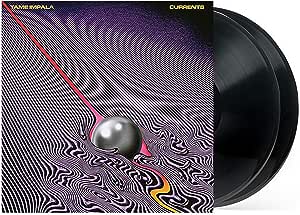 Global sensation Tame Impala have announced their highly anticipated third studio album. The 13 track album, Currents was written, recorded, produced and mixed by Kevin Parker in Fremantle, West Australia. Lyrically the record finds Parker in a very different place in 2015 to where he was seven years ago. Transitions in life, relationships, perspectives, mindsets Currents maps Parker's evolution through these and finds him a brand new person. Musically, Currents sounds like the work of a player on top of his game and having a blast, Parker indulging his whims and unafraid to dive down the rabbit hole after an idea. Again operating as a one man studio band, Parker's resultant record calls to mind contemporary hip hop production, Thriller, fried 70s funk, the irreverent playground Daft Punk presented on Discovery, swathes of future pop and emotional 80s balladry, all filtered through a thoroughly modern psychedelic third eye. A genrebending soundscape fuelled equally by curiosity as it is consciousness it's an exhilarating new territory for Tame Impala.

4.8 out of 5 stars
4.8 out of 5
3,300 global ratings
How are ratings calculated?
To calculate the overall star rating and percentage breakdown by star, we don’t use a simple average. Instead, our system considers things like how recent a review is and if the reviewer bought the item on Amazon. It also analyses reviews to verify trustworthiness.

Jules & Kelly
3.0 out of 5 stars 2nd go at getting this album without warping...
Reviewed in Australia on 3 November 2020
Verified Purchase
First purchase was well warped and sent back. Top service as a new copy was provided within days. 5 starts.

Sadly, this second copy is also warped but slightly less and as it plays fine will keep it.

Suggest buy a copy at your local to ensure you get a 100% copy. But hey, good customer service.
Read more
Helpful
Report abuse

Trent Jurgens
2.0 out of 5 stars Records came warped
Reviewed in Australia on 2 September 2020
Verified Purchase
Received this product a month ago, warped. I tried to unwarp them by placing them between heavy books but that didn't work so stuck with warped records
Read more
Helpful
Report abuse

Caleb P
2.0 out of 5 stars Good Album, Bad Condition
Reviewed in Australia on 2 June 2020
Verified Purchase
Album had damage right out of the box
Read more

2.0 out of 5 stars Good Album, Bad Condition
By Caleb P on 2 June 2020
Album had damage right out of the box
Images in this review

Mr. Alan Sharpe
5.0 out of 5 stars I'm A Big Fan!
Reviewed in the United Kingdom on 9 October 2016
Verified Purchase
I don't buy many CDs nowadays as I often only like a few tracks and the rest seem like filler. However I bought this because I love it all. One of the most exciting groups nowadays especially live. People of all ages like them (my generation remembers psychedelia the first time round)! With his John Lennon style voice, no wonder Kevin Parker appeals to a wide age group. There are some gems on this album: The Moment, Yes I'm Changing, Eventually, New Person, Same Old Mistakes (Rihanna covered this one). I first caught onto this group after hearing Let It Happen and hadn't felt so excited about a song for a very long time. Great video too.

I've since listened to the other two Tame Impala albums and like those too but I think this is the best and probably the most commercial (but in a good way). Give it a listen, I doubt you'll be disappointed. I was suitably impressed with their 2016 Glastonbury appearance - exciting performance, confetti, lights and a rainbow thrown in for good measure!

Mr M.
5.0 out of 5 stars Now to check out their back catalogue......
Reviewed in the United Kingdom on 26 December 2016
Verified Purchase
A real grower. This is my first indulgence of TI and i have to say that they are unadulterated brilliance. Originally saw them on Jules Holland and i ended up looking on youtube for more of their awesome musical narcotic.
I bought the album, loved the same tracks that i heard on Jules Holland and wasn't too bothered by the rest. Now i love all the other songs as well which i think shows the quality throughout and is a sign of a great album (lost count how many times i have bought an album to only ever enjoy 2 or 3 tracks and be disappointed with the rest)
I am definitely a big fan now and so far not getting bored despite multiple plays over the last 2 months.
Read more
4 people found this helpful
Report abuse

Sparks
2.0 out of 5 stars Paint drying!!
Reviewed in the United Kingdom on 5 November 2019
Verified Purchase
I saw them play Glasto and was looking forward to this album.
To be honest I thought it started well then it just gets really boring and stays the same.
Read more
One person found this helpful
Report abuse

Jack
5.0 out of 5 stars It really is as good as the artwork
Reviewed in the United Kingdom on 1 June 2018
Verified Purchase
Whilst this is the most mainstream and palatable that Tame gets, Kev still has a cutting edge to his sounds shared by few others. A unique experience that cannot be recommended enough.
Read more
2 people found this helpful
Report abuse

The Spyridon
5.0 out of 5 stars Ace
Reviewed in the United Kingdom on 10 September 2016
Verified Purchase
This is really terrific tripped out psychedic rock. If you like Empire of The Sun you'll probably like this too.
Read more
2 people found this helpful
Report abuse
See all reviews
Back to top
Get to Know Us
Make Money with Us
Let Us Help You
And don't forget:
© 1996-2021, Amazon.com, Inc. or its affiliates