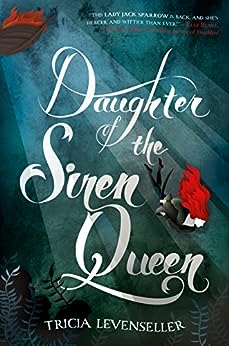 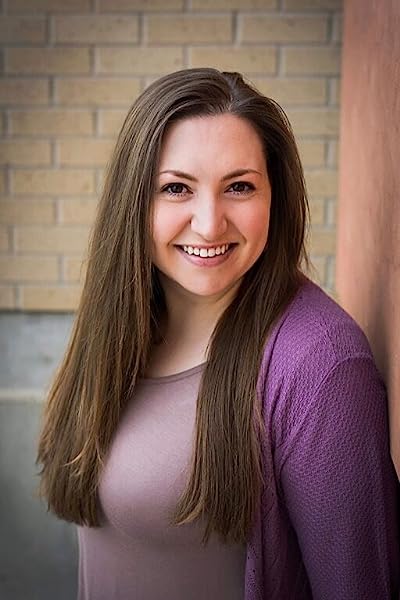 A seventeen-year-old pirate captain must race her father, the Pirate King, to a legendary hidden treasure in this thrilling, action-packed sequel to Daughter of the Pirate King. --This text refers to an out of print or unavailable edition of this title.

"Marisa Calin's delivery of this audiobook is superbly executed." -AudioFile

Daughter of the Pirate King:
"Readers should rejoice, because we now have a lady Jack Sparrow on our hands! Daughter of the Pirate King kidnapped my interest from the first chapter and never let it go! It's a superior debut with a deeply entangled romance, a fearsome heroine not to be trifled with, a clever hero that you seriously want to trifle with, and a plot twist that makes a rollercoaster seem stable. With a cunning plot, robust writing, and complicated characters, any reader will enjoy being manipulated in Levenseller's capable hands. Definitely for fans of Pirates of the Caribbean, fierce heroines, slow-burning romances, and adventures that can turn sour in the space of a gasp. Not for fans of complacent heroines, soothing plots, or those who don't speak sarcasm." -- Anna Banks, author of the New York Times Bestseller Of Triton

" Levenseller has created a formidable female character who can take care of herself as she makes some hard decisions. Hand to skilled readers seeking true adventure with swashbuckling, sword fighting, and a great problem-solving heroine." --School Library Journal

"Levenseller makes an impressive debut with this funny, fast-paced, and romance-dashed nautical fantasy, set in an alternate world of pirates, sirens, and myriad islands....This one's not to be missed." -- Publishers Weekly, starred review

"Tricia Levenseller's vivacious debut novel, the first in a duology, boasts stormy seas, sexy pirates, swordplay and a heroine who conquers all three with aplomb.... A rip-roaring high seas escapade with a tinge of fantasy, Daughter of the Pirate King will engage and enthrall its teen audience." -- Shelf Awareness

Tricia Levenseller, author of Daughter of the Pirate King, is from a small town in Oregon, but she now lives next to the Rocky Mountains in Utah with her bossy dog, Rosy. She received her degree in English Language and Editing, and she is thrilled that she never has to read a textbook again. When she's not writing or reading, Tricia enjoys putting together jigsaw puzzles, playing volleyball, and watching her favorite TV shows while eating extra-buttered popcorn.

Marisa Calin is an actress, narrator, and novelist born in England and educated in New York at the American Academy of the Dramatic Arts. An artist with a flair for everything literary, she has written a young adult novel, You & Me, which received a Kirkus Starred Review, and has narrated the audio books Ruby Red and Sapphire Blue by Kerstin Gier. --This text refers to the audioCD edition.

4.6 out of 5 stars
4.6 out of 5
1,453 global ratings
How are ratings calculated?
To calculate the overall star rating and percentage breakdown by star, we don’t use a simple average. Instead, our system considers things like how recent a review is and if the reviewer bought the item on Amazon. It also analyses reviews to verify trustworthiness.

Amazon Customer
5.0 out of 5 stars Great gift idea!
Reviewed in Australia on 6 December 2020
Verified Purchase
This book was a gift, my daughter was very excited to receive it.
Read more
Helpful
Report abuse
See all reviews

Hari
1.0 out of 5 stars this book wasn't as good as the first. A BIG LET DOWN
Reviewed in the United Kingdom on 7 July 2019
Verified Purchase
this book was good.... but not as good or as enjoyable as the first. It's a shame as I loved the first, yes it had problems and it wasn't the best story of all time but I loved reading it. it was easy and fast that holds your attention. However, the following book (daughter of the siren queen) didn't give me what I was expecting. it let me down and it disappointed me greatly. I read the first book and then right after the second, so I was really into this world and characters.
the main character felt different, she was (especially at the end) easily scared and beaten in fights. even though she would say that she is the greatest fighter and wasn't scared of anything. that she was the daughter of the pirate king, trained for any situation.
it was all tell and no show. she kept saying that she can do all these things and yet would refuse to do a thing that would literally save her precious crew, but doesn't because she's scared. it felt wrong and forced and didnt make sense at all. and it started to really annoy me greatly. to the point where I almost stopped liking her. which is crazy as I loved her in the first book.

another thing that rubbed me the wrong way was Riden. the conflict that happened between Riden and the main character, that both have feelings for the other, felt forced and not believable at all. the author would create these situations and have the two character act OUT of CHARACTER just to create tension. it was just terrible. it felt wrong, Riden wouldn't act like that at all. the author turned this character that was interesting and fun to annoying and unlikeable.

Jamie
2.0 out of 5 stars Square shaped size/ wrong size
Reviewed in the United Kingdom on 21 April 2021
Verified Purchase
The size of the book literally makes me want to cry😀 cuz this book is more square shaped than rectangle. I haven’t read this one or the first one yet but the size makes me so mad. But i mean it did come good condition and stuff. I don’t know if anyone else has the same issue or if it’s meant to be like that because I assumed all the books are rectangle and if it is then I think I’m blind 🤷🏽‍♀️
Read more
One person found this helpful
Report abuse

Megan chihiro Judy sheena Uzumaki
5.0 out of 5 stars Exciting snd adventurous!
Reviewed in the United Kingdom on 15 May 2018
Verified Purchase
Loved this book, strong female lead who evokes love and loyalty from her crew. Honestly I've never enjoyed the idea of being trapped on a boat in the ocean but this book has made me reconsider. Life at sea seems both peaceful and terrifying. The ocean holds so many mysteries. I read both books in two days, couldn't put it down or stop thinking about it when o eventually did. I recommend to anyone who enjoys reading about tough, badass sexy woman who fight for everything they get.
Read more
Report abuse

Holly13457
5.0 out of 5 stars Alosa is back
Reviewed in the United Kingdom on 26 May 2018
Verified Purchase
Wow just wow i love how this book carried on the story amazingly , a lot of the time sequels are never as good as the first in the series but this one surpassed it by far it carried on the story but added so much more from more character's to more magic to even more humour so if your looking for a fast paced action packed fantasy with a huge amount of laughing the this is defiantly the book series id recommend to every one
Read more
Report abuse

Georgia Raines
5.0 out of 5 stars Good buy
Reviewed in the United Kingdom on 14 April 2021
Verified Purchase
Loved this book, well written follow on from book one.

Great story and I would reccomend.
Read more
Report abuse
See all reviews
Back to top
Get to Know Us
Make Money with Us
Let Us Help You
And don't forget:
© 1996-2021, Amazon.com, Inc. or its affiliates