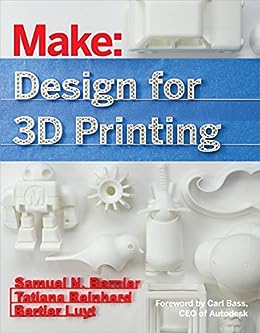 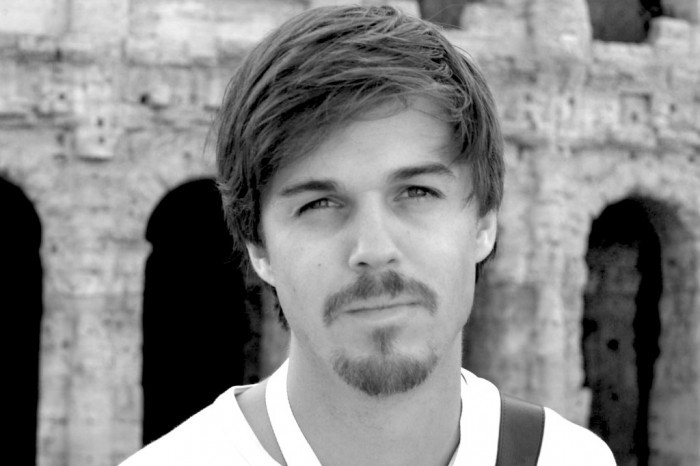 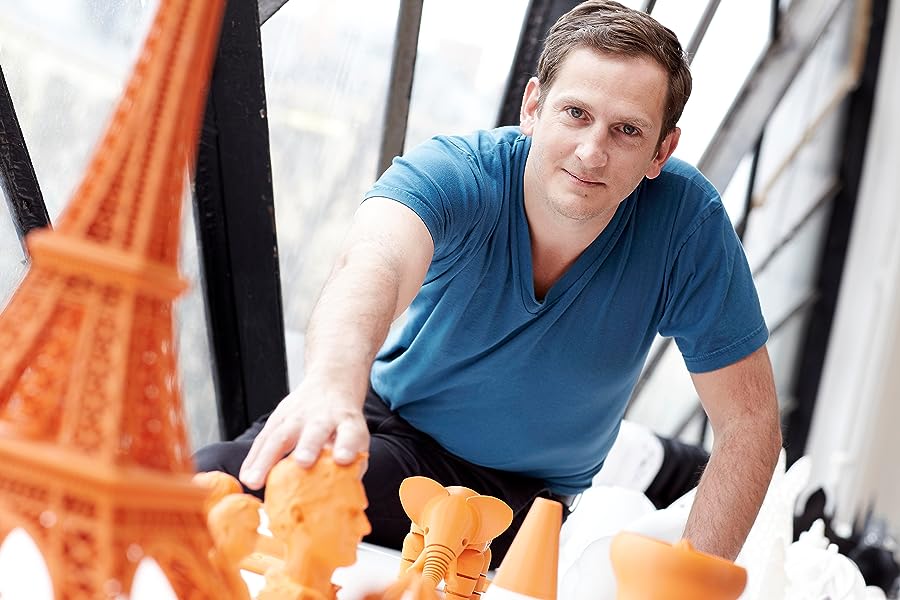 Samuel Nelson Bernier is a Canadian industrial designer and le FabShop's creative director since January 2013. He is a graduate of the University of Montreal where he excelled with his exceptional educational journey: Winner of the Lieutenant Governor's Medal, 2010 personality of the year and winner of the the Be Open Award in London. In 2012, he was invited by the Autodesk group to be an artist in residence in San Francisco. He wrote the memoir Project RE_, DIY in Digital Age, which followed his journey through the world of Makers and FabLabs. It was this same year that he met Bertier Luyt, a French entrepreneur who invited him to join his business project, le FabShop. Samuel N. Bernier is also a teacher at the Domus Academy in Milan for a workshop that he is giving on the theme of "Makers." In August 2013, the British magazine ICON chose the young designer for its "Future 50" list of the best-known emerging creators.

Bertier Luyt is a professional maker-entrepreneur, self educated, father of two kids. After a career in music, in the early 2000s, he turned his career toward design and designing professional spaces, an activity for which he started using SketchUp. Bertier Luyt's expertise was recognized in 2010 when he gave a conference at Google Sketchup 3D Basecamp about "3D modeling for digital manufacturing", at a time when the first 3D printers aimed at the general public made their appearance in the United States.

After attending his first Maker Faire in New York in 2011, he launched leFabShop, a 3D modeling and digital fabrication studio, in early 2012 in France. Early works include 3D modelling the Palace of Versailles for the Google Cultural Institute. Bertier has written other books on 3D printing and 3D modelling; he's also been a speaker at different conferences such as MakerCon, TEDx, Hello Tomorrow, and Trimble Dimension. His favorite topics are digital manufacturing, self-empowerment and entrepreneurship. In 2013, he organized France's first Mini Maker Faire in Saint-Malo and created SWF: the first Eco-friendly sea-weed 3D printing filament. He is the producer for Maker Faire in France.

An illustrator and computer graphics designer first, following a successful career in multimedia visual communication at the Olivier de Serres school, Tatiana Reinhard, moved by her passion for the image, began a masters degree in Arts and Technology of the Image and became a 3D generalist for video and real time. A compulsive dabbler, passionate geek, and curious about new technologies, she works on the ongoing industrial revolution through the emergence of FabLabs and 3D printing. After teaching CAM at the University of Paris-8, she applied to le FabShop, wanting to test her knowledge as a virtual technician in a digital manufacturing studio. Today, Tatiana is a designer and creative at le FabShop. She also provides professional training to businesses going into 3D printing.

4.3 out of 5 stars
4.3 out of 5
141 global ratings
How are ratings calculated?
To calculate the overall star rating and percentage breakdown by star, we don’t use a simple average. Instead, our system considers things like how recent a review is and if the reviewer bought the item on Amazon. It also analyses reviews to verify trustworthiness.

Trying to be helpful
3.0 out of 5 stars Fair to middling
Reviewed in the United Kingdom on 14 June 2016
Verified Purchase
This is a book-magazine type hybrid. The paper is glossy, there are a lot of photographs and the material is divided into article-length sections rather than forming a single coherent development. On the other hand, it is the work of just three authors, the sections have been fitted into themes and there are no adverts so it is quite expensive for a magazine. Also don't be mislead by the title while some of the material does address design issues it would have been more informative to call it 'first steps in 3d printing by three designers' because it is really about the nuts and bolts of getting things done at an introductory level while inspiring you with pictures and stories of cool stuff designed by the authors and others.

There is no table of contents available through the listing so I will give you a list of theme headings as they appear in the summary/ table of contents: Learn the Basics, Download, Repairing and Exporting, Cut and Copy, 3D Modeling, Draw, Articulate, Set Up, Sculpt, Color, 3D Scan, Optimize, Finish, Order. At 32 pages, by far the longest section is Learn the Basics which talks about the different technologies, a selection of printers (rapidly becoming if not already out of date), different file formats, a selection of free 3d modelling software and 3d scanning methods. The longest of the other themes occupies twelve pages. Typically these other themes are subdivided into two or three articles/sections, so that with all the photographs you should appreciate the coverage provides a selection of nibbles rather than a meal.

Quite a few of the sections are of the tutorial variety. I read the book one evening away from my computer and at that point was very pleased with it because it appeared I had a shortcut to learning the various useful techniques the tutorials address. Unfortunately, while the tutorials look on first appraisal to be clear and well laid out there is a mismatch between the detail given in them and the size of the task of learning to use the 3d software. One has to fall back on other resources to learn enough of the software to be able to do the tutorials. In fairness, the tutorials are trying to walk you through simple operations and the software is for 3d software at the simple end of the spectrum however the task of navigate a camera around 3D space using a mouse and keyboard (you need to be able to see what you are doing), pick things up, reorientate and otherwise manipulate them requires time and effort to learn and the feature sets of the pieces of software tend to be quite large making them cumbersome when you first start to use them. Worse the software itself is poorly documented ... well it is free. What this means is that to do the tutorials one needs to put some hours into learning the software ahead of time. At that point the tutorials no longer looked like any kind of shortcut to learning useful techniques and I was considerably less impressed with the book.

Norbert
5.0 out of 5 stars Good seller.
Reviewed in the United Kingdom on 31 May 2020
Verified Purchase
It is a beautiful looking book with lots of pictures with examples , names of programs , highly useful information for both beginners and professionals .
Read more
One person found this helpful
Report abuse

peter hedges
5.0 out of 5 stars Could have been cheaper
Reviewed in the United Kingdom on 25 February 2021
Verified Purchase
Not what I expected, little bit high in price
Read more
Report abuse

B
5.0 out of 5 stars Goood
Reviewed in the United Kingdom on 21 December 2020
Verified Purchase
Excellent inaight
Read more
Report abuse
See all reviews
Back to top
Get to Know Us
Make Money with Us
Let Us Help You
And don't forget:
© 1996-2021, Amazon.com, Inc. or its affiliates