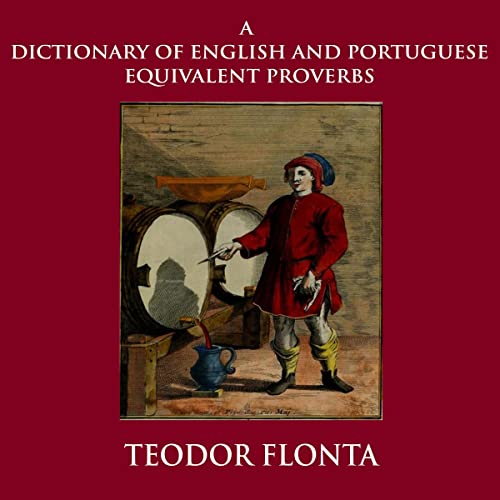 A Dictionary of English and Portuguese Equivalent Proverbs

Proverbs included in this collection come from monolingual, bilingual, and multilingual collections, some as old as the 16th century, and it should be accepted that some of them are contradictory, discriminatory, blasphemous, or scurrilous, and as such, they reflect past attitudes and express the idiosyncrasies of a people and their culture through time and history. At the same time, proverbs are based on the practical experience of humankind and show us that we can change and do better.

As travel has become more frequent now than in the past, more people learn foreign languages and proverbs are borrowed from the cultures they come in contact with. It is good, therefore, to be familiar with them. Read by native speakers, the proverbs in this dictionary will allow you to practice the language you are studying by helping you improve your pronunciation, enrich your vocabulary, and become familiar with the structure of the language.

Read more
©2017 Teodor Flonta (P)2021 Teodor Flonta
Previous page
Next page
Learn more about membership
By completing your purchase, you agree to Audible’s Conditions Of Use and Privacy Notice.
Sold and delivered by Audible, an Amazon company

4.5 out of 5 stars
4.5 out of 5
2 global ratings
How are ratings calculated?
To calculate the overall star rating and percentage breakdown by star, we don’t use a simple average. Instead, our system considers things like how recent a review is and if the reviewer bought the item on Amazon. It also analyses reviews to verify trustworthiness.