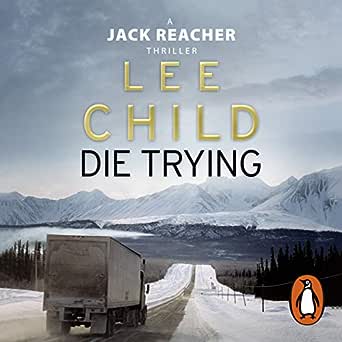 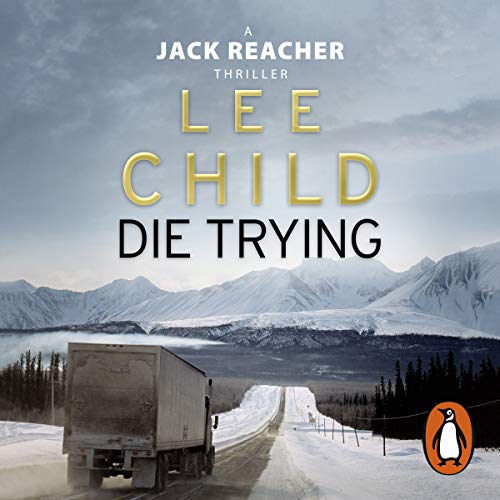 4.5 out of 5 stars
4.5 out of 5
8,621 global ratings
How are ratings calculated?
To calculate the overall star rating and percentage breakdown by star, we don’t use a simple average. Instead, our system considers things like how recent a review is and if the reviewer bought the item on Amazon. It also analyses reviews to verify trustworthiness.

Ruffy D
5.0 out of 5 stars Classic Reacher (this time with Holly)
Reviewed in Australia on 23 July 2020
Verified Purchase
I was given the 1st book and the last book (at the time) Blue Moon - both for presents. I liked them both (Killing Floor better) I thought I would venture between the bookends and read what's in the middle. Both books have lots in common but the things I found most common were: (a) you wonder "how in the hell is Reacher going to get out of this", (b) the last paragraph in each chapter tend to have a twist that causes the reader to keep reading - even into the wee hours of the night, and (c) Reacher's love affairs are very subtle and leave heaps to the imagination.
Just a warning though.... do not read a Reacher book before you turn lights out to go to sleep (that is unless you can sleep with your heart racing, your adrenaline pumping, and a partner who constantly nags about when are you going to turn the light out....) ;-)

realmum
5.0 out of 5 stars Awesome read
Reviewed in Australia on 16 December 2016
Verified Purchase
Jack was just trying to be a gentleman and hold the door for a woman with a crutch, and a handful of dry cleaning. How has he now ended up surrounded, handcuffed, kidnapped and bundled into a car alongside her by three men with a gun pointed firmly at him?? Is he the innocent bystander or is she? I love the Jack Reacher series lots of action to keep you turning page after page way past your bedtime.
Read more
Helpful
Report abuse

Brian
5.0 out of 5 stars Great and gripping
Reviewed in Australia on 16 September 2018
Verified Purchase
This is the usual jack reacher saving damsels in distress . Lee never fails to write gripping and detailed stories as this one is!
Read more
One person found this helpful
Helpful
Report abuse

Ms Henry
3.0 out of 5 stars Another Jack Reacher book
Reviewed in Australia on 22 August 2020
Verified Purchase
Bit of a twist, fair bit of gore, women with half a brain. Not bad as fiction goes.
Read more
Helpful
Report abuse

BookGirl
5.0 out of 5 stars Getting better
Reviewed in Australia on 13 April 2014
Verified Purchase
If you like a thriller where the hero is just a little (maybe more than a little) mean but righteous then this is the series for you. The story lines are not predictable & despite all Jack prevails in the end. Its not fairyland though & not everyone comes out of it ok at the end. Bit like real life. A wild ride worth taking.
Read more
One person found this helpful
Helpful
Report abuse

Dryline
5.0 out of 5 stars Another excellent Reacher book.
Reviewed in Australia on 27 January 2019
Verified Purchase
Another great Jack Reacher book to read when you want to escape the daily humdrum or while away the weekend afternoon.
Read more
Helpful
Report abuse

Steve P
TOP 500 REVIEWER
3.0 out of 5 stars Fast start; slow finish
Reviewed in Australia on 6 February 2016
Verified Purchase
Very fast-paced, exciting beginning. However, about halfway through, got bogged down in detail and seemed to go nowhere for awhile. I finished the book but, overall, it felt pretty average. This is the third book I've read in this series and will probably leave it and move on to other things.
Read more
Helpful
Report abuse

bec
3.0 out of 5 stars Good Read
Reviewed in Australia on 12 September 2017
Verified Purchase
Jack is a ladies man but always seems to fall short, at least the action did not dissapoint. Good read over all
Read more
Helpful
Report abuse
See all reviews

SGC
2.0 out of 5 stars Thrilling, but . . .
Reviewed in the United Kingdom on 6 December 2018
Verified Purchase
I'm sure I'm going to make myself unpopular with this, but...
I read a lot of whodunits and crime stories, so I thought I'd like the Jack Reacher stuff (only very recently picked up on it)
I had to push myself to get through book 1. Even so, I thought there was a lot to like about the story telling. It was quite gripping stuff, so I thought I'd try book 2 to see if Lee Child had got certain stuff out of his system and could now settle down to utilise his obvious story telling skills.
But apparently not.
Mr Childs' has a compulsion to go in for macho BS - in my opinion.
And as a Brit, he has clearly embraced the American gun culture, because he is obsessed with the things. I don't mind them being part of the story, but they become the story at times. Not pleasant.
This second book had at its core a storyline that was worth following - but - it was overlaid with even more of the macho BS than book 1.
Also, in my view, the plot development contained too many flaws, too many times when I was shouting in my head - why did he do that? or why didn't he do this?
I nearly gave up on it, but that's a bad thing to do with any book once you're a certain way in, so I kept going. Honestly, I was glad to get to the end - for the wrong reasons.
I doubt I'll read another one - trouble is, I've already purchased a signed copy of his book 23!
Sorry Mr Childs' - I guess I'm just not the right demographic. The gun worship is just too much - and don't get me wrong; my father was a gamekeeper and I've used guns and I'm a reasonable shot, but . . . .

TonyT
3.0 out of 5 stars Enjoyable reading.... at times. Full of padding.
Reviewed in the United Kingdom on 6 October 2018
Verified Purchase
Al though I enjoy reading the Reacher books mostly, many of the chapters are full of waffle and padding and inconsequential descriptions of unnecessary things.
Descriptions a page or two long of how a bullet is discharged from a rile and waffle about the gasses emitted and the speed the bullet goes. WHO CARES! Cut to the chase. Child's books could be a 100 pages shorter without the guff.

Tricia
5.0 out of 5 stars I cannot get enough of Jack Reacher...
Reviewed in the United Kingdom on 23 May 2018
Verified Purchase
Having read all of the Jack Reacher novels and short stories I am now giving them a second go.

Reacher is sexy, but he is a man's man too. The ultimate bad boy hero. He doesn't play by the rules, he plays by HIS rules, which are often a lot smarter.. He always holds the moral high ground, even when it isn't exactly legal. You just can't argue with his logic..

Action packed, with violence and graphic details, but also a gripping story line and tenderness, I could not put this book down..
Read more
9 people found this helpful
Report abuse

Sophie
2.0 out of 5 stars Quickly Lost Interest
Reviewed in the United Kingdom on 9 December 2020
Verified Purchase
This was so bad. I started out really enjoying this series but I’m losing interest, it’s disappointing.

The storyline was relatively interesting with unique twists and turns but the minutiae was lame.

Ultimately the story dragged on and the ending wasn’t great, not the best from the series.
Read more
34 people found this helpful
Report abuse

Keiran McAllister
4.0 out of 5 stars Wow! Suspend reality and enjoy.
Reviewed in the United Kingdom on 23 February 2020
Verified Purchase
After book one comes book two. I think I slightly enjoyed book one a bit more but only a bit. This one Jack wants to take on the world. May I suggest that the suspension of reality is totally necessary to enjoy this book. But surely that is the case with most thriller fiction.
Anyway, I like Lee Child's prose and pace and imagination. In the two books I have read so far it has been possible to forget the world we live in and enter that of Jack Reacher's.
I never got bored or struggled to return to the book. There was always something just round the next paragraph and the possibility of new twists at any moment.
I can't say that for every thriller I've read, and I've read a few. I have the third in the series on order.
I can't quite give five stars yet, for me five stars represents the complete article, Jack Reacher leaves one or two big holes in the story that even suspension of reality is difficult to fill. Leave that aside and you will be able to enjoy this book as I most certainly have.
Read more
One person found this helpful
Report abuse
See all reviews
Get FREE delivery with Amazon Prime
Prime members enjoy FREE Delivery and exclusive access to movies, TV shows, music, Kindle e-books, Twitch Prime, and more.
> Get Started
Back to top
Get to Know Us
Make Money with Us
Let Us Help You
And don't forget:
© 1996-2021, Amazon.com, Inc. or its affiliates