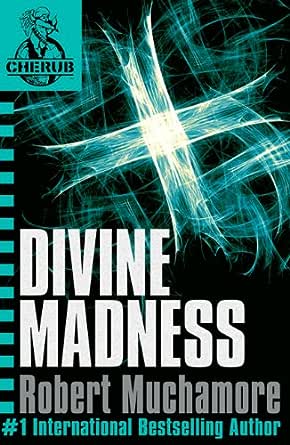 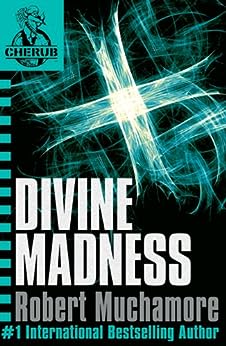 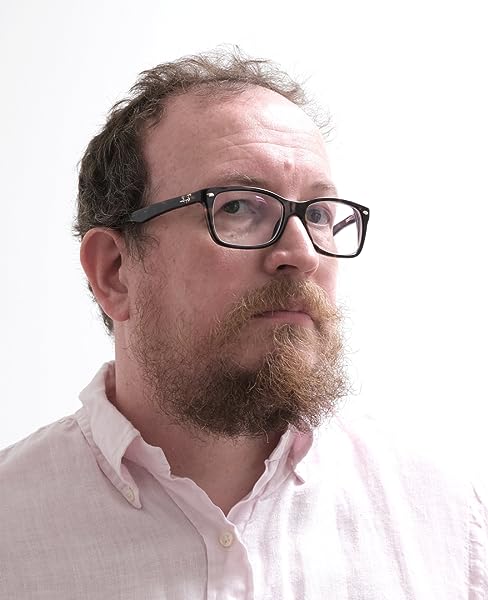 'A really good book that you could re-read over and over again.' (Guardian)

'Pacy writing, punchy dialogue and a gripping plot, it's got it all.' (Daily Express)

'Fast-moving action ... and cool gadgets!' (The Times) --This text refers to the paperback edition.

ROBERT MUCHAMORE was born in Islington in 1972. As a teenager he dreamt of either becoming an architect, a photographer or a writer. On discovering that architects have to train for seven years and after quitting his Saturday job in a camera shop, he saved up enough money to buy a word processor and set his heart on writing. The only problem was, he didn't know what to write. So, he found a regular job and spent thirteen years as a private investigator.He was inspired to start writing again by his nephew's complaints about the lack of anything decent to read. Robert's CHERUB and Henderson's Boys series are bestsellers around the world.Robert grew up listening to mix tapes sent to him by his older brother, developing tastes for indie bands like Joy Division, The Pogues and The Smiths. The idea for Rock War came from seeing that many of Robert's fans turned up at book signings wearing the logos of long dead rock bands, and a realisation that his online fan forum had more kids talking about the X-Factor than about his books.For more information, go to www.muchamore.com. --This text refers to the paperback edition.

Robert Muchamore was born in Islington in 1972 and spent thirteen years working as a private investigator. He loves Arsenal and watching people fall down holes. He hates swimming and getting chased by cows. He was inspired to start writing by his nephew's complaints about the lack of anything for him to read! His books are now bestsellers in many countries around the world. For more information, go to www.muchamore.com. --This text refers to the paperback edition.

Praise for books in the CHERUB series: 'Punchy, exciting, glamorous and, what's more, you'll completely wish it was true.' - Sunday Express'Crackling tension and high-octane drama.' - Daily Mail'A really good book that you could re-read over and over again.' - Guardian'Pacy writing, punchy dialogue and a gripping plot, it's got it all.' - Daily Express'Fast-moving action ... and cool gadgets!' - The Times --This text refers to the paperback edition.
Read more

4.8 out of 5 stars
4.8 out of 5
450 global ratings
How are ratings calculated?
To calculate the overall star rating and percentage breakdown by star, we don’t use a simple average. Instead, our system considers things like how recent a review is and if the reviewer bought the item on Amazon. It also analyses reviews to verify trustworthiness.

DaggyMara
4.0 out of 5 stars Divine madness cherub series
Reviewed in Australia on 31 October 2017
Verified Purchase
It was a good book but not the best CHERUB book of all time I suggest it to someone that likes slower books and likes lots of action at the end
Read more
Helpful
Report abuse

Lynne Machin
5.0 out of 5 stars Amazing
Reviewed in Australia on 4 January 2017
Verified Purchase
There is literally nothing wrong with this book/ this book series. So well written and amazing story line !! !
Read more
Helpful
Report abuse

Charlie May
5.0 out of 5 stars Cant put it down
Reviewed in Australia on 12 February 2015
Verified Purchase
its so good i could not put it down until ten o vlock at night.
i dont know how the author wrjtes such amazing books i cant wait to read the next one.
Read more
Helpful
Report abuse

Faze Apex
3.0 out of 5 stars xXxOGERLORDxXx
Reviewed in Australia on 2 July 2015
Verified Purchase
I'd say the only two problems with the book are:
· Not enough Noscopes.
· Needs more dragons.

Amazon Customer
5.0 out of 5 stars awesome book
Reviewed in Australia on 11 June 2018
this series has got me hooked i highly recommend it. it isnt as good as the killing but is still great
Read more
Helpful
Report abuse
See all reviews

H J Mac
5.0 out of 5 stars Real peril
Reviewed in the United Kingdom on 7 August 2013
Verified Purchase
This was the most suspenseful and thrilling of the Cherub books so far. I really like how girls have come to the fore in this series, with the toughest young agents being female. Having said that James, the main protagonist, doesn't have the most respectful attitude towards the girls in his life. They are all onto him though, and I really like how they don't condone or put up with him behaving badly toward them.

James's little sister Lauren has really come into her own as a character. I love the way their sibling relationship is portrayed. In this story they infiltrate a cult, and it's a very scary organisation. I've enjoyed all of the books so far, but this was the first where I really felt worried for the children, also anxious that the adults weren't ahead of the game in the way they normally are, but the plot made sense of that, as the cultists were truly terrifying and ruthless.

The tension really ramps up in this story, and some great characters are introduced, I hope we meet at least a couple of them again. I love Muchamore's characterisation, he makes you warm to people, or really dislike them, even with not a lot of air time. There's an old lady in a nursing home in this who is wonderful, and I also loved Ernie the driver.

I've seen these books criticised as being badly written, especially on goodreads, not as kind as the reviews on here! The one grammar thing that annoys me a lot is a basic error, the use of the possessive apostrophe. It should be James's, not James'. I can't believe this mistake wasn't corrected by an editor. They only need to look at their tube map, St James's Park springs to mind. James is a name, not a plural when the style he uses would apply. This is the only thing that really gets to me though, otherwise I think that the story and characters propel you along to the point where the writing style isn't really an issue.
Read more
Report abuse

If you haven't read the Henderson's Boys books - which tells us how CHERUB came into being - then I suggest you really do. Again an excellent series of books, as long as you can forgive some basic mistakes which with proper research would have made a good series into a great series.
Read more
Report abuse

Julie B
5.0 out of 5 stars clever
Reviewed in the United Kingdom on 31 August 2020
Verified Purchase
In my opinion, this is one of the best espionage novels ever to be written. It is very clever and explains a great deal about independent 'cults' and things of the sort. I definetly recommend it to anyone with an interest in the genre and an appetite for thought-provoking novels. Be warned: it is ever-so-slightly disturbing, but in my opinion that makes it more interesting.
Read more
Report abuse

B. C. Webb
5.0 out of 5 stars Great action throughout
Reviewed in the United Kingdom on 29 May 2016
Verified Purchase
The cherubs are once again in the middle of a complex investigation with the reapearence of Help Earth. Leads found in Hong Kong lead tp an Austrailian based cult. James and Lauren Adams go to the cults outback headquarters, meet Rat and together rescue children when the security forces attack the complex. Dana, another cherub agent survives being shot and stops a major attack. Great action throughout, highly reccomended
Read more
Report abuse

Kindle Customer
5.0 out of 5 stars Great book, would recommend to all!
Reviewed in the United Kingdom on 22 March 2017
Verified Purchase
This was an amazing read that gave in sight on cults that I wouldn't have known about otherwise. Epic action and humour that really made this book what it is. I'm now looking forward to the next instalment!
Read more
2 people found this helpful
Report abuse
See all reviews
Back to top
Get to Know Us
Make Money with Us
Let Us Help You
And don't forget:
© 1996-2021, Amazon.com, Inc. or its affiliates