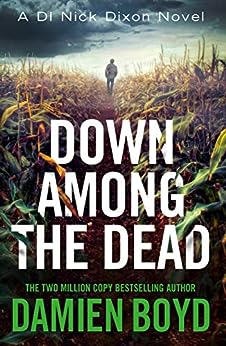 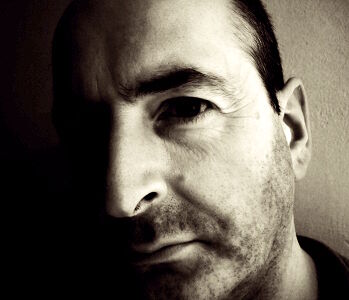 by Damien Boyd (Author) Format: Kindle Edition
See all formats and editions
Sorry, there was a problem loading this page. Try again.

Somerset’s bloody past meets a dangerous present in this thriller from the bestselling DI Nick Dixon crime series.

When a badly decomposed body is discovered during an archaeological dig on the Sedgemoor battlefield, Avon and Somerset police are notified immediately. The remains are recent, and Detective Chief Inspector Peter Lewis knows exactly who they have found.

With Parker’s appeal hearing imminent, Lewis comes under intense pressure to pin this new murder on him quickly and quietly. It’s an open and shut case—and Lewis should know—so why then does he insist on assigning it to DI Nick Dixon?

As Dixon starts to re-examine the original investigation, shocking revelations come in from the forensics team. And just as Dixon’s worst fears begin to surface, another body is found…

Damien Boyd is a solicitor by training and draws on his extensive experience of criminal law, along with a spell in the Crown Prosecution Service, to write fast-paced crime thrillers featuring Detective Inspector Nick Dixon.

Find out more at damienboyd.com

4.3 out of 5 stars
4.3 out of 5
7,343 global ratings
How are ratings calculated?
To calculate the overall star rating and percentage breakdown by star, we don’t use a simple average. Instead, our system considers things like how recent a review is and if the reviewer bought the item on Amazon. It also analyses reviews to verify trustworthiness.

susan55
5.0 out of 5 stars Book 10 - Excellent
Reviewed in Australia on 23 June 2020
Verified Purchase
Once more the characters, locations, crimes are all so well written and I can imagine myself being there watching all the story unfold. Love that the characters have well rounded lives and the story is totally believable. I hope that Charlesworth continues in the books as it is always good to see him get it wrong (and worry about the Press will report). I don’t put anything about the actual story as I think you need to read these books yourself to appreciate them fully. I can’t recommend them highly enough - now have to wait for book 11!
Read more
Helpful
Report abuse

takeiteasy
3.0 out of 5 stars A little confusing
Reviewed in Australia on 8 October 2020
Verified Purchase
I had trouble following who is who in this book. That could be because I have not read the previous in the series. It came up as a $2 purchase so I thought I'd give it a go. It's a harmless, easy read. Tension is middling where it needs to be strong. Definitely not a word changer but I have read a lot worse.
Read more
Helpful
Report abuse

Barbara Sth Aust
TOP 500 REVIEWER
4.0 out of 5 stars Once again Damien Boyd has given his all to this story.
Reviewed in Australia on 9 May 2020
Verified Purchase
I have followed Nick Dixon since his first book. I enjoyed this one very much, but I am not a fan of battle history. I could not keep up with all the different people from three hundred years ago. Takes me all my time to keep up with Nick and his dog..
Read more
Helpful
Report abuse

Heather S
5.0 out of 5 stars An interesting twist.
Reviewed in Australia on 27 October 2020
Verified Purchase
As always with Damien Boyd, I could not put this book down. So well written and mind challenging story. Boyd always keeps the reader intregued with a new slant in his stories. An impatient wait for his next DI Nixon book.
Read more
Helpful
Report abuse

CJ
5.0 out of 5 stars Another Great Book
Reviewed in Australia on 24 May 2020
Verified Purchase
Another great book from this author. I've read all the books in this series and they just get better with every book. Pity we have to wait for the next one but i'm looking forward to it.
Read more
Helpful
Report abuse

Donna
5.0 out of 5 stars Another great addition to the DI Nick Dixon series
Reviewed in Australia on 7 October 2020
Verified Purchase
I really enjoy this series of books. DI Nick Dixon is a brilliant Detective with great character and an effortlessly dry sense of humour. Always well written with great twists and turns to the plot. This latest one did not disappoint and I'm looking forward to the next instalment
Read more
Helpful
Report abuse

Robert
5.0 out of 5 stars I think I like this one the best so far !
Reviewed in Australia on 25 December 2021
Verified Purchase
I've read all of the Nick Dixon murder mysteries in the correct order including this one. They are a ripping yarn and hard to put down.
You learn a few things too! A part of England I would like to visit one day.

Amazon Customer
5.0 out of 5 stars Nicely done in a grizzly way
Reviewed in Australia on 8 September 2020
Verified Purchase
The evocation of the countryside in Somerset provides the background for this macarb story. Nicely constructed with an eye for detail the author ends with the novel with an unexpected flourish.
Read more
Helpful
Report abuse
See all reviews

Thiswaycomes
5.0 out of 5 stars They just get better & better...
Reviewed in the United Kingdom on 18 May 2020
Verified Purchase
So here we are at book 10 in the series - and they just get better & better!
From the very first book in the series, I thought this author had something and is now producing some of the best crime novels in the land - beautifully set up, incredibly well developed and written with style and attention to detail.
I always think it's a sure sign of an enthralling book if reading it makes you go find another book about a subject brought up in said same book. I've done this far too many times to mention with this series - this time reading up on the Battle of Sedgemoor and even reading a biography on the Duke of Monmouth (which was also excellent by the way!)
If a novel improves your knowledge at the same time as it entertains you, then all is right with the world...
A v rare 5 stars from me (I don't give them out like Smarties) but this book was everything you could want in a police procedural and more.
Massively recommended, go buy!
Read more
35 people found this helpful
Report abuse

Greynomad
5.0 out of 5 stars Once you start, you won't be able to put it down!
Reviewed in the United Kingdom on 13 May 2020
Verified Purchase
I read this superb story in 3 days, absolutely captivating including all the usual characters that we have come to know, like family. I have purchased & enjoyed all 10 'Nick Dixon' crime solving stories, this one 'Down Among the Dead' is, possibly, one of his best yet. Damien's comprehensive knowledge of Somerset locations always impresses me, as a local Somerset chap - every single location used in this latest tale is familiar to me, which made it even more enjoyable. Attending School in Bridgwater, we were steeped in the history of the 1685 Battle of Sedgemoor. I would recommend that new readers try to read all the ten books, so far, in chronological order.
Read more
22 people found this helpful
Report abuse

L Norvill
4.0 out of 5 stars Didn't enjoy as much as the other books in the series
Reviewed in the United Kingdom on 11 May 2020
Verified Purchase
I'm a big fan of Damien Boyd and the Nick Dixon series but I found this book a bit disappointing. I usually cant put the books down but I trudged through this and ended up skipping some of the battle history stuff, and there was a lot of it in this book, as I was getting bored. I suppose if you enjoy a lot of history you may find this more interesting. Not the usual gripping storyline as it kept digressing to the battle history and the detectives that work with Dixon seemed to fade into the background other than Louise. Even his fiance who was a great detective in the earlier books seems to have become just a babysitter. I probably would have given this book 3 stars but as I enjoy the writer and the Dixon series gave it 4. Although I didn't enjoy this book as much I still look forward to the next book.
Read more
10 people found this helpful
Report abuse

J. S-S
2.0 out of 5 stars disappointed in this book
Reviewed in the United Kingdom on 1 July 2020
Verified Purchase
I'm a devotefd fan of damien boyd and the Nick Dixon seties, but felt very let down by this book. Far to much battlefield diversions, too many characters being bouncef about with little time given to previously strong storylines. Intelligent Jane merely mentioned tending Monty. i sadly didn't look forward to reading this each evening when previous books i couldn't waIt. hoping damien gets back on track for the next book.
Read more
9 people found this helpful
Report abuse

Richard Cole
5.0 out of 5 stars Modern Murder And A Historical Background.
Reviewed in the United Kingdom on 12 May 2020
Verified Purchase
Another cracking tale from this master of the art which incorporates his extensive knowledge of the historic County of Somerset and its history. Which history is drawn upon relating to the Battle of Sedgemoor, of The Bloody Assizes and Hanging Judge Jefferys, with modern murder on the menu and a miscarriage of justice that needs to be rectified.

His local knowledge shines out in this difficult to put down book, a work enhanced by his extensive knowledge of the UK legal system.
Read more
12 people found this helpful
Report abuse
See all reviews
Back to top
Get to Know Us
Make Money with Us
Let Us Help You
And don't forget:
© 1996-2022, Amazon.com, Inc. or its affiliates