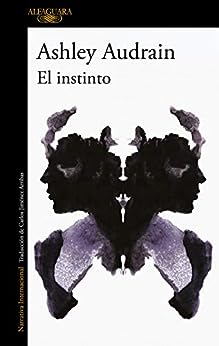 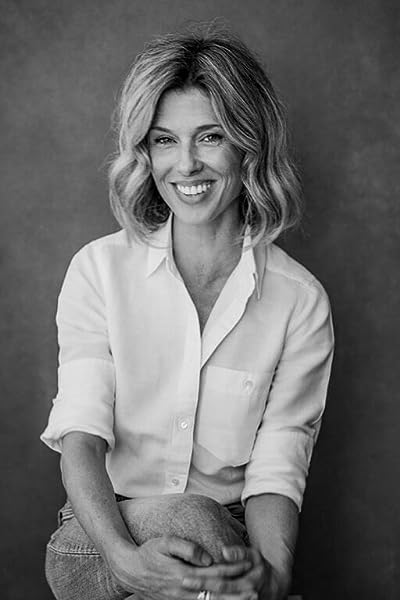 A Most Anticipated Book of 2021 by Entertainment Weekly, Marie Claire, AARP "A chilling page-turner that asks provocative questions." --Real Simple

"A thrilling debut." --Harper's Bazaar "A psychological thriller that will make you question everything you know about motherhood." --Bitch "Starkly original and compulsively readable, Ashley Audrain's THE PUSH is a deep dive into the darkest nooks and crannies of motherhood. Raw, visceral, and often disturbing, this is an intense psychological drama that will be embraced by serious book clubs and fans of Lionel Shriver's We Need to Talk about Kevin." -- Kristin Hannah, #1 New York Times bestselling author "This is a sterling addition to the burgeoning canon of bad seed suspense, from an arrestingly original new voice." -- Publishers Weekly (starred review) "THE PUSH was a poetic, propulsive read that set my nerves jangling in both horror and recognition. I read it in one sitting and it stayed with me for days afterwards. Not to be missed." -- Lisa Jewell, #1 New York Times bestselling author of Then She Was Gone "With its riveting prose and deep convictions, Ashley Audrain's THE PUSH had me in its clutches from the first page. Audrain's astute portrayal of motherhood was unsettling in its insights, yet highly entertaining on the page. Complex, nuanced, and unflinching, I inhaled this debut in one sitting." -- Karma Brown, bestselling author of Recipe for a Perfect Wife

"Intensely absorbing, gripping until the final page, The Push excavates the myths of motherhood, deftly exploring the shape-shifting landscape of parenting, the powerful impact of the past on the present, and the deep unease of our inability to ever fully know even those we hold the closest." -- Kim Edwards, #1 New York Times bestselling author of The Memory Keeper's Daughter "I read The Push in a single sitting, ignoring my children, my phone, and staying up way too late, unwilling to break the spell cast by Ashley Audrain's bold, gorgeous prose and propulsive plot. In the months since, my mind has returned, again and again, to The Push, which is unlike any other novel I've read. This is a thriller, yes, but one that probes deeply--with enormous intelligence--into what it means to be a mother. And, ultimately--like the best fiction of any genre--what it means to be a person in the world."
-- Joanna Rakoff, internationally bestselling author of My Salinger Year "Ashely Audrain's The Push is not only a propulsively entertaining, read-in-one-sitting novel, it is also a deeply provocative and fearless look at motherhood written in some of the prettiest prose you'll read all year."
-- Aimee Molloy, New York Times bestselling author of The Perfect Mother "Written with a courage that borders on audacity, and with uncanny emotional and psychological precision, Ashley Audrain's The Push is a taut, tour-de-force literary thriller that draws you in from the very first pages and plunges you into the most harrowing of journeys: parenthood."
-- Bill Clegg, New York Times bestselling author of Did You Ever Have A Family? "THE PUSH is an unflinching examination of motherhood. Audrain lets no one in the Connor family off the hook, yet every character managed to elicit my sympathy. Brilliant, insightful, compassionate, and horrifying. I wish I could read it for the first time over and over. One of the best books I've read all year."
-- Stephanie Wrobel, author of Darling Rose Gold

"The Push is written on the edge of a knife. It's a howl in the face of what we think we know--or want to believe--about motherhood. Relentlessly compelling, distressing and beautiful, Ashley Audrain's debut is the next Gone Girl, with shades of We Need to Talk About Kevin. I devoured it whole."
-- Marissa Stapley, bestselling author of The Last Resort "Stayed up too late finishing [Audrain's] deeply unsettling The Push about the darkest reaches of motherhood (and profound maternal ambivalence). Visceral, provocative, compulsive, and with the most graphic and relatable description of childbirth I've read (or written)."
-- Sarah Vaughan, bestselling author of Anatomy of a Scandal "Compelling, beautifully written and wickedly entertaining.... A tremendously thought-provoking read."
-- Liz Nugent, author of Little Cruelties and Lying in Wait "[A] dazzling exercise in both economy of language and vividness of expression. Audrain's grasp of Blythe's inner life--her fears, her hopes, the details that linger in her mind--is so precise and mature that we get lost in this woman's often troubling world. That feeling propels the novel forward at a blistering pace, but Audrain doesn't stop there. The Push announces Audrain as a sophisticated, compelling writer, perfect for fans of thrillers and intimate family dramas alike."
-- BookPage

"Both an absorbing thriller and an intense, profound look at the heartbreaking ways motherhood can go wrong, this is sure to provoke discussion."
-- Booklist "A meteoric debut. Ashley Audrain's The Push is a force of nature, an unforgettable arrival that will linger in your heart--shimmer, darken and then haunt you. Perhaps if Stephen King had experienced motherhood...he might have been able to dream up this book. Wise, monstrous, and tender, it seemed to pulse in my hands. I could not put it down. I could not look away."
-- Claudia Dey, author of Heartbreaker "The Push is a freight train of a read--it barrels into you and propels you along, taking you places you're not sure you want to go. I found it disturbing, upsetting, and utterly compelling. This book starts a conversation about aspects of motherhood - expectation versus reality, nature versus nurture, men versus women--that we should be talking about, however uncomfortable it might be."
-- Beth Morrey, author of The Love Story of Missy Carmichael

"A tense and unsettling thriller that's immersive, chilling, and provocative. A book that's best read in one sitting."
-- Iain Reid, author of I'm Thinking of Ending Things --This text refers to the paperback edition.

4.3 out of 5 stars
4.3 out of 5
283 global ratings
How are ratings calculated?
To calculate the overall star rating and percentage breakdown by star, we don’t use a simple average. Instead, our system considers things like how recent a review is and if the reviewer bought the item on Amazon. It also analyses reviews to verify trustworthiness.

Christopher Cowley
1.0 out of 5 stars Disappointed
Reviewed in the United Kingdom on 11 July 2021
Verified Purchase
Bought this book didn’t realise it was published in Spanish
Read more
Report abuse

Read more
2 people found this helpful
Report abuse
Translate review to English
See all reviews
Back to top
Get to Know Us
Make Money with Us
Let Us Help You
And don't forget:
© 1996-2021, Amazon.com, Inc. or its affiliates