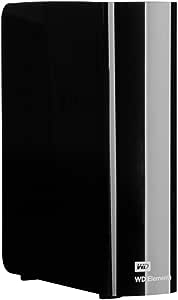 4.6 out of 5 stars
4.6 out of 5
831 global ratings
How are ratings calculated?
To calculate the overall star rating and percentage breakdown by star, we don’t use a simple average. Instead, our system considers things like how recent a review is and if the reviewer bought the item on Amazon. It also analyses reviews to verify trustworthiness.

D K Rumsey
4.0 out of 5 stars No AU plug included
Reviewed in Australia on 9 September 2020
Verified Purchase
Be prepared to buy the appropriate plug or an adapter as only UK, Europe plugs included. Had hoped that all plugs would be included like Seagate does. Purchased from UK, so understandable, but sending to AU should raise a flag as to the inclusion of an AU plug.
Read more
6 people found this helpful
Helpful
Comment Report abuse

Like most, I was purchasing these for the drives inside, rather than for use as an external unit, typically proving to be the cheaper way of buying larger drives when they're on offer.

Issues that you may need to know:
Firstly, and not wholely unexpected, this doesn't have the standard mounting screw holes you'd expect on older/smaller 3.5" drives, missing the middle of the three on each side in order to accomodate the additional drive platters, and repositioning the mount holes on the bottom for the same reason. This might not sound like much, but if you use a screwless case of any kind, or some kind of tray system that use the older style mounting holes, you'll likely find that can't secure these drives into the bay with the standard kit - I had to resort to some adaptation myself.

Secondly, and more importantly, some older PSUs can have a problem powering these drives up due to the use of a newer SATA power specification. There's a few workarounds, so have a quick look for 'fix 3.3v issue in white label drives' if you have a problem. Using a simple molex-to-sata adapter works if you're stuck.

The good:
It's still very simple to open the case itself - a small flat-nose screwdriver or some plastic cards will do to pry the top-end open (from there it's just a case of pushing), and you'll need a screwdriver (Phillips head) to remove the drive from the two screws attaching the drive to the SATA/power connector. Other than that, there's some rubber mounts that simply need pushed out. There's youtube videos about removing it from the case and what to watch for it you plan on removing it (just needs a bit of care to watch snapping off some plastic clips when doing the initial steps).

This is my second - the last contained a WD red, but this latest contains a WD120EMFZ-11 drive (manufacturing date of January this year), hence adding a review for those still hoping for Reds specifically. These latest models are specifically Western Digital Whites: 3.5" SATA III drive, seemingly 6Gb/s, 5400 RPM disks. In open air, spin and seek noise seems to be far better than a neighbouring Seagate drive, appearing to be very similar to some of my older, very quiet, WD Green drives. For use as a video-hosting server drive, it's pretty much ideal - very low power on idle, 5A peak during full use. My only gripe is that it runs roughly three degrees hotter than my other WD drives, including the last 12gb (an EMAZ drive), but nothing major.

ARMACUN
4.0 out of 5 stars 10.5TB usable storage
Reviewed in the United Kingdom on 27 March 2020
Verified Purchase
Bought to upgrade my media collection storage space on my PC. I purchased the 12tb model. It's important to note that there is only about 10.5TB of usable space on it.

It requires its own power supply (plug included), and connects to your computer via USB.

As for portability, it's portable enough to be carried around in say a laptop case but I would recommended keeping it at home or in the office, and left plugged in.

The transfer speeds are ok, not the best (slower than my WD black drive).

Ultimately, it suits what I was looking for; large storage capacity for media files.
Read more
2 people found this helpful
Report abuse

Captain Cretin
3.0 out of 5 stars SOOO SLOOOOW
Reviewed in the United Kingdom on 29 December 2019
Verified Purchase
OK, this is for the Elements 12TB.

First off, you lose over ONE TB of capacity to formatting, 10.9 TB left, straight out of the box.

Next, it is so slow!!
You see that claimed 140MBPS above?? Bollocks, I transferred 2TB and it never broke 98MBPS, off of an internal drive that gives over 160MBPS.

That 2TB took all afternoon and beyond midnight, I had to leave the PC running all night to finish it.
I didnt intend to, but it is so slow, I am going to shuck it and see if it works any better internally.

I'll get back to you.
Read more
2 people found this helpful
Report abuse

TechyTim
5.0 out of 5 stars 12Tb white label easy to remove
Reviewed in the United Kingdom on 30 August 2020
Verified Purchase
If you need a serious amount of storage then go for this. I brought the 12 Tb drive and inside is a white label drive if you’re planning on using it as an internal drive, but you do need to cover up the third pin. The drive is surprisingly fast and runs very quiet.

I am using it in a Qnap Nas and everything has worked well. To remove the drive from the cage you just need to stick 4 credit cards into the corners of the back and slide the plastic shell off. Inside the drive is screwed to a PCB with thick rubber supports to each corner to prevent it from vibrating. If you do it properly you can remove the case without damaging it at all.
Read more

J. Miller
5.0 out of 5 stars Shucked Drive for Terramaster
Reviewed in the United Kingdom on 18 October 2020
Verified Purchase
Very happy with these drives.

Purchased 3 of these drives over the last year for shucking and using inside a terramaster F5-221 Nas.

Inside the terramaster NAS for the first two drives I covered the 3.3v pin with non conductive tape but for the recent drive I didn't and it turns out in the Terramaster you don't need to do that.

Shucking of these is easy with a phillips head screwdriver and a knife. I wasn't concerned about damaging the case as I had checked the drive on my PC using HDD scan software. I have never recieved a drive that didn't work but it's always best to check prior to voiding any return option incase the drive is faulty.

Would highly recommend these drives if schucking or using in the housing the arrive in.
Read more
Report abuse
See all reviews
Pages with related products. See and discover other items: Top rated in External Hard Drives
Get FREE delivery with Amazon Prime
Prime members enjoy FREE Delivery and exclusive access to movies, TV shows, music, Kindle e-books, Twitch Prime, and more.
> Get Started
Back to top
Get to Know Us
Make Money with Us
Let Us Help You
And don't forget:
© 1996-2020, Amazon.com, Inc. or its affiliates