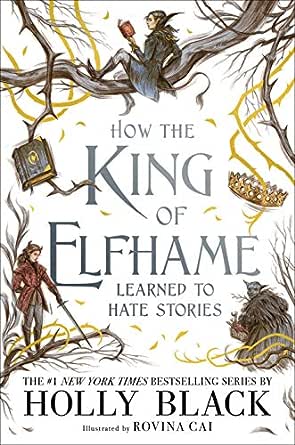 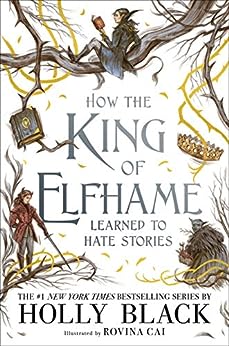 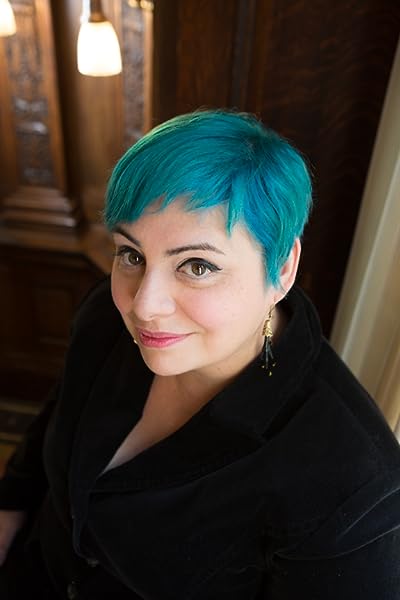 It's an enjoyable read with well-developed characters and genuine chills...-- "Publishers Weekly"

"Holly is the Faerie Queen."

"It's an enjoyable read with well-developed characters and genuine chills."

* Another fantastic, deeply engaging, and all-consuming work from Black that belongs on all YA shelves.-- "School Library Journal, starred review"

* Jude, who struggles with a world she both loves and hates and would rather be powerful and safe than good, is a compelling narrator. Whatever a reader is looking for--heart-in-throat action, deadly romance, double-crossing, moral complexity--this is one heck of a ride.-- "Booklist, starred review"

*A heady blend of courtly double-crossing, Faerie lore, and toxic attraction swirls together in the sequel to THE CRUEL PRINCE.... Black's writing is both contemporary and classic; her world is, at this point, intensely well-realized, so that some plot twists seem almost inevitable.-- "Kirkus, starred review "

*A rare second volume that surpasses the first, with, happily, more intrigue and passion still to come.-- "Booklist, starred review " --This text refers to the audioCD edition.

Holly Black is the #1 New York Times bestselling author of over thirty fantasy novels for kids and teens. She has been a finalist for an Eisner and a Lodestar Award, and the recipient of the Mythopoeic Award, a Nebula, and a Newbery Honor. Her books have been translated into 32 languages worldwide and adapted for film. She currently lives in New England with her husband and son in a house with a secret library.

Caitlin Kelly, an Earphones Award-winning narrator, is a seasoned voice-over artist with experience in Japan and the United States. She has a BFA in drama and studied musical theater at the Collaborative Arts Project 21, an off-Broadway theater company and musical theater training conservatory. She got started in voice-over work in 2009 while living in Japan where she toured with Disney's World of English and World Family Club as a performer and a puppeteer.

4.4 out of 5 stars
4.4 out of 5
259 global ratings
How are ratings calculated?
To calculate the overall star rating and percentage breakdown by star, we don’t use a simple average. Instead, our system considers things like how recent a review is and if the reviewer bought the item on Amazon. It also analyses reviews to verify trustworthiness.

There are 0 reviews and 13 ratings from Australia

Sarah
5.0 out of 5 stars Loved it
Reviewed in the United Kingdom on 30 November 2020
Verified Purchase
I absolutely loved it, a book of stories of snippets of Carden’s life, to get to be able to understand Carden on a new level. It would be interesting to see Carden and Judes relationship develop further and more snippets of the story through Cardens eyes.
Read more
Report abuse

Jaycee
3.0 out of 5 stars Strange book- not quite what I expected
Reviewed in the United Kingdom on 24 November 2020
Verified Purchase
Loved the drawings. Beautiful character sketches, but probably too many leaves and trees to suit my taste.
Based on the books I’d already read and loved, the “moral story” repeats seemed incongruous . Perhaps to reveal the changes in the personality of the Prince?
Personally,I would have preferred a ‘comic book’ version of the original books to buy.
Price exhorbitant for the quantity of an e-book this size!
Read more
Report abuse

Amazon Customer
5.0 out of 5 stars Great
Reviewed in the United Kingdom on 25 November 2020
Verified Purchase
Good price and prompt delivery.

I was told in an email after I ordered that it would ship a week after release but it still came on release day.
Read more
Report abuse

Arriane
3.0 out of 5 stars Not worth the price on Kindle
Reviewed in the United Kingdom on 25 November 2020
Verified Purchase
There isnt much story here, more like a series of scenes, compiled into a novella. The illustrations are rather pretty, so perhaps this works better as a tangible book.
Read more
Report abuse
See all reviews
Get FREE delivery with Amazon Prime
Prime members enjoy FREE Delivery and exclusive access to movies, TV shows, music, Kindle e-books, Twitch Prime, and more.
> Get Started
Back to top
Get to Know Us
Make Money with Us
Let Us Help You
And don't forget:
© 1996-2020, Amazon.com, Inc. or its affiliates