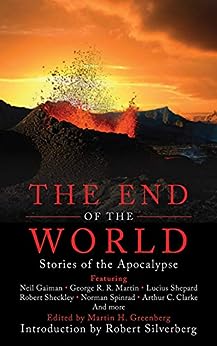 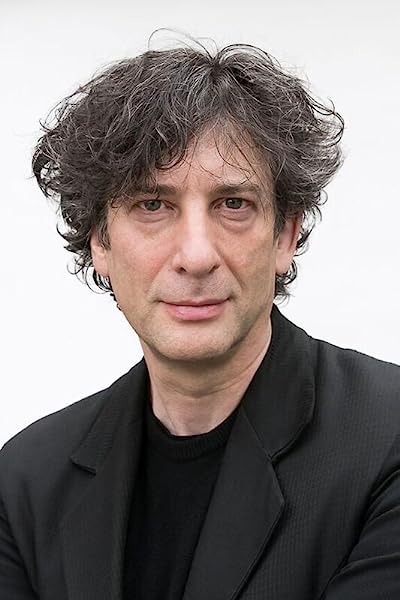 The End of the World: Stories of the Apocalypse Kindle Edition

Starred Review. Even longtime SF fans who know many of these classic stories will be thrilled to have them all in one place, a moving and powerful reminder of humanity's capacity for self-destruction and powerful will to survive. --This text refers to an alternate kindle_edition edition.

Martin H. Greenberg has been called “the best anthologist since Ellery Queen.” He’s the most prolific anthologist in publishing history and recipient of the Ellery Queen Award for life achievement in editing from the Mystery Guild of America. He is also one of the editors of Vampire Stories by Sir Arthur Conan Doyle. He lives in Green Bay, Wisconsin. --This text refers to an alternate kindle_edition edition.

3.9 out of 5 stars
3.9 out of 5
243 global ratings
How are ratings calculated?
To calculate the overall star rating and percentage breakdown by star, we don’t use a simple average. Instead, our system considers things like how recent a review is and if the reviewer bought the item on Amazon. It also analyses reviews to verify trustworthiness.

Sandy00oz
4.0 out of 5 stars Interesting and terrifying
Reviewed in Australia on 18 May 2020
Verified Purchase
I found this accumulated collection of stories to be mind bending and they had me thinking that I’m glad to be living in my time in spite of the less than perfect conditions we are living through. Better the devil..... I took away one star because some of the tales were a bit too cryptic to understand them. I was frustrated on more than one occasion because I just didn’t get it. Others were frightening and could very well happen in the future. I wonder how these stories came to the minds of the authors. Their imaginative tales cast their spell, as I could “see” their stories of a possible future in some. The last story about time travel is amazing, but it left me feeling sad and yearning for a better future than what it paints. However, fascinating it is.
All in all I found this collection of stories be well put together and I recommend it to anyone who is a science fiction/horror fan. 👍👍

Lazy Dai
TOP 500 REVIEWER
3.0 out of 5 stars Some good stuff but much of it is dated
Reviewed in Australia on 5 August 2020
Verified Purchase
This is a mixed bag of stories, and ‘the end of the world’ is not how I’d describe all of them by any means. TEOTW is not a dominant theme in modern sci-fi and many of them are showing their age as they were written in the Cold War period – nuclear annihilation (or fear of) is a common thread running through many of them. While some of them are good and (showing my own age LOL) I enjoyed re-reading others like Norman Spinrad’s take on the Four Horsemen appearing as a rock band, I wouldn’t really recommend it except maybe as a nostalgia trip for older readers.
Read more
One person found this helpful
Helpful
Report abuse

Jon Morgan
4.0 out of 5 stars Apocalyptic tales
Reviewed in Australia on 17 May 2017
Verified Purchase
A good collection of apocalyptic stories. It can get a bit bleak reading them one after another, but there is plenty of variety to them. I particularly liked Neil Gaiman's "We can get them for you wholesale" and Poul Anderson's "Flight to Forever".
Read more
2 people found this helpful
Helpful
Report abuse

GarP
5.0 out of 5 stars Great read!
Reviewed in Australia on 24 October 2019
Verified Purchase
Loved all of the short stories. Interesting and a little mind expanding into many views!
Read more
Helpful
Report abuse

Debbie Kimlin
4.0 out of 5 stars Wonderful
Reviewed in Australia on 10 September 2016
Verified Purchase
For all those who enjoy what ifs and time travel and the many possibilities for the end of world, a great read.
Read more
Helpful
Report abuse
See all reviews

Mondoro
3.0 out of 5 stars The world ends....
Reviewed in the United Kingdom on 23 November 2013
Verified Purchase
As the stark title of this collection promises, readers are offered here a rather downbeat anthology of various apocalyptic scenarios and the attempts of survivors - if any - to recover and start afresh amidst the ruins. Many echo the fears of the Cold war era when most were written, with nuclear conflict as the tipping point. By way of contrast, one story, Nancy Kress's 'By Fools Like Me', reflects more modern anxieties about global warming, and tells the tale of three generations of women in a family trying to cope in a hostile environment of dust- and lightning storms.

Robert Silverberg has provided a useful introductory review of apocalypse literature from the early nineteenth century onwards, after which the stories that follow in this collection are arranged thematically, ending up in the novella-length space romance of Poul Anderson's time traveller, going beyond the end of this universe to return home to his wife in the next, several billions of years later. Dating from 1950, it brings something of the swagger of John Carter into what is otherwise a rather dour collection.

The quality of the stories chosen varies. The editor has selected some well-tried classics by Clarke and John Wyndham, though the star of the collection is Robert Sheckley's 'Store of the Worlds', which advances the proposition that alternative universes may well be worse than ours. Others start well, but lose their way, or simply make no impression on the reader. My kindle version has a formatting error at the start of 'The Underworlder', and there were far too many split words which again suggests formatting problems. Some of these stories, especially those towards the end of the collection, are difficult to locate in the table of contents. So a rather mixed response generally.
Read more
11 people found this helpful
Report abuse

Kindle Customer
4.0 out of 5 stars 😊
Reviewed in the United Kingdom on 3 September 2019
Verified Purchase
A solid set of short stories based around the end of the world. Time travel and books being bad seem to be the running topic, enjoyed more than I disliked which were only a couple so more good in the book than anything else 😊.
Read more
Report abuse

Woodcutterfrog
3.0 out of 5 stars Okay but.......
Reviewed in the United Kingdom on 17 August 2016
Verified Purchase
A mixed bag of stories, as is to be expected in any such collection. Some good, some not so good or just plain indifferent. Despite the rather (in my opinion) over-hyped claims made in the book's description, this collection failed to enthuse me either with content or sufficient quality.
Read more
Report abuse

Robert Stubbs 01
3.0 out of 5 stars A mixed bag of stories ...
Reviewed in the United Kingdom on 26 November 2015
Verified Purchase
A mixed bag of stories - ranging from an Arthur C Clarke 'classic' to some unknown (to me) but interesting stories. Some better than others, hence I have only awarded three stars.
Read more
Report abuse
See all reviews
Back to top
Get to Know Us
Make Money with Us
Let Us Help You
And don't forget:
© 1996-2021, Amazon.com, Inc. or its affiliates