Temporarily out of stock.
Order now and we'll deliver when available. We'll e-mail you with an estimated delivery date as soon as we have more information. Your account will only be charged when we ship the item.
Delivery Rates and Return policy
Added
Not added
Add to Cart
$41.98
& FREE Delivery
Sold by: BuyGlobal
Sold by: BuyGlobal 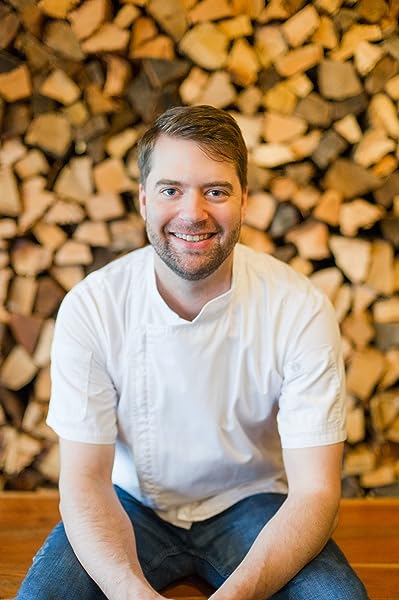 by Mark Driskill (Author)
4.5 out of 5 stars 311 ratings
See all formats and editions
Sorry, there was a problem loading this page. Try again.
Great on Kindle
Great Experience. Great Value.

Putting our best book forward
Each Great on Kindle book offers a great reading experience, at a better value than print to keep your wallet happy.

Explore your book, then jump right back to where you left off with Page Flip.

View high quality images that let you zoom in to take a closer look.

Enjoy features only possible in digital – start reading right away, carry your library with you, adjust the font, create shareable notes and highlights, and more.

Discover additional details about the events, people, and places in your book, with Wikipedia integration.

View the Kindle edition of this book
Get the free Kindle app:

Enjoy a great reading experience when you buy the Kindle edition of this book. Learn more about Great on Kindle, available in select categories.
View Kindle Edition

Add flair and elevate your culinary creations with sensational sauces

Sauces are fun ways to finish dishes with originality and exciting cultural variations. From vinaigrettes to barbeque to curries and even dessert finishings, The Essential Homemade Sauces Cookbook is filled with blends based on cream, eggs, herbs, tomatoes, and much more. Learn how each base ingredient works to create sauces with equally delicious and specific purposes.

From Classic Marinara to Chile-Rubbed Hanger Steak with Classic Chimichurri, each sauce family begins with a basic version before branching out into more unique and interestingly delectable derivatives. Use the pairing charts to learn ideal matches with beef, chicken, lamb--even tofu! As you try each homemade sauce, your familiarity and confidence for sauce making will increase as well. It's time to get saucy!

Learn how accenting flavors elevates meals and expands your options!

Total Price:
To see our price, add these items to your cart.
Some of these items dispatch sooner than the others.
Show details Hide details
Choose items to buy together.

"There are few cooks who are as steeped in tradition and formal training as Mark Driskill yet remain instinctively tuned in to making food that is above all else soulful, satisfying, and undeniably delicious. Mark's balance of technique, good instincts, and raw talent is a rare find in the modern culinary landscape." --Mauricio Papapietro, Chef and Owner, Brick & Tin Restaurant

"Sauces can be intimidating, but Mark makes them simple and delicious. I love that you can use this book every day, from dressing up a simple salad at lunchtime to slathering your barbecue ribs. This is a cookbook to keep on your kitchen shelf within easy reach." --Marti Buckley, author of Basque Country

"Mark Driskill's Essential Homemade Sauces Cookbook removes any fear from cooking complex food. These recipes are approachable and do not require using every pot and pan in the kitchen. A diverse range is included--from traditional French classics to intensely flavored sauces from south of the border and Southeast Asia. The flavorful sauces in this book will become go-to standards when cooking for family and friends." --Frank Stitt, Executive Chef and Owner, Highlands Bar & Grill, Bottega and Chez Fonfon

Mark Driskill went to culinary school at Johnson & Wales in Charlotte, North Carolina. After school he quickly worked his way through the ranks from sous chef, to lead butcher, and eventually to head chef. Most recently Mark became the coordinator of Time Inc.'s food studios. While there, Mark developed recipes for publications such as Southern Living, Coastal Living, Food & Wine, and People.

Start reading Essential Homemade Sauces Cookbook on your Kindle in under a minute.

Mark Driskill went to culinary school at Johnson &amp; Whales in Charlotte, North Carolina. After school he returned to his native Alabama to work at Frank Stitt's Highland's Bar and Grill. Beginning in the pastry kitchen, he quickly worked his way through the ranks to sous chef, lead butcher, and eventually lead grill cook. Chef Driskill continued this invaluable experience of working under Frank Stitt by coming on as the head chef and kitchen manager of Bottega Cafe at the early age of 26. A relationship with Mauricio Papapietro welcomed Chef Driskill on as the head chef of the launch team of Brick &amp; Tin in Mountain Brook, Alabama. Papapietro's mentorship and friendship was instrumental to Chef Driskill as he started a new restaurant.

Following his time with Papapietro, Chef Driskill accepted a position with Time Inc. as the coordinator of their food studios. While there, he developed recipes for publications such as Southern Living, Coastal Living, Food &amp; Wine, People, Health, Real Simple, and MyRecipes. He has contributed to numerous cookbooks as well as provided the food styling in magazines of several Fortune 500 companies. Mark and his wife, Ashley, now own Ash Neighborhood Bar &amp; Grill in Homewood, Alabama. They have three children: Henry, James, and Catherine.

4.5 out of 5 stars
4.5 out of 5
311 global ratings
How are ratings calculated?
To calculate the overall star rating and percentage breakdown by star, we don’t use a simple average. Instead, our system considers things like how recent a review is and if the reviewer bought the item on Amazon. It also analyses reviews to verify trustworthiness.

gary57
4.0 out of 5 stars Basic cookery book
Reviewed in the United Kingdom on 12 September 2021
Verified Purchase
This is a basic guide that's simple to use and understand
Read more
Report abuse

Kindle Customer
1.0 out of 5 stars Not what I expected.
Reviewed in the United States on 14 March 2021
Verified Purchase
The content seemed more about recipes with sauces than recipes FOR sauces.
Read more
17 people found this helpful
Report abuse

Amazon Customer
5.0 out of 5 stars Most useful cookbook in the kitchen
Reviewed in the United States on 10 July 2020
Verified Purchase
While I've only had a chance to make a few of these so far, they have each been easy and elevated the meal to a different standard. The SOS tips are particularly interesting and helpful (i.e greening up chimichirri) Awesome job Mark! So far I have used this book to supplement meals I'd already planned, but each has been so good that I'm looking forward to planning meals around some of the sauces and recipes I haven't tried.
Read more

5.0 out of 5 stars Most useful cookbook in the kitchen
Reviewed in the United States on 10 July 2020
While I've only had a chance to make a few of these so far, they have each been easy and elevated the meal to a different standard. The SOS tips are particularly interesting and helpful (i.e greening up chimichirri) Awesome job Mark! So far I have used this book to supplement meals I'd already planned, but each has been so good that I'm looking forward to planning meals around some of the sauces and recipes I haven't tried.
Images in this review

E L.
5.0 out of 5 stars Demystifies sauces
Reviewed in the United States on 26 August 2020
Verified Purchase
The book pairs sauces with foods at the beginning and then sorts out the sauces by category. I've made the marinara sauce and it's now my standard for spaghetti/lasagna. The béchamel and mornay sauces look delicious. I love this book!
Read more
14 people found this helpful
Report abuse

SHANA
5.0 out of 5 stars Great cookbook
Reviewed in the United States on 7 July 2020
Verified Purchase
Full of great sauce recipes and the full recipes to go along with the sauces. Seems simple enough for me to do - no super crazy ingredients you can’t find at a store.
Read more
14 people found this helpful
Report abuse
See all reviews