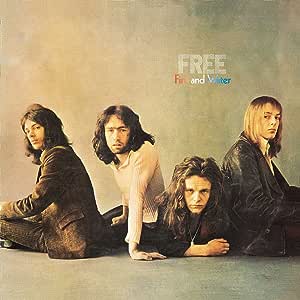 Share
Temporarily out of stock.
Order now and we'll deliver when available. We'll e-mail you with an estimated delivery date as soon as we have more information. Your account will only be charged when we ship the item.
Quantity:1
Add to Cart
Buy Now

Secure transaction
Your transaction is secure
We work hard to protect your security and privacy. Our payment security system encrypts your information during transmission. We don’t share your credit card details with third-party sellers, and we don’t sell your information to others. Learn more
Details
Ships from
Amazon AU
Sold by
Amazon AU
New (11) from
$11.47 + $3.00 Delivery

4.8 out of 5 stars
4.8 out of 5
297 global ratings
How are ratings calculated?
To calculate the overall star rating and percentage breakdown by star, we don’t use a simple average. Instead, our system considers things like how recent a review is and if the reviewer bought the item on Amazon. It also analyses reviews to verify trustworthiness.

Derek Clacton
5.0 out of 5 stars Free - at last ... ! (2001 remastered Expanded CD)
Reviewed in the United Kingdom on 21 February 2020
Verified Purchase
Sure I knew (and loved) "All Right Now" but somehow I just never 'got' Free - this despite there being no better blues-rock-soul singer than Paul Rodgers.  Yes, Paul Kossoff had the quickest vibrato this side of BB King.  Yes, Andy Fraser was a prodigy.  Yes, Simon Kirke provided the perfect back beat.   Yes, it all came together seamlessly.  But for some reason, I just didn't get it.  Then something strange happened.  Perusing the YouTuba as usual, watching/listening to various musical diversions, a live version of "Mr Big" kept on appearing as a thumbscrew.  It wasn't a song I knew (it isn't on the Free compilation I have - and had kept listening to occasionally over the years because I knew there had to be something I was missing ... ).  Anyhow, "Mr Big" wouldn't disappear and had been hanging around for weeks and one night I 'clicked'.  Wow.  I was speechless.  Free at the Isle of White Festival.  From the opening riff and chord I was totally hooked and the song just got better as it built.  Having been a music fan for over 40 years, never before have I become so absorbed - well, obsessed actually - with a song.  I can't get enough.  Fire and Water has the studio "Mr Big", so immediately became my first Free (original) album and magnificent it is too.  Where will it all end?  I'm not sure but I'm up for the ride.  At (long) last, I'm starting to get it now ...

Having started my journey into the land of Free with the 2016 reissue of the original album, I couldn't resist the 2001 expanded edition with 6 extra tracks.  Having reviewed the 2016 remaster separately, I'll just comment here on the extras.  "Oh I Wept" has an alternative vocal and "Fire And Water" is said to be a new stereo mix.  There's a bit more to it than that though - it's nearly half a minute longer than the album version.  Other than the extended drum ending to that number, I don't notice much difference from the album versions.  There are 2 BBC sessions recorded for radio broadcast - "Fire And Water" is complete with DJ intro and outro and "All Right Now" is a great take.  Then we get 2 more versions of "All Right Now" - the familiar edited single version is great to have included and it's interesting to hear how the song developed from the first version - the 4 versions here show how Paul Kossoff would never play his solos the same way twice.  He played from his heart, not his head.  A true blues man.

The 8 page booklet is well written and presented, with band photos, record sleeves, recording details and essay (much better than the 2016 booklet).  Fire and Water is a 5* + album and this expanded edition is a cracker.  The only problem for me is that I've seen there is a Deluxe 2 CD edition which includes more versions of "Mr Big" and "All Right Now" ... that's going to be irresistible!
Read more
Report abuse

C. Russell
5.0 out of 5 stars Great album
Reviewed in the United Kingdom on 12 October 2020
Verified Purchase
Paul Rodgers vocals and Paul Kosoff’s vastly underrated guitar give Free a freshness which is still evident today. The title track and Mr Big are the huge stand-outs closely followed by the long version of Allright Now.

I bought this after my original copy died! I’d almost forgotten how good this band were. In my humble opinion this is one of the few albums from that era that still stands on its merits
Read more
Report abuse

Victor
5.0 out of 5 stars Fire and Water, Free (2001 Island Remaster) - Crowning achievement of this classic British Rock band
Reviewed in the United Kingdom on 8 April 2010
Verified Purchase
Free came out of the blocks with an impressive debut album, Tons of Sobs, and quickly followed up with the quality Free, but it was their third album, Fire and Water, that was their crowning glory.

The band were at the height of their creative powers. The writing was strong, the rhythm section of Fraser and Kirke was the best around, Kossoff's guitar work was at it's peak and Rodgers vocals are powerful and sublime.

One of the things that set the band, and this album apart was that Fraser, the Bassist wrote many of the tracks. Seemingly as a result, the basslines are prominent and inventive. I love this aspect of their work. Kossoff was a regular guitar god in the Hendrix mould, but he knew when to be restrained and when to let lose, so there is no feeling of overblown self indulgence, just classic rock music. And Paul Rodgers voice was (and still is) the best in the business.

There is track after classic track on this album. Personally I do not think there is a weak moment, it has to be one of their most consistent works. From the opener of `Fire and Water' (so good it was covered by Wilson Pickett and Tom Jones!) through to the album closer, the iconic, the classic, the magnificent `All Right Now', this is consistently good blues rock, with great vocals, driving, insistent and clever basslines, pounding drums and fantastic guitars. Needless to say, I love this album, and recommend anyone to buy it!

This is one of the 2001 Island remaster releases of all Free's albums. The sound has been restored beautifully. It's nowhere near as murky as my old copy, and allows the contribution of each band member to be heard in perfect clarity. There is a set bonus material - alternate takes, BBC sessions and a stereo mix of `All Right Now'. These are interesting, but probably more of interest to the completist. In fact there are so many versions of `All Right Now' it becomes a little tedious after a while. There is an interesting essay about the band, which really adds to the set. As an added bonus, if you collect all the discs in the set the spines form a picture.
Read more
17 people found this helpful
Report abuse

I had the original vinyl LP back in the early 70s but unfortunately it became unplayable after extensive use. I have the original CD copy, which I have used for years but always considered it lack the sound quality of the vinyl version. Purchased the excellent remastered, Deluxe CD version last year. This is a vast improvement in sound quality vs the original CD.

I recently found the vinyl version had been released again by Island records as part of the `Back to Black Vinyl ` series which includes a free MP3 down load, which I have still not manage to down-load successfully. Not really a big issue when you have the vinyl copy.

This special edition vinyl contains the original seven LP tracks from 1970 on 180g vinyl (this copy weighs 186g). The quality of this pressing is absolutely excellent and Island records have done a fantastic job. Surface noise is minimal and the record is perfectly flat across the whole surface (not always the case even with 200g pressings). The record was factory sealed on arrival. The inner sleeve is my favourite paper with antistatic film with vents in the bottom corners to optimise the release of the vinyl reducing the risk of scratching the disc.

The record sounds so fresh and alive. The stereo separation is perfect and the bass and drums really stand out. It highlights that Andy Fraser and Simon Kirke made such an important contribution to the Free sound. The bass playing on `Mr Big' is unbelievable and it is disappointing that the track comes to an end The drumming on Fire and Water, Heavy Load and of course All Right Now are really some of the many highlights of this album. Lets not forget the consistently soulful, magic vocals of Paul Rogers and the intense guitar work of Paul Kossoff, true brilliance. Also like the use of the piano on Heavy Load, it really adds a special atmosphere to the track.

I am really glad that only the original seven tracks are on this single album. They have resisted the temptation to cram in extra tracks on a single album, which from my experience results in a loss in sound quality. In my view this is an excellent purchase as it captures the great sound quality of a major classic rock album played by a very talent group of musicians.
Read more
19 people found this helpful
Report abuse

BigE
4.0 out of 5 stars It is indeed... alright now - at least with this album anyways
Reviewed in the United Kingdom on 5 November 2019
Verified Purchase
Sometimes added extras tracks do not make for a better deal - going for just the original tracks is sometimes best and this has the right gear on board - all good stuff
Read more
2 people found this helpful
Report abuse
See all reviews
Back to top
Get to Know Us
Make Money with Us
Let Us Help You
And don't forget:
© 1996-2021, Amazon.com, Inc. or its affiliates