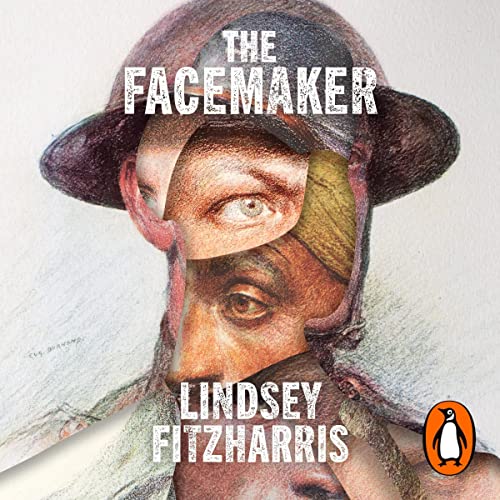 The Facemaker: One Surgeon's Battle to Mend the Disfigured Soldiers of World War I

From the moment the first machine gun rang out over the Western Front, one thing was clear: mankind's military technology had wildly surpassed its medical capabilities. The war caused carnage on an industrial scale and the nature of trench warfare meant that thousands sustained facial injuries. In The Facemaker, award-winning historian Lindsey Fitzharris tells the true story of the pioneering plastic surgeon Harold Gillies, who dedicated himself to restoring the faces of a brutalised generation.

Gillies, a Cambridge-educated New Zealander, established one of the world's first hospitals dedicated entirely to facial reconstruction. At a time when losing a limb made a soldier a hero but losing a face made him a monster to a society largely intolerant of facial differences, Gillies restored not just faces, but identities and spirits.

The Facemaker places Gillies's ingenious surgical innovations alongside the dramatic stories of soldiers whose lives were wrecked and repaired. The result is a vivid account of how medicine and art can merge and of what courage and imagination can accomplish in the presence of relentless horror.

Read more
©2022 Lindsey Fitzharris (P)2022 Penguin Audio
Previous page
Next page
Learn more about membership
By completing your purchase, you agree to Audible’s Conditions Of Use and Privacy Notice.
Sold and delivered by Audible, an Amazon company

4.8 out of 5 stars
4.8 out of 5
92 global ratings
How are ratings calculated?
To calculate the overall star rating and percentage breakdown by star, we don’t use a simple average. Instead, our system considers things like how recent a review is and if the reviewer bought the item on Amazon. It also analyses reviews to verify trustworthiness.

Amazon Customer
5.0 out of 5 stars Masterpiece
Reviewed in the United Kingdom on 12 June 2022
Verified Purchase
Deeply informative and sensitively approached book about a subject that doesn't get nearly enough attention. Would highly recommend to anyone with an interest in history, medicine or just sheer human resilience. Really brought its subjects to life. I got through it in a couple of days and only wish there was another one!
Read more
2 people found this helpful
Report abuse

Amazon Customer
5.0 out of 5 stars Fabulous
Reviewed in the United Kingdom on 10 June 2022
Verified Purchase
Another excellent book by this wonderful author best books around I love her books this being the latest. As of writing haven't read all but know anesthesia and more details of how operatings theatres develope will be revealed.
Read more
Report abuse

audra bennett
5.0 out of 5 stars Amazing
Reviewed in the United Kingdom on 21 June 2022
Verified Purchase
Had to wait to the next day for it to come bur came so.made up with it
Read more
Report abuse

Steven Bradley
5.0 out of 5 stars Fitzharris does it again.
Reviewed in the United States on 18 June 2022
Verified Purchase
Anyone that read her debut is well aware of the author's ability to take a subject from history and retell stories of their life in an engaging manner that forces a reader to continue turning the page. That is absolutely the case with this new offering. So engaging in fact that I read the entirety of the book cover to cover in under a day. Whether you have an interest in WW1, Medical History or merely just interesting stories then this is a must read.
Read more
3 people found this helpful
Report abuse

Debbie
5.0 out of 5 stars As gripping as it gets for nonfiction
Reviewed in the United States on 9 June 2022
Verified Purchase
I read this book in a single sitting. It was gripping and suspenseful, like a novel. Highly recommend.
Read more
6 people found this helpful
Report abuse
See all reviews