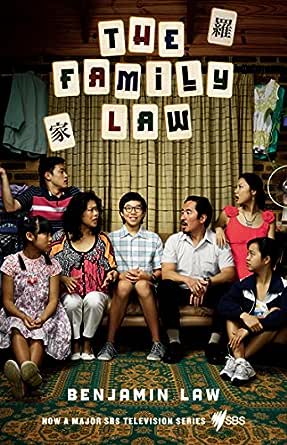 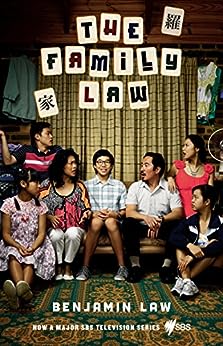 Releases January 7, 2021. Pre-order The Fast 800 Easy now with Pre-order Price Guarantee.
If the Amazon.com.au price decreases between your order time and the end of the day of the release date, you'll receive the lowest price. Order now

Hilarious and moving,The Family Lawis a linked series of tales from a beloved Australian writer.
--This text refers to the paperback edition.

Authors Bio, not available --This text refers to the paperback edition.

Happy Storyteller
5.0 out of 5 stars The Family Law - great read
Reviewed in Australia on 27 May 2020
Verified Purchase
Loved this book. Warm and witty. Being a Queenslander, too, there were so many shared cultural references. Not that you would need to be a Queenslander to enjoy this book, mind. May help you come to terms with some of our quirks, though.
Read more
Helpful
Comment Report abuse

Sydney1981
TOP 1000 REVIEWER
4.0 out of 5 stars A great read!
Reviewed in Australia on 10 January 2016
Verified Purchase
I really enjoyed this book from Benjamin Law. The book is full of quirky short-essays (of sorts) about growing up Asian in Australia - but it's much more than this. Funny, insightful, thought-provoking. A great read!
Read more
4 people found this helpful
Helpful
Comment Report abuse

Kindle Customer
5.0 out of 5 stars Hilarious
Reviewed in Australia on 8 May 2019
Verified Purchase
This book was excellent, easy to read and funny ! It’s easy to relate to no matter what your cultural background.
Read more
Helpful
Comment Report abuse

Spongerina
3.0 out of 5 stars Three Stars
Reviewed in Australia on 4 May 2017
Verified Purchase
Many, many laughs to be had. Also the right balance of sentimentality.
Read more
Helpful
Comment Report abuse

Mel
5.0 out of 5 stars Hilarious
Reviewed in Australia on 27 December 2019
Fantastic book couldn’t put it down. Growing up in Australia as a gay man from a CALD background is retold in a hilarious and incredibly insightful way. Loved it
Read more
Helpful
Comment Report abuse

KK
5.0 out of 5 stars Hilarious
Reviewed in Australia on 24 October 2020
Too many books claim to be laugh out loud funny, this one really is. And genuine, heartfelt and enjoyable. Thanks you Benjamin Law (and family, especially Jenny!)
Read more
Helpful
Comment Report abuse
See all reviews

JOOC
5.0 out of 5 stars Hilarious!
Reviewed in the United Kingdom on 22 September 2015
Verified Purchase
Hilarious, witty and at parts I thought I'd wet myself from the all the laughter! All I need to complete my life is to meet the authors mother. Highly recommended.
Read more
Report abuse

The Echidna and the Fox
3.0 out of 5 stars A Funny Way to Write a Memoir
Reviewed in the United States on 5 July 2012
Verified Purchase
Benjamin Law's book is a memoir, written as a series of self-contained essays, each on a particular aspect of the Law family. It feels as if the essays have been thrown up in the air and included in the book in the order in which they fell, but this actually works, due to the strength of the characters - Benjamin, his siblings, their father, and especially their mother, Jenny - and to Law's ability to craft hilarious stories and write about tricky subjects with a light touch.

Each essay looks at the family from a slightly different angle so that, as I laughed at the goings-on, I got to know the family better (especially Jenny and Benjamin) and increasingly felt real affection for them. Law's main theme is coming of age as gay and Asian on the Sunshine Coast, and his descriptions of this are both funny and moving. Other themes include adapting to a new country and culture, divorce and the often absent workaholic father, violence at school, attitudes to nursing homes, and the time many of his extended family were rounded up as illegal immigrants.

The focus is on telling good stories with humour, rather than on treating issues at depth, and this sometimes produces witty but glib statements such as: "Every marriage begins with passive aggression, but couples soon learn that being passive requires effort. It's easier to be openly hostile."

A funny way to write a memoir, but (mostly) it works. And I suspect that more substantial books from Benjamin Law may be on the way.

Terese Stockdale
4.0 out of 5 stars Funny light read
Reviewed in the United States on 31 December 2017
Verified Purchase
Brilliant book describing Ben's life growing up in a chinese family. He also touches on what it was like to be gay.

I loved his humour and he is a brilliant story teller. I could relate to this book being a Queenslander and the same generation
Read more
Report abuse

Juju
5.0 out of 5 stars I'm glad I did
Reviewed in the United States on 1 April 2016
Verified Purchase
I bought this book after discovering the Australian comedy show based on it, I'm glad I did! It's a very fun read and entertaining.
Read more
Report abuse
See all reviews
Get FREE delivery with Amazon Prime
Prime members enjoy FREE Delivery and exclusive access to movies, TV shows, music, Kindle e-books, Twitch Prime, and more.
> Get Started
Back to top
Get to Know Us
Make Money with Us
Let Us Help You
And don't forget:
© 1996-2020, Amazon.com, Inc. or its affiliates