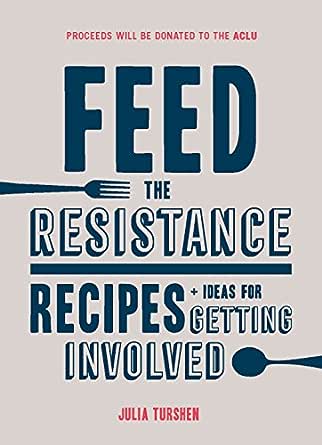 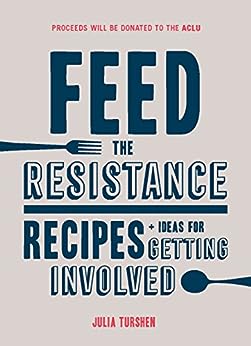 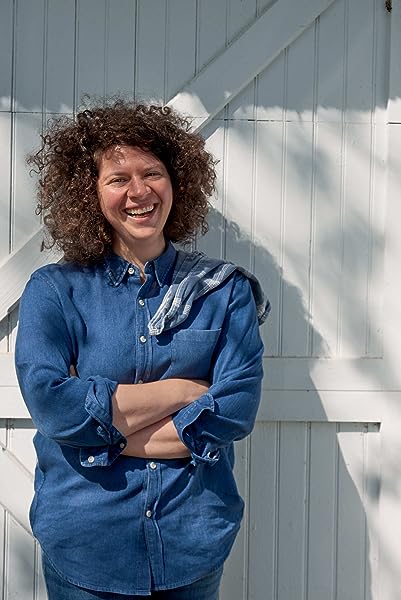 Feed the Resistance: Recipes + Ideas for Getting Involved Kindle Edition

"As a food writer, you're often told to 'stick to food.' Julia Turshen knows better. She knows that food *is* politics, from the diverse array of people who cook it to those who work so hard grow it. And if you want to get optimistic about it-and hey, why not?-it's the one thing that unites us all."-Adam Rapoport, Editor in Chief, Bon Appétit

"Julia Turshen is my 'shero.' In Feed the Resistance, she gives us a manifesto for food activism. From essays by fellow food fighters like Bryant Terry, Caleb Zigas, and Shakirah Simley to a resource list for novices to recipes that can feed small gatherings or multitudes, she blazes a trail for those who want to use food to create change. If that weren't enough, all profits go to the ACLU. Buy this book and begin your own food journey."-Dr. Jessica B. Harris, Culinary Historian and Author, My Soul Looks Back

"What an incredible reminder of the power of food to bring people together. This book will inspire you, will make you want to talk, to listen, and to act. It will also make you very hungry."-Abbi Jacobson, Co-creator and Co-star, Broad City

"What can you do? Cook for your community and yourself.Simple food-honestly sourced and lovingly made-creates connections, gives fuel to the fight, starves ignorance and apathy. Where to start? With a spoon and a pot and this inspiring, instructive book."-Adam Sachs, Editor in Chief, Saveur --This text refers to the hardcover edition.

Julia Turshen is the bestselling author of Feed the Resistance, named the Best Cookbook of 2017 by Eater, and Small Victories, named one of the Best Cookbooks of 2016 by The New York Times and NPR. She has coauthored numerous cookbooks including It's All Good with Gwyneth Paltrow, and hosted the first two seasons of Radio Cherry Bombe. She has written for The New York Times, The Washington Post, The Wall Street Journal, Vogue, T Magazine, Bon Appétit, Food & Wine, Saveur, and SELF. Epicurious has called her one of the 100 Greatest Home Cooks of All Time. Julia lives in the Hudson Valley with her wife and pets. --This text refers to the hardcover edition.

4.6 out of 5 stars
4.6 out of 5
55 global ratings
How are ratings calculated?
To calculate the overall star rating and percentage breakdown by star, we don’t use a simple average. Instead, our system considers things like how recent a review is and if the reviewer bought the item on Amazon. It also analyses reviews to verify trustworthiness.

Bee
1.0 out of 5 stars Terrible
Reviewed in the United Kingdom on 3 June 2018
Verified Purchase
Terrible and a complete waste of money.
Read more
One person found this helpful
Report abuse

Amazon Customer
5.0 out of 5 stars great little book
Reviewed in Canada on 19 January 2018
Verified Purchase
great little book. The kind you read and re-read after a while. Very inspiring, like everything Julia Turshen has done so far.
Read more
Report abuse
See all reviews
Get FREE delivery with Amazon Prime
Prime members enjoy FREE Delivery and exclusive access to movies, TV shows, music, Kindle e-books, Twitch Prime, and more.
> Get Started
Back to top
Get to Know Us
Make Money with Us
Let Us Help You
And don't forget:
© 1996-2020, Amazon.com, Inc. or its affiliates