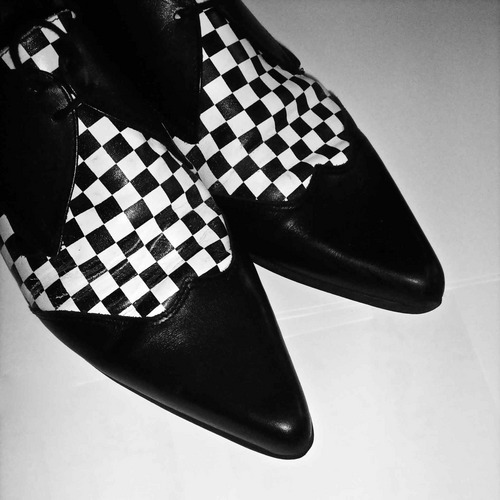 West Berlin, 1980. A group of workmen uncover a shocking secret from the past. Buried deep underground are the remains of Wehrmacht soldier, Hans Schmitt, and his diary, which journals his eerie encounter with the Romanian Captain Constanta and his platoon of blood-sucking freaks! Back in 1943, with the Russians willing to fight until their last man in order to defend Stalingrad, Panzergrenadier Richter discovers Constanta’s secret and learns than sometimes your allies can be just as dangerous as the enemy!

One of the most prolific writers in the comic’s history, Gerry Finley-Day holds a special place in many 2000 AD fans’ hearts as the creator of classics like Rogue Trooper, Fiends of the Eastern Front and The V.C.s, as well as Harry 20 on the High Rock and Ant Wars.

A keen “ideas man”, Finley-Day’s concepts of the horrors future warfare had in store were key to both Rogue and The V.C.s’ continuing popularity, ensuring that their recent return to the Galaxy’s Greatest Comic was well-received.

Finley-Day also scripted episodes of Judge Dredd and Dan Dare, and co-scripted much of Invasion! (and entirely scripted the prequel story, ‘Disaster 1990!’).

David Bishop is a respected author and Editor. Formerly the editor of UK comic 2000 AD, Bishop has written many successful novels and comic stories.

Carlos Ezquerra was the co-creator of Judge Dredd, Strontium Dog, Rat Pack, Major Eazy and many other fan favourite characters, he designed the classic original Dredd costume as well as visually conceptualising Mega-City One. In addition to these credits he also illustrated A.B.C. Warriors, Judge Anderson, Tharg the Mighty, and Cursed Earth Koburn amongst many other stories. Outside of the ‘Galaxy’s Greatest Comic’, Ezquerra illustrated the first Third World War episodes in Crisis magazine, and become a regular collaborator with Garth Ennis, working on Adventures in the Rifle Brigade, Bloody Mary, Just a Pilgrim, Condors, The Magnificent Kevin and two special Preacher episodes. He died in 2018 but his profound influence on the world of comic art cannot be overstated.

Since joining 2000 AD in 1986 Colin MacNeil has worked on many strips, including Chopper: Song of the Surfer and the infamous death of Johnny Alpha in Strontium Dog: The Final Solution. He went on to collaborate with John Wagner on the award-winning America for the Judge Dredd Megazine. He has also worked on Shimura, Maelstrom and Fiends of the Eastern Front: Stalingrad, and, outside of the Galaxy’s Greatest Comic, provided the atmospheric artwork on Bloodquest for Games Workshop. He also enjoys creating large abstract paintings. He says it’s art therapy!
Start reading Fiends of the Eastern Front on your Kindle in under a minute.

David Bishop is the author of twenty published novels, and has written TV dramas and radio plays for the BBC. His non-fiction books include Endeavour: The Complete Inspector Morse, and Thrill-Power Overload, an acclaimed history of iconic British science fiction comic 2000AD, which he edited from 1996-2000. When not writing, he is programme leader for the innovative Creative Writing MA at Edinburgh Napier University in Scotland. He's a member of the Crime Writers' Association and the Society of Authors.

4.5 out of 5 stars
4.5 out of 5
41 global ratings
How are ratings calculated?
To calculate the overall star rating and percentage breakdown by star, we don’t use a simple average. Instead, our system considers things like how recent a review is and if the reviewer bought the item on Amazon. It also analyses reviews to verify trustworthiness.

Marcus Woodhouse
4.0 out of 5 stars Still great
Reviewed in the United Kingdom on 29 September 2021
Verified Purchase
I have waited over 40 years to read it again and I still enjoyed it. My historian head now grates at some of the inaccuracies and then reminds me it isn't meant to be a documentary or a historical novel (that said, I have read some supposedly well researched stories that are lack some of the details.)
Read more
One person found this helpful
Report abuse

ted the head1941
5.0 out of 5 stars it'll soon be dark karl,watch and learn mein friend!
Reviewed in the United Kingdom on 13 November 2019
Verified Purchase
this is one of their finest vampiric series put into print.2000 ad did this series in the 1980's. a gripping tale of eastern folk tales set on the eastern front in ww2.great artwork from the team and plenty of twists and intrique in the story. a great vampire 'comic'
Read more
One person found this helpful
Report abuse

Jennifer
5.0 out of 5 stars Vampires
Reviewed in the United Kingdom on 31 May 2020
Verified Purchase
Anyone who loves a good vampire vs military yarn will love this. Five stars for another timeless comic from the 2000AD archives.
Read more
One person found this helpful
Report abuse

drjonty
4.0 out of 5 stars Vamped up
Reviewed in the United Kingdom on 30 June 2019
Verified Purchase
I love vampires and this is aggression of vampires and the second world war. Beautiful artwork and interesting story lovedit
Read more
2 people found this helpful
Report abuse

david gilleard
3.0 out of 5 stars good but not worth the asking price
Reviewed in the United Kingdom on 4 November 2020
Verified Purchase
I remembered reading this when I was about 10 years old, a long time ago and fancied a trip down memory lane, yes the artwork and story is good but its no where near 112 pages as claimed, more like just over 50 and for a second hand product, not in mint condition the asking price was really steep but I didn't want to wait a year for the paperback edition to be released! overall a disappointing purchase and next time I will look elsewhere for my next fix of comic book nostalgia.
Read more
Report abuse
See all reviews