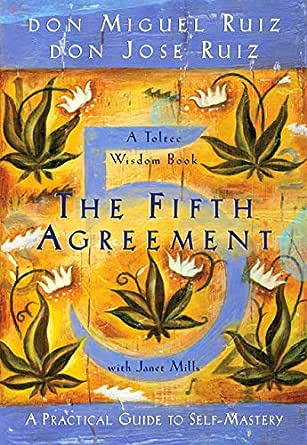 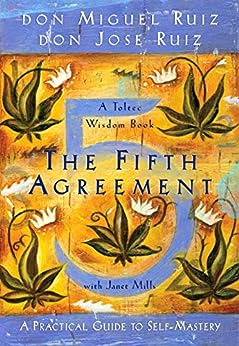 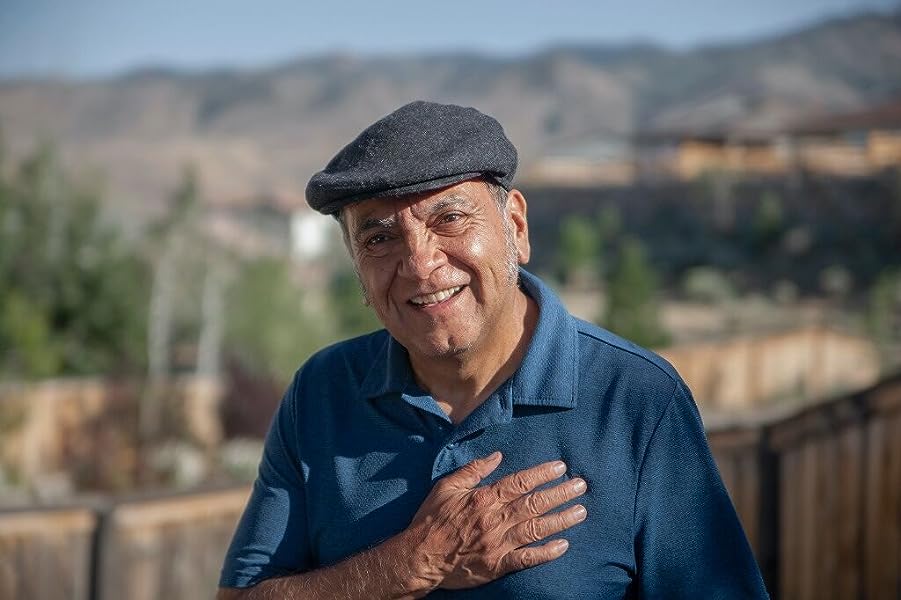 Don Miguel Ruiz is the international bestselling author of The Four Agreements (a New York Times bestseller for over seven years), The Mastery of Love, The Voice of Knowledge, Prayers, and The Fifth Agreement. The teachings of don Miguel Ruiz are best known for transforming complex human issues into simple common sense a talent that has earned him millions of fans, international acclaim, and a vote of approval from Oprah Winfrey. Sales of his Toltec Wisdom Series have soared to nearly 8 million copies in the United States alone, and have been translated into more than 38 languages worldwide.

Don Jose Ruiz grew up in a world where anything was possible. From the moment he could speak, he became an apprentice of his nagual (shaman) father, don Miguel Ruiz, and his curandera (healer) grandmother, Mother Sarita. As a teenager, he traveled to India to study with friends of his father, and at the age of twenty-three, he became the successor to the family lineage. In the tradition of his ancestors, don Jose has dedicated his life to sharing the teachings of the ancient Toltec. For the past ten years, he has been lecturing and leading classes across the United States, and at sacred sites around the world.

Janet Mills is the founder and publisher of Amber-Allen Publishing. She is the editor and coauthor of the Toltec Wisdom Series by don Miguel Ruiz, and the editor of Deepak Chopra s international bestselling title The Seven Spiritual Laws of Success. Her life s mission is to publish books of enduring beauty, integrity, and wisdom, and to inspire others to fulfill their most cherished dreams. --This text refers to an alternate kindle_edition edition.

"In the tradition of Castaneda, Ruiz distills essential Toltec wisdom, expressing with clarity and impeccability what it means for men and women to live as peaceful warriors in the modern world." -- Dan Millman, Author, Way of the Peaceful Warrior --This text refers to an alternate kindle_edition edition.

4.8 out of 5 stars
4.8 out of 5
3,524 global ratings
How are ratings calculated?
To calculate the overall star rating and percentage breakdown by star, we don’t use a simple average. Instead, our system considers things like how recent a review is and if the reviewer bought the item on Amazon. It also analyses reviews to verify trustworthiness.

Amazon Customer
5.0 out of 5 stars Simple, Strong & Soft
Reviewed in Australia on 19 March 2018
Verified Purchase
I liked the simplicity, strength and softness of this book. It spoke directly to me and resonated strongly but did not insist that I believe...it invited me to follow my heart and find my own truth... has already made a difference in my life. Thank you
Read more
One person found this helpful
Helpful
Report abuse

Amazon Customer
3.0 out of 5 stars Spiritual Diary
Reviewed in Australia on 13 October 2016
Verified Purchase
A nice easy read! Great for picking up and reading at the beginning of the day. An introduction into spiritual thinking and makes some good points about how life is but a movie, and everyone's movie is different so why believe anything!
Read more
Helpful
Report abuse

Adam Satori
5.0 out of 5 stars so far, the best in this subject of life
Reviewed in Australia on 2 June 2017
Verified Purchase
life's changing stuff & everyone should have it in his library
Read more
Helpful
Report abuse

Jacqueline, sydney
5.0 out of 5 stars every adult and teenager should read this
Reviewed in Australia on 27 December 2019
Verified Purchase
read this myself 3 times to allow the message to sink it. wonderful
Read more
Helpful
Report abuse
See all reviews

Lobna
5.0 out of 5 stars Amazing book
Reviewed in the United Kingdom on 30 October 2019
Verified Purchase
Amazing book highly recommend I also recommend the one before the fourth agreement, the mastery of love and the mastery of self these books have changed my life completely in a space of few months . Worth investing in your self development and self love .
Read more
10 people found this helpful
Report abuse

Caz
5.0 out of 5 stars Read the four agreement, but the fifth ties it up and sets it free
Reviewed in the United Kingdom on 19 January 2019
Verified Purchase
This book is a must have along with the four agreements, the message is truth and love. What we all deep down are searching for. It is explained so well and clear without judgement. A true masterpiece in writing and if we need a bible ... This should be it.

read this In two days, we are one. It makes perfect sense.

Wet-slicks
5.0 out of 5 stars A very enlightening read
Reviewed in the United Kingdom on 24 November 2019
Verified Purchase
This is thought challenging stuff. It urges one to unlearn a lot of stuff we've been taught growing up and introduce some new ideas to one's way of life.
Read more
5 people found this helpful
Report abuse

Georgina
5.0 out of 5 stars Easy and quick read
Reviewed in the United Kingdom on 26 April 2020
Verified Purchase
Easy read, I don’t think I found any of it to be absolutely ground breaking but it was thought provoking
Read more
3 people found this helpful
Report abuse

Kay Campling
5.0 out of 5 stars Fantastic read
Reviewed in the United Kingdom on 5 February 2019
Verified Purchase
Absolutely brilliant book. I couldn't get enough and searched for more from this Author. Puts everything into perspective about love, life and understanding where we actually came from.
Read more
2 people found this helpful
Report abuse
See all reviews
Get FREE delivery with Amazon Prime
Prime members enjoy FREE Delivery and exclusive access to movies, TV shows, music, Kindle e-books, Twitch Prime, and more.
> Get Started
Back to top
Get to Know Us
Make Money with Us
Let Us Help You
And don't forget:
© 1996-2020, Amazon.com, Inc. or its affiliates