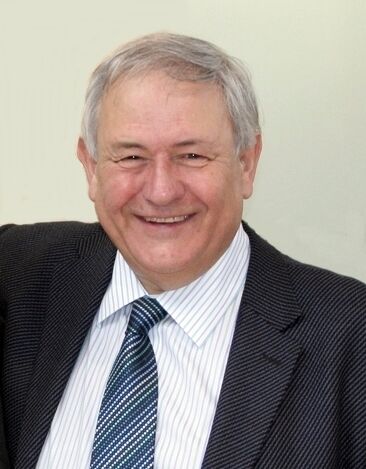 by Anthony C. Dweck (Author), Industry Editor (Editor)
4.3 out of 5 stars 3 ratings
Edition: First
See all formats and editions
Sorry, there was a problem loading this page. Try again.

This reference provides a concise overview for both formulator and marketer of much of the chemistry of the natural world the materials that inspire and aid the discovery of new product concepts and markets. This volume looks at the entire portfolio of natural raw materials and explains in simple terms the chemistry, the folklore and traditional uses that nature has provided.

For the first time, information has been assembled on almost 300 fixed oils, 200 essential oils and 600 botanical extracts, making this a useful handbook and companion for anybody who requires a quick overview of this subject. There is also a wealth of toxicological information assembled in this volume. The extensive section on color brings together knowledge and chemistry that is comprehensive and detailed and rarely found in one place. Topics include:

I have long admired Tony Dweck's combined chemical, botanical and medical knowledge. The comprehensive library of plant reference books he has authored, which are regularly purchased and read, along with his personal experience of working for the cosmetic industry, writing for cosmetic journals and conferences, and his famous Dweck Database, make him the author of choice for a book titled Formulating Natural Cosmetics.

The naturals are covered in 14 chapters that the Latin names of plants in alphabetical order followed by their respective trivial names. There is also a chapter on minerals and another that covers legal issues associated with formulation, followed by four appendices covering toxicity of essential oils (tabulated data); natural color review (tabulated data such as natural source, supplier, trade name, etc.); scrubs and abrasives; and finally a glossary of medical terms. There is an index and, where necessary, chemical formulae
illustrate the text.

This is not a book given over to literature references; had these been required, the book would never have been finished. What we have is a comprehensive, easy-to-read and clearly classified reference book of value not only to those associated with the cosmetic industry, but to all those needing information about plants for any reason. --Roland Hardman, BPharm BSc(Chem) PhD FRPharmS, Reader in Pharmacognosy, University of Bath, UK (retired)

This massive reference work is exactly what you would expect from such a prolific author and expert on all things natural and botanical. It is the usual, quite thorough research and compilation of knowledge on the traditional uses and constituents of natural materials, many of which are already used in the cosmetic industry. This volume also covers some less familiar plants and natural materials that may provide inspiration to manufacturers and raw material suppliers alike.

The chapters on fixed oils, butters and fats and waxes are very comprehensive and address ingredient cross-over with some materials. Triterpenoidal saponins, an interesting class of ingredients that can be used as natural surfactants and that are not often discussed, here find ample attention. Similarly, the chapter on natural preservatives is very informative. Minerals, including extracts of precious gem stones, and marine ingredients are also types of more unusual natural ingredients that are sometimes ignored by other texts; their coverage here really contributes to this volume s esteem. A large chunk of the book is, as it should be, devoted to botanicals and active ingredients, but it is the chapters on newer areas such as gemmotherapy, isoflavones, phytohormones and phytosterols that truly make this book unique. The final chapter covers the regulatory framework in the United Kingdom, and greater Europe, concisely addressing some of the pitfalls common to the unwary.

Formulating Natural Cosmetics is certainly going to become a very useful reference text on my bookshelf that will be well-thumbed over the years --Judi Beerling, C Chem MRSC, MBA, Organic Monitor Ltd, UK

The author is founder of a company in the UK devoted to the study of botanicals and their chemistry and has long been planning to put this information in a book. Here he presents approximately 300 fixed oils, 200 essential oils, and 600 botanical extracts for formulators and marketers of new products. Each entry offers a chemical description and commentary on traditional use, as well as extraction methods when available. Some data are presented in tables, where coverage includes natural butters and waxes, emulsifiers, preservatives, anti-irritants and color, along with isoflavones, phytohormones and phytosterols. A chapter on gemmotherapy introduces a type of phytotherapy based on maceration of plant buds and shoots. A chapter on legal challenges should be interesting to anyone in the industry. --Eithne O'Leyne, Annotation © Book News Inc., Portland,

Author Expertise
Anthony Dweck is the founder of Dweck Data, which is devoted
to the study of botanicals and their chemistry. He has authored
over one-hundred articles, papers and book chapters on various
aspects of the cosmetics and toiletries industry. He maintains a
unique library of over 650 volumes on medicinal plants and their
uses as well as a unique computerized database on over 80,000
species of plants. He also maintains a comprehensive computer
database of supplier technical data sheets.
Tell the Publisher!
I’d like to read this book on Kindle

Please see our web site for articles and other free data. www.dweckdata.com

Dweck has worked for Smith &amp; Nephew, S.C. Johnson, Marks &amp; Spencer, and Peter Black (now LF Beauty). In 1998 he formed Dweck Data in order to devote more time to the study of botanicals and their chemistry.

Author of over a hundred articles and papers on various aspects of the Cosmetic and Toiletry industry and numerous book chapters, Anthony is also a frequent lecturer on his favourite topic of botanicals/ medicinal plants and has presented over 80 papers at conferences all over the world. He was a regular organiser of the conference programme for PCIA (Personal Care Ingredients Asia) and the honorary organiser for the SCS Spring Symposium 13-15th May 2007 &quot;the 100% Natural Conference&quot; at Staverton Park, Northants.

The Handbook of Formulating Natural Cosmetics and the Handbook of Natural Ingredients together now make up the revised Formulating Natural Cosmetics that was originally published by Allured. It is double the size of the original work and this explains the need to publish it in two volumes. These two volumes are suited to the creators of natural products be they marketing or technical. The price of the original volume was about &pound;86, the price of both the new volumes together is &pound;50. I am pleased that the size has doubled but the price has dropped.

The Handbook of Cosmetic Ingredients is the last of the trilogy and aimed at the safety assessor or compliance officer. In addition to an overview of the material it also has the toxicological data. It replaces the originally published eBook but despite numerous attempts with format sizes it will not fit into a single volume at 1,200 or so pages.

It had been my intention (as shown on LinkedIn) to publish the mass of data that I had assembled and created over the course of 45 years in the personal care industry. The last and final step, probably the most difficult, will be to assemble the hundred plus published papers from the year 1979 onwards and pull them into one volume, together with the lectures and proceedings from eighty or so conferences.

Finally, to make available the software programme that I have been writing for the last twenty years to assess a cosmetic formulation and show the legal status around the world.

4.3 out of 5 stars
4.3 out of 5
3 global ratings
How are ratings calculated?
To calculate the overall star rating and percentage breakdown by star, we don’t use a simple average. Instead, our system considers things like how recent a review is and if the reviewer bought the item on Amazon. It also analyses reviews to verify trustworthiness.

Lauren Bromberg
5.0 out of 5 stars Expensive, but important information.
Reviewed in the United States on 23 March 2015
Verified Purchase
I learned a ton flipping through this as well as by reading the sections I needed. It was a huge help in learning the proper care in formulating natural cosmetics (which I did professionally for a time and still do for myself). It's a great companion.

I know it's a lot of money, so it might not be worth it to someone just playing around. But it's really good if you are thinking of doing formulations for a business or on a larger scale.

Paula
3.0 out of 5 stars Good Reference Guide
Reviewed in the United States on 25 April 2011
Verified Purchase
A good reference guide for all of the natural ingredients you may want to use in natural cosmetics. I was hoping for some recipes and chemical guidance on how different things worked together; neither of which were in the book unfortunately. I also think the book is great if you already know what you want to use in your preparations for a particular remedy, however it lacks a good reference for finding things with certain properties. For instance, if I suffer from redness in the face, I would like to be able to look up "facial redness" and find out what herbs or oils etc will combat that problem. The only way I would be able to have a reference like this is to put together a database of my own from all of the information provided in the book. Not sure I've got the time! Overall not terribly helpful, but well presented and fabulous information - just a little hard to find!
Read more
13 people found this helpful
Report abuse

muse
5.0 out of 5 stars Great botanical book for cosmetics
Reviewed in the United States on 22 November 2010
Verified Purchase
It is a great book. Well investigated and "complete". I was missing such a book and tending to find partners to write something similar. But this book is much better than I ever could do it. The only thing I am missing is some illustrating photos of the plants. But this is certainly a matter of costs.
Tony you did great - Olaf
Formulating Natural Cosmetics
Read more
6 people found this helpful
Report abuse
See all reviews
Back to top
Get to Know Us
Make Money with Us
Let Us Help You
And don't forget:
© 1996-2022, Amazon.com, Inc. or its affiliates